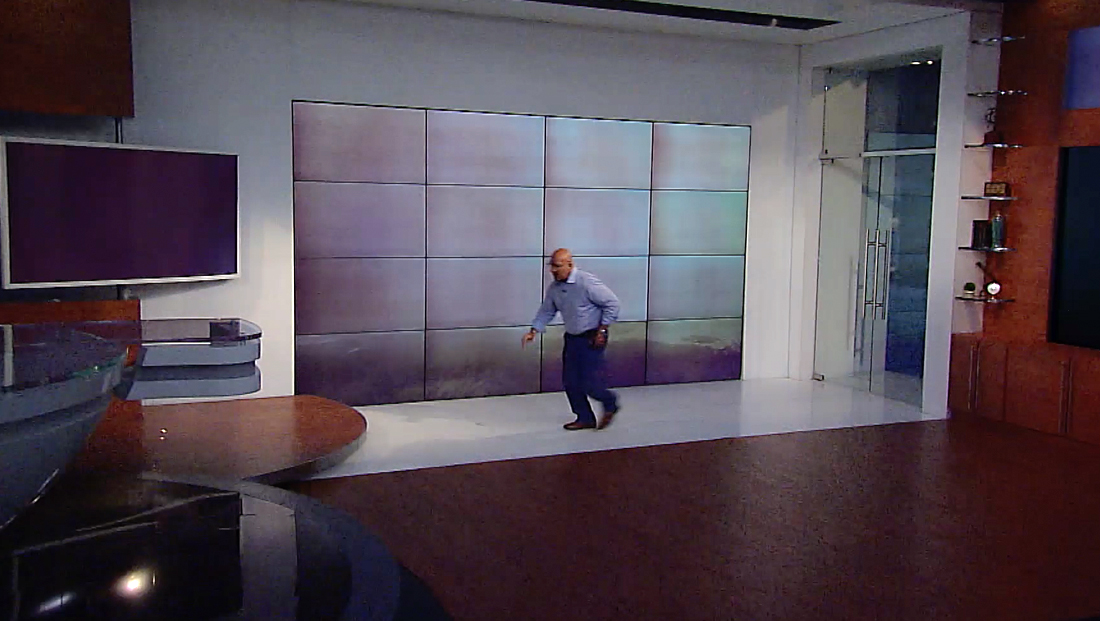 The Weather Channel used immersive mixed reality to showcase the power of a tornado — by having it “wipe out” its own studio.

The segment, which aired the morning of Wednesday, June 20, 2018, started out looking normal enough — with Jim Cantore standing in the studio in front of a video wall array, which served as a portal to a realtime simulation of a tornado.

An empty country road with increasingly angry sky gets darker and darker as the storm approaches. In the segment, Cantore encourages viewers to stay at least 40 feet away from any live wires while noting that he would, in fact, be standing too close if the downed pole was real.