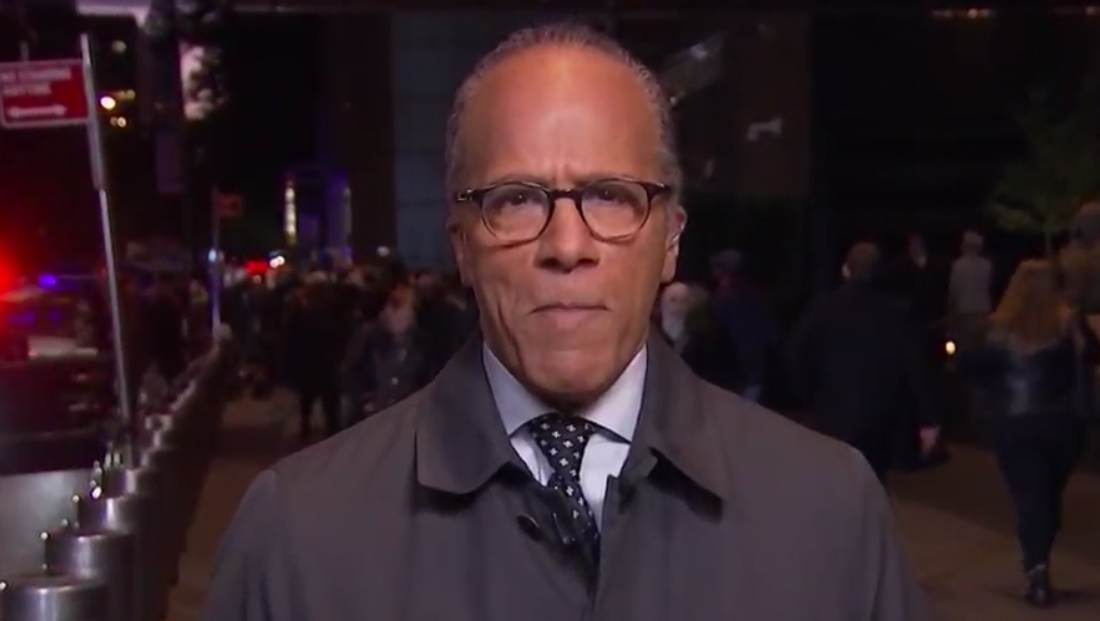 While CBS and ABC stayed put in its New York City studios despite news that CNN’s Manhattan bureau received one of the multiple pipe bombs that popped up around the country Wednesday, Oct. 24, 2018, “NBC Nightly News” ventured outside and anchored its entire broadcast from near the Time Warner Center. 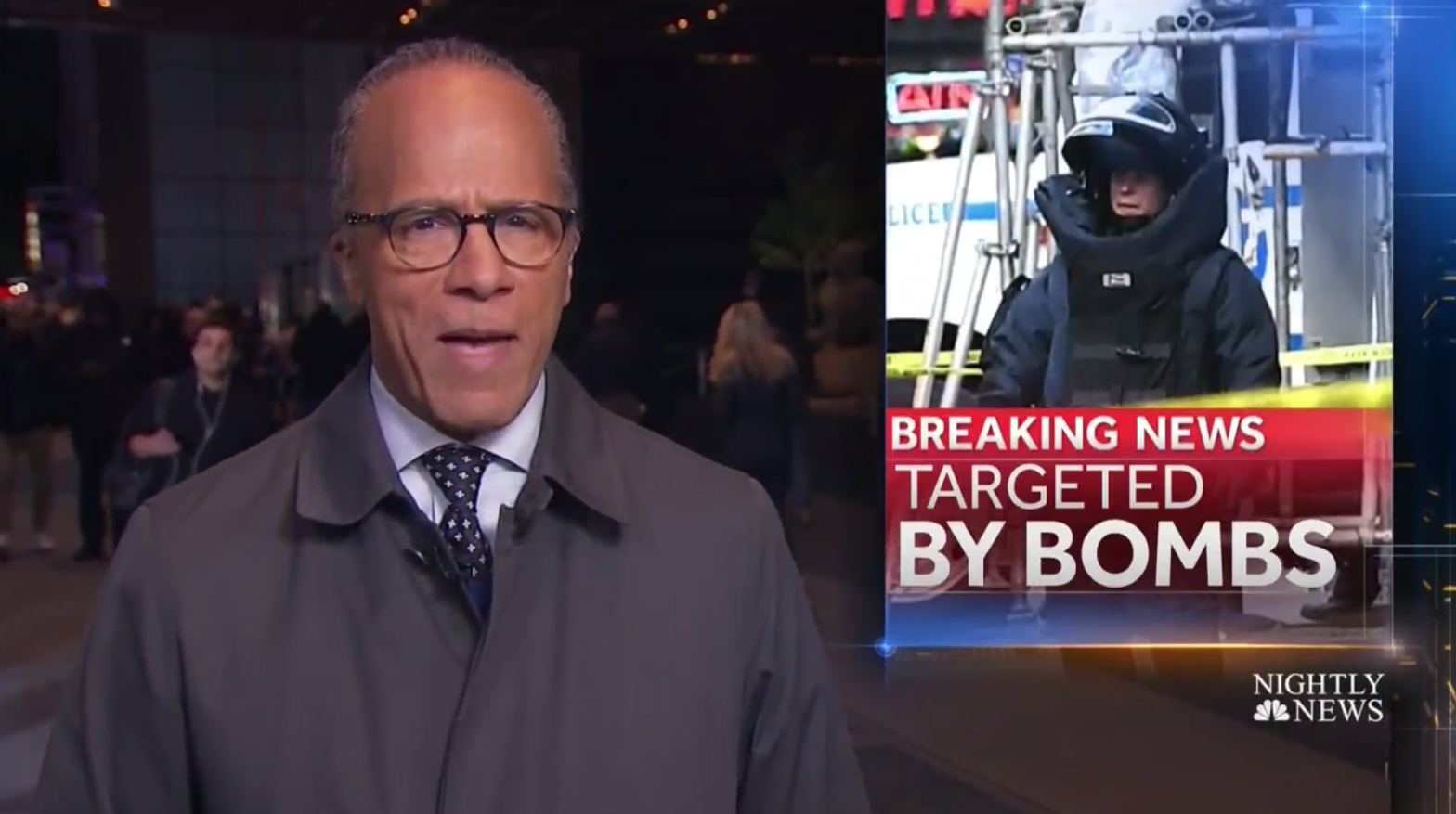 Anchor Lester Holt stood on a fenced off area of the street near Time Warner Center, likely along West 58th Street between the entrance of a public shopping mall and Time Warner’s offices. Most of the broadcast used OTSs, including a “breaking news” “targeted by bombs” one at the top. 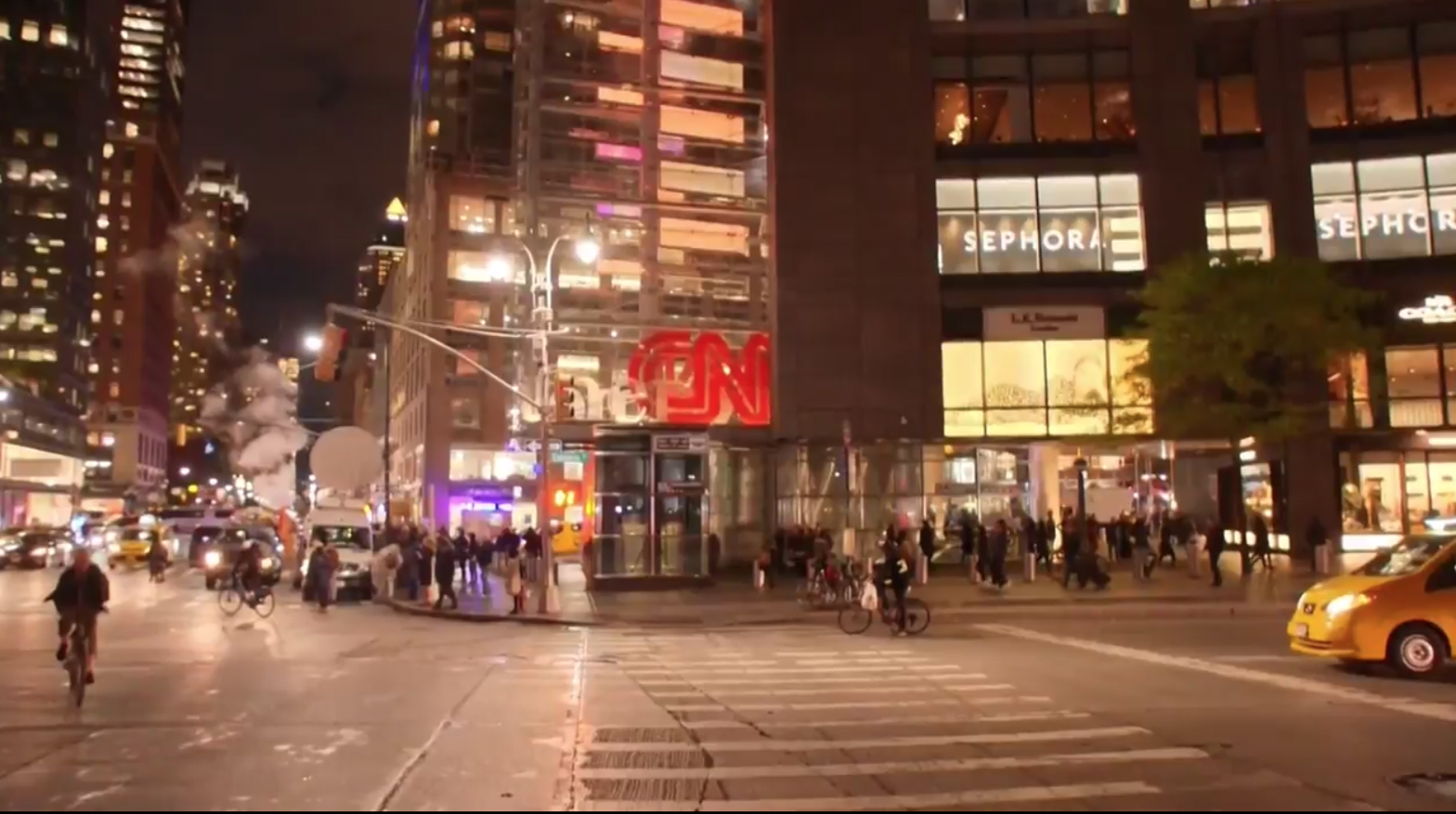 In both a brief opening overview and the close shot for ‘Nightly,’ the broadcast showed the prominent CNN logo in the southeast corner of the building. 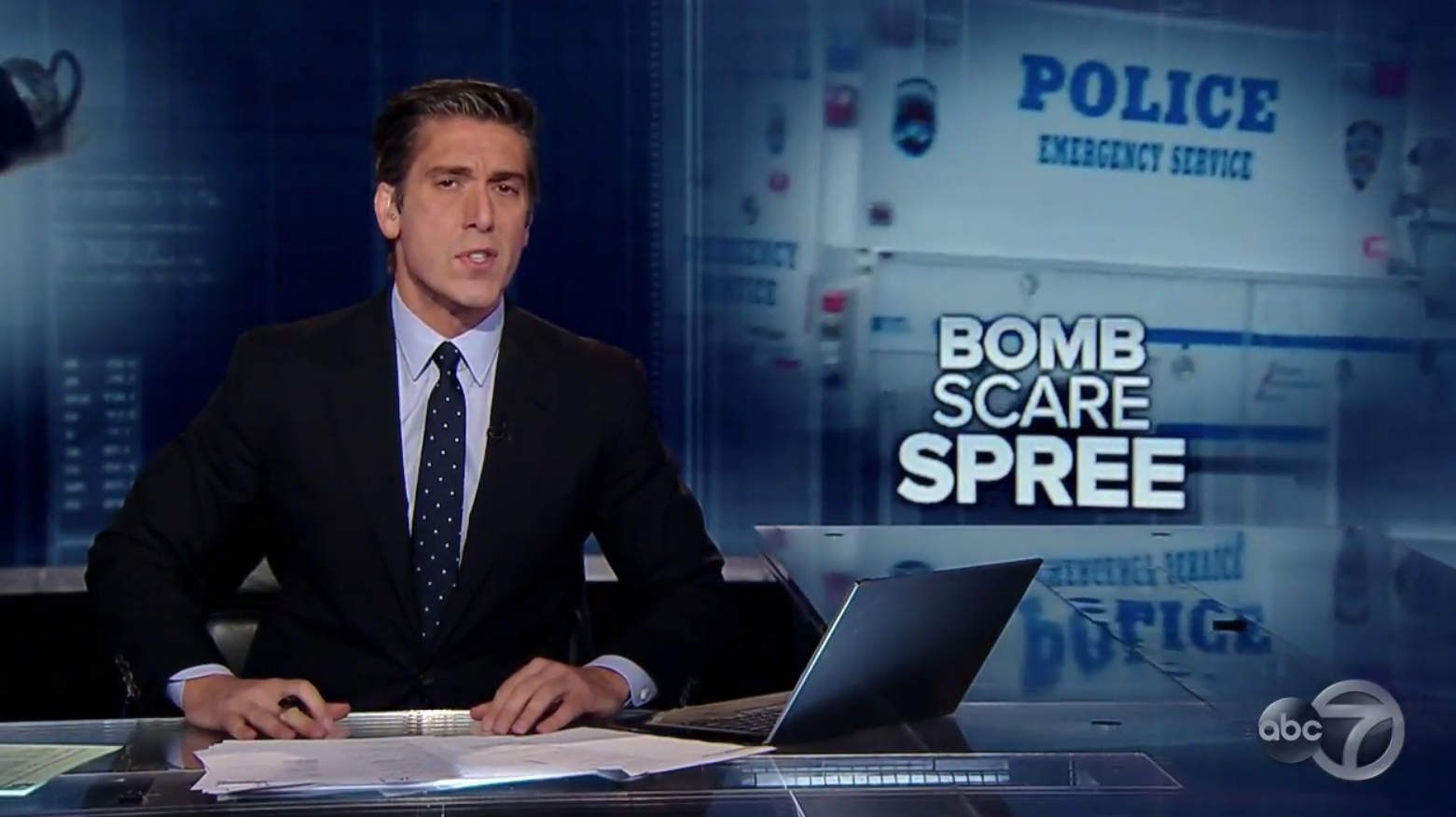 ‘ABC World News Tonight‘ kicked off its newscast with coverage of the bomb scare. 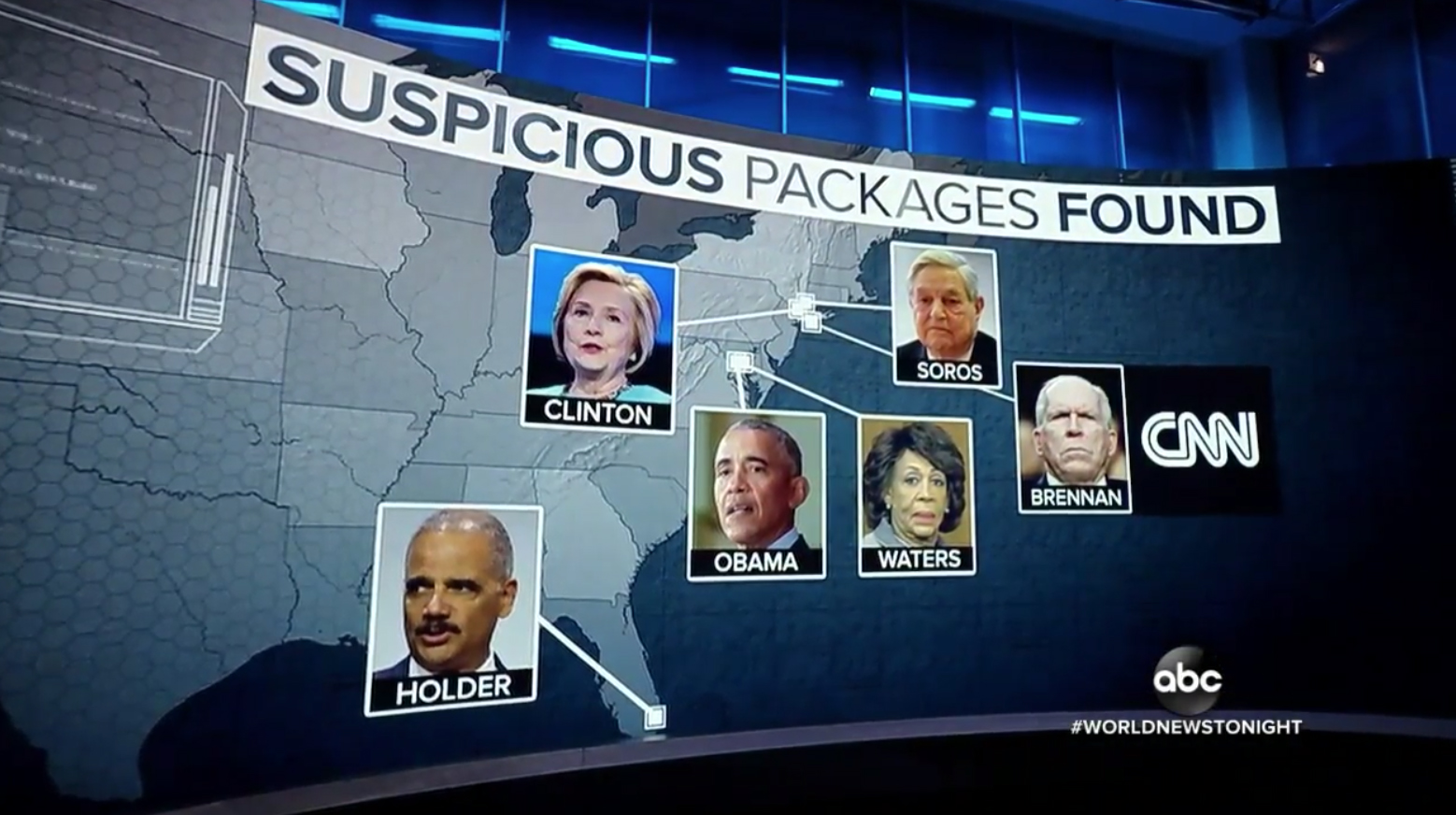 The broadcast used is massive curved video wall to showcase a map of locations where packages were sent. Both ABC and CBS did have live correspondents near Time Warner Center.