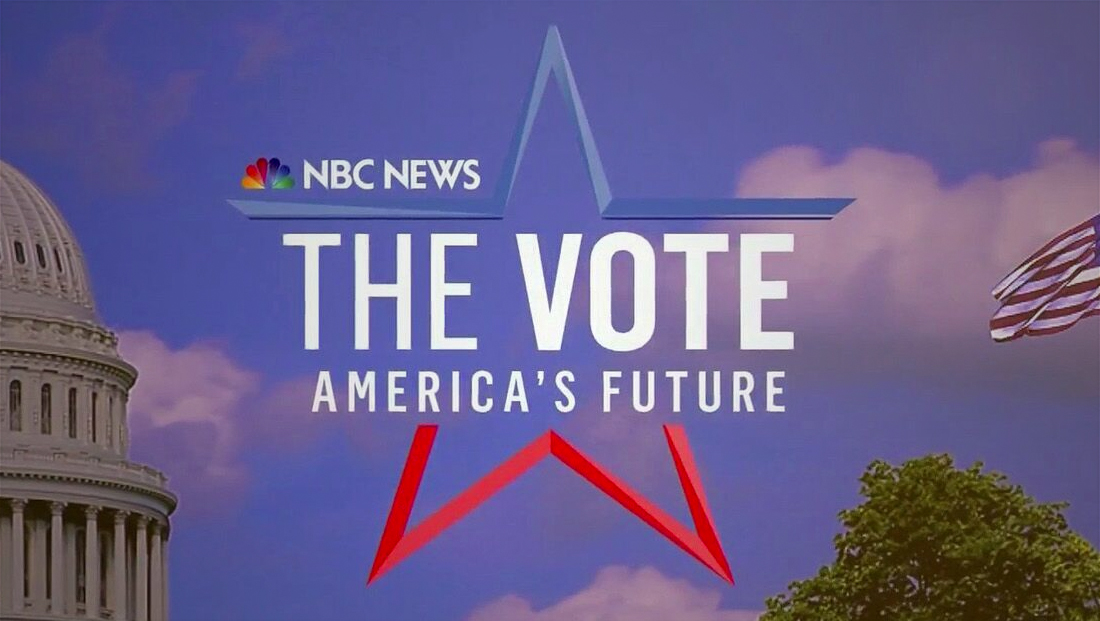 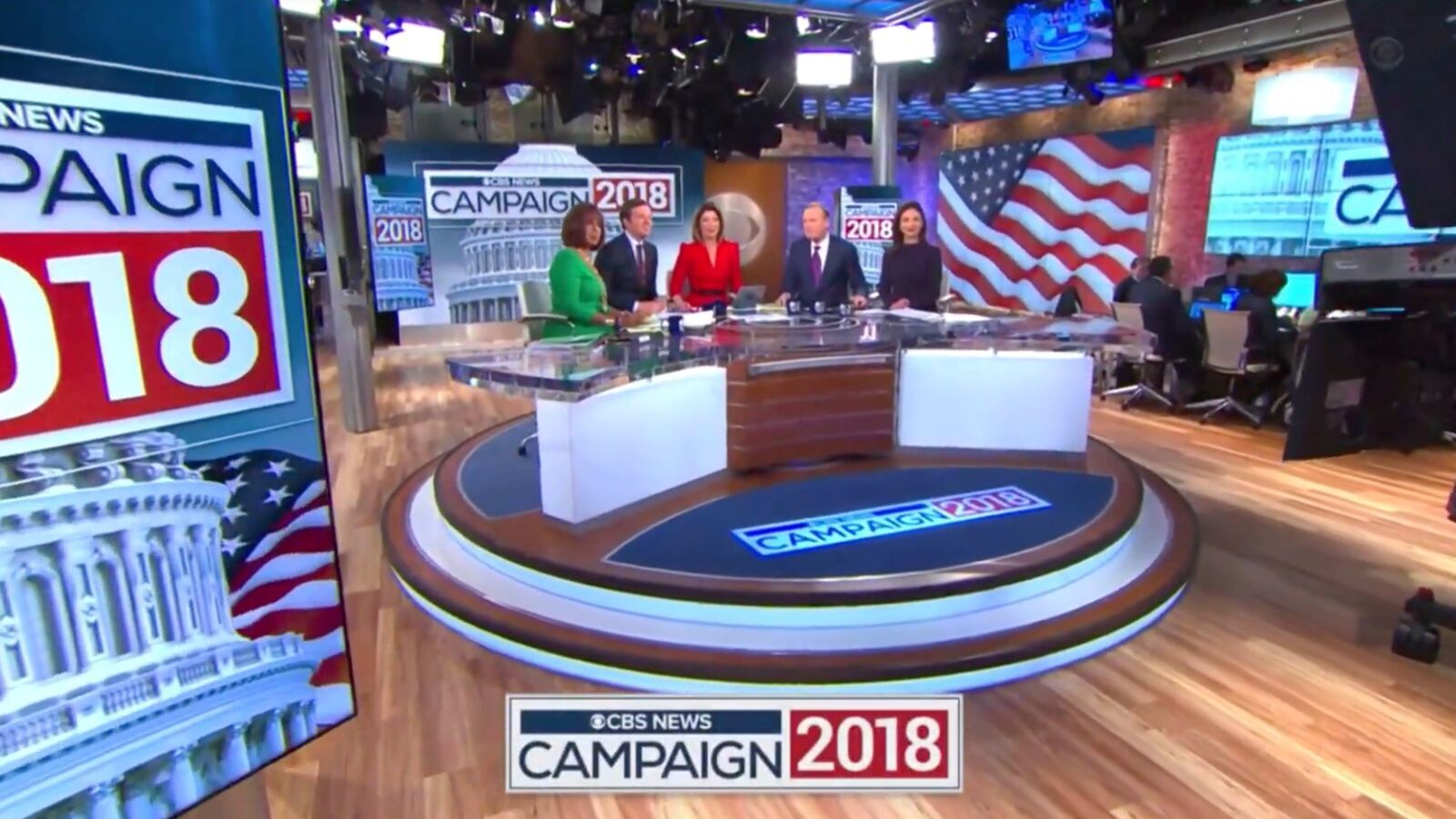 CBS originated its coverage from Studio 57, home of ‘CBS This Morning‘ and ‘CBS Evening News.’ The space’s video panels were used to display the network’s election graphics, while lighting added splashes or red, white and blue. 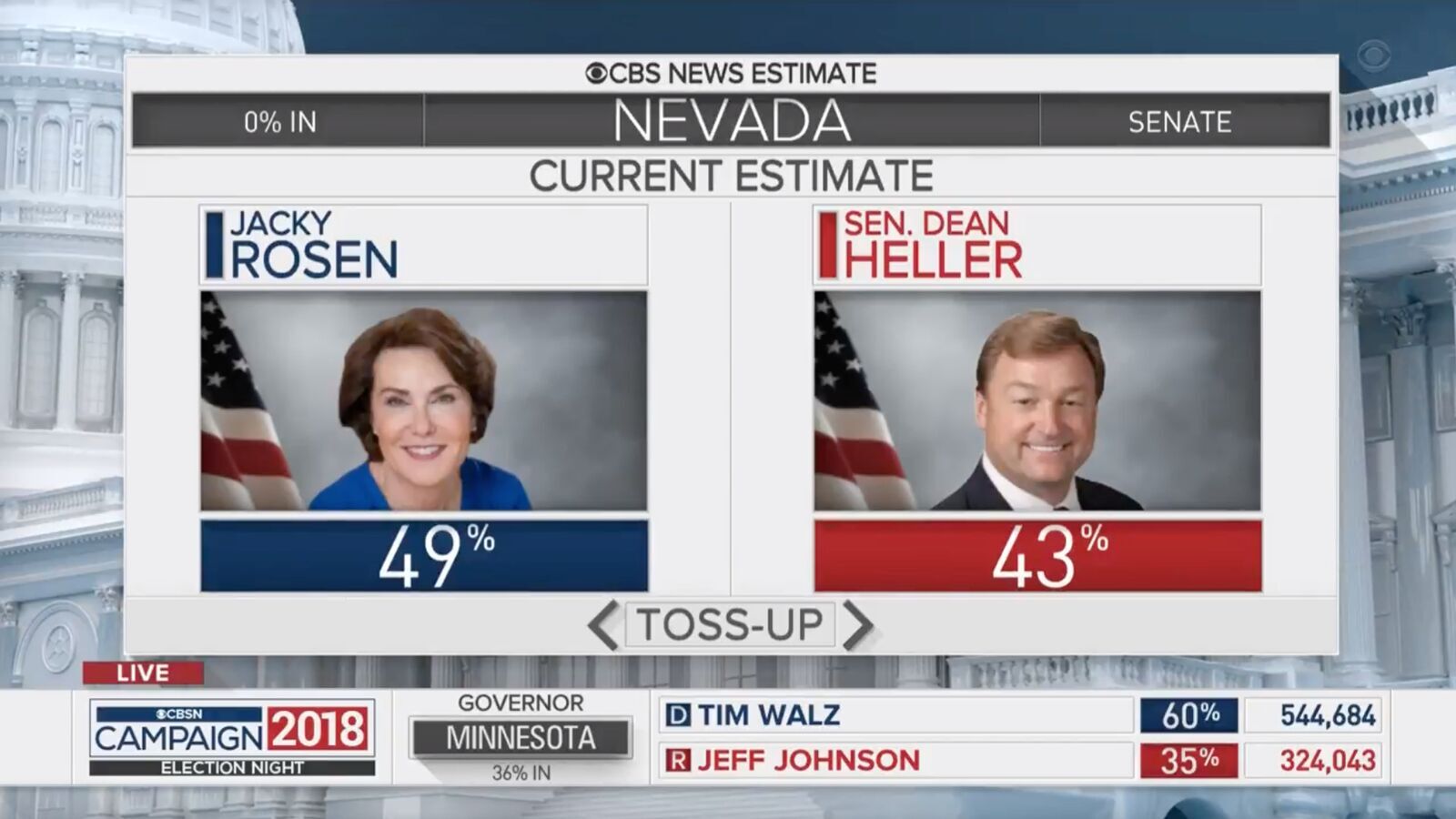 The rectangle shapes with borders was also used in the network’s new election graphics package, which used a detailed 3D rendering of the Capitol as a background. Viewers were treated to ‘flybys’ of the House and Senate sides as races for each chamber were called. CBS also redesigned its ‘ticker’ with rectangular boxes and subtle 3D elements to display a wide range of voting data and information. 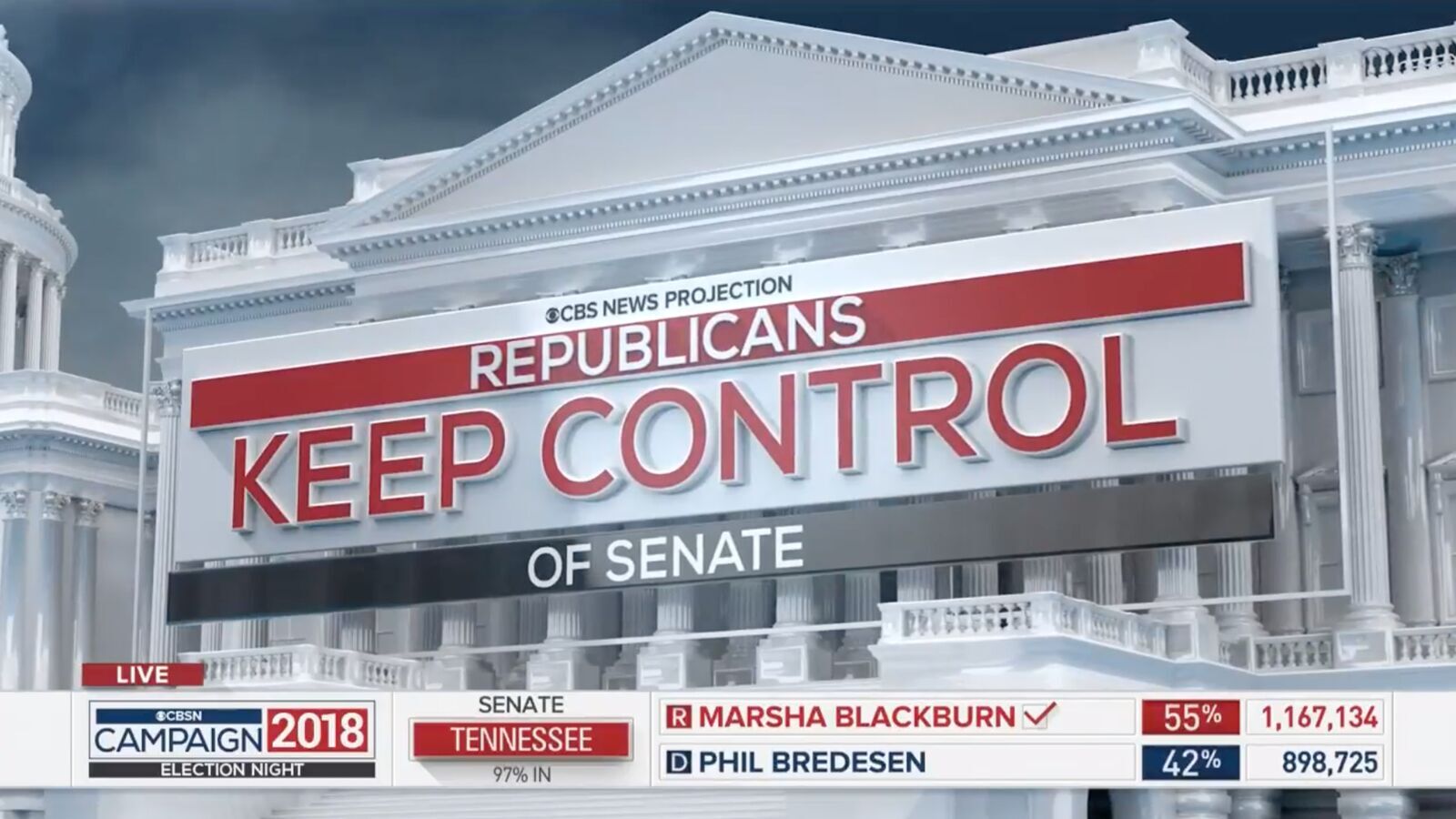 Viewers were treated to ‘flybys’ of the House and Senate sides as races for each chamber were called, such as this Senate-themed graphic that featured a ‘banner’ floating in front of the Senate wing entrance of the Capitol. While the rendering of the building and surrounding landscape was not super-realistic, the look did have a similar feel to augmented reality-style graphics.