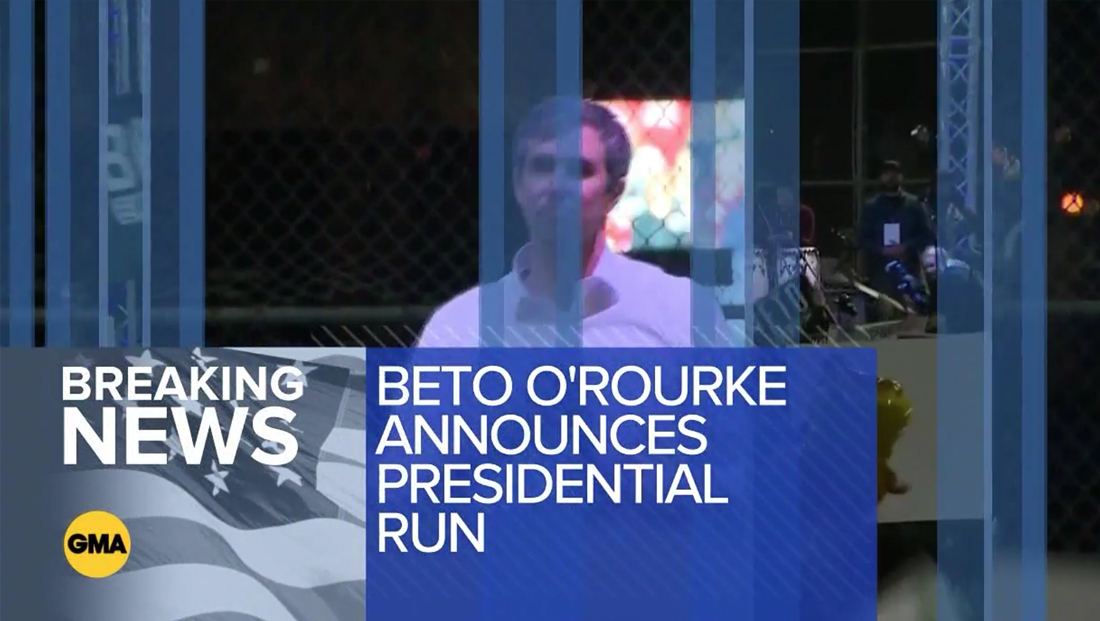 Despite an early morning announcement to supporters no doubt strategically meant to get coverage on the network morning newscasts, Beto O’Rourke’s long-speculated presidential run got pushed aside for news of the grounding of the Boeing 737 Max 8.

ABC’s “Good Morning America” included the story in its opening teases under the “breaking news” banner and the text-heavy teaser graphic option in the redesigned look it debuted in February.

The network lead with the Boeing story, but switched gears to O’Rourke about 13 minutes into the show. 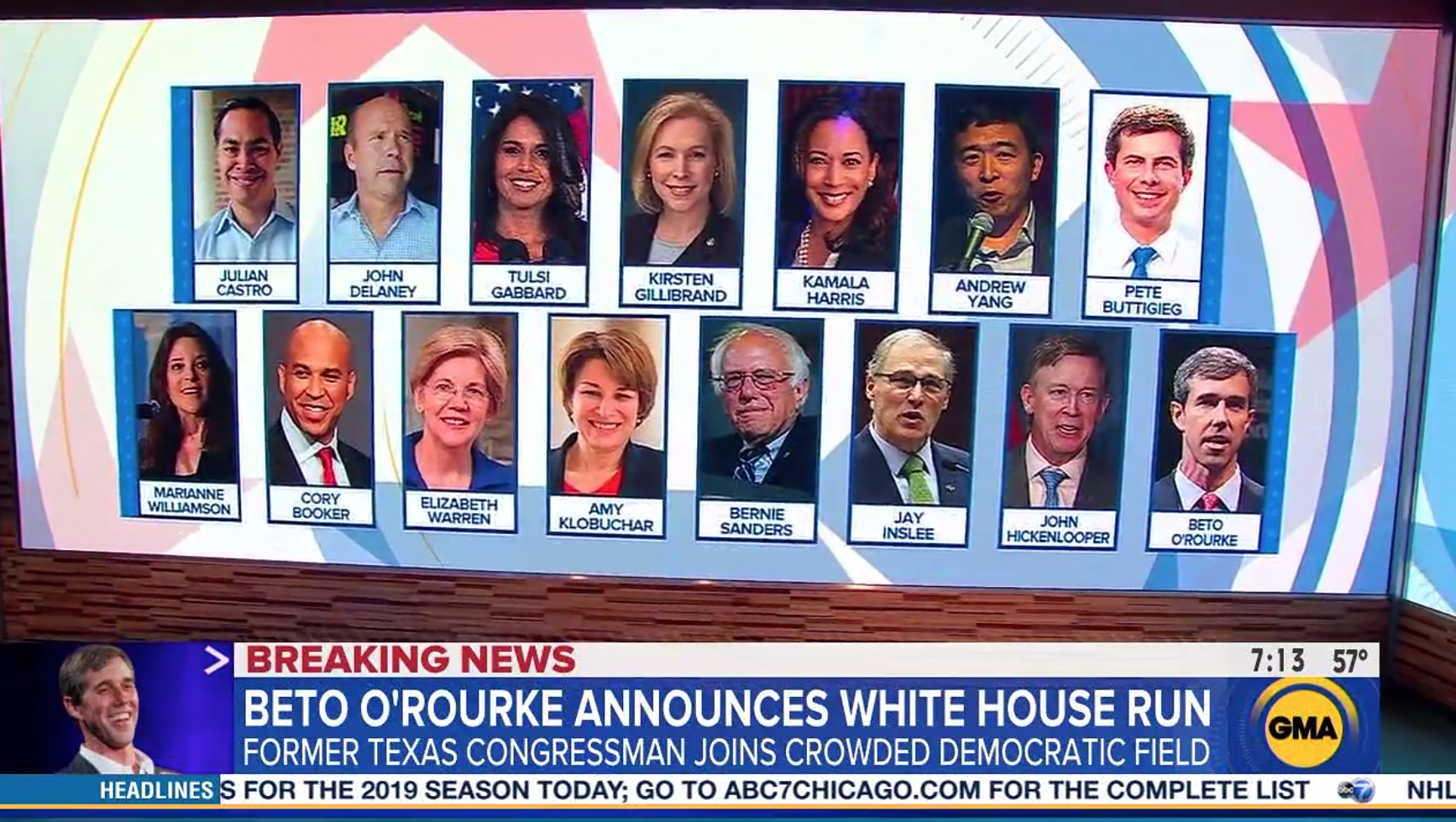 Using one of its video walls, ‘Good Morning America’ did a ‘video on video‘ and ‘walk and wander‘ shot of the crowded field of now 15 candidates vying for the democratic nom — with O’Rouke’s photo appearing on screen when the network punched up the shot. 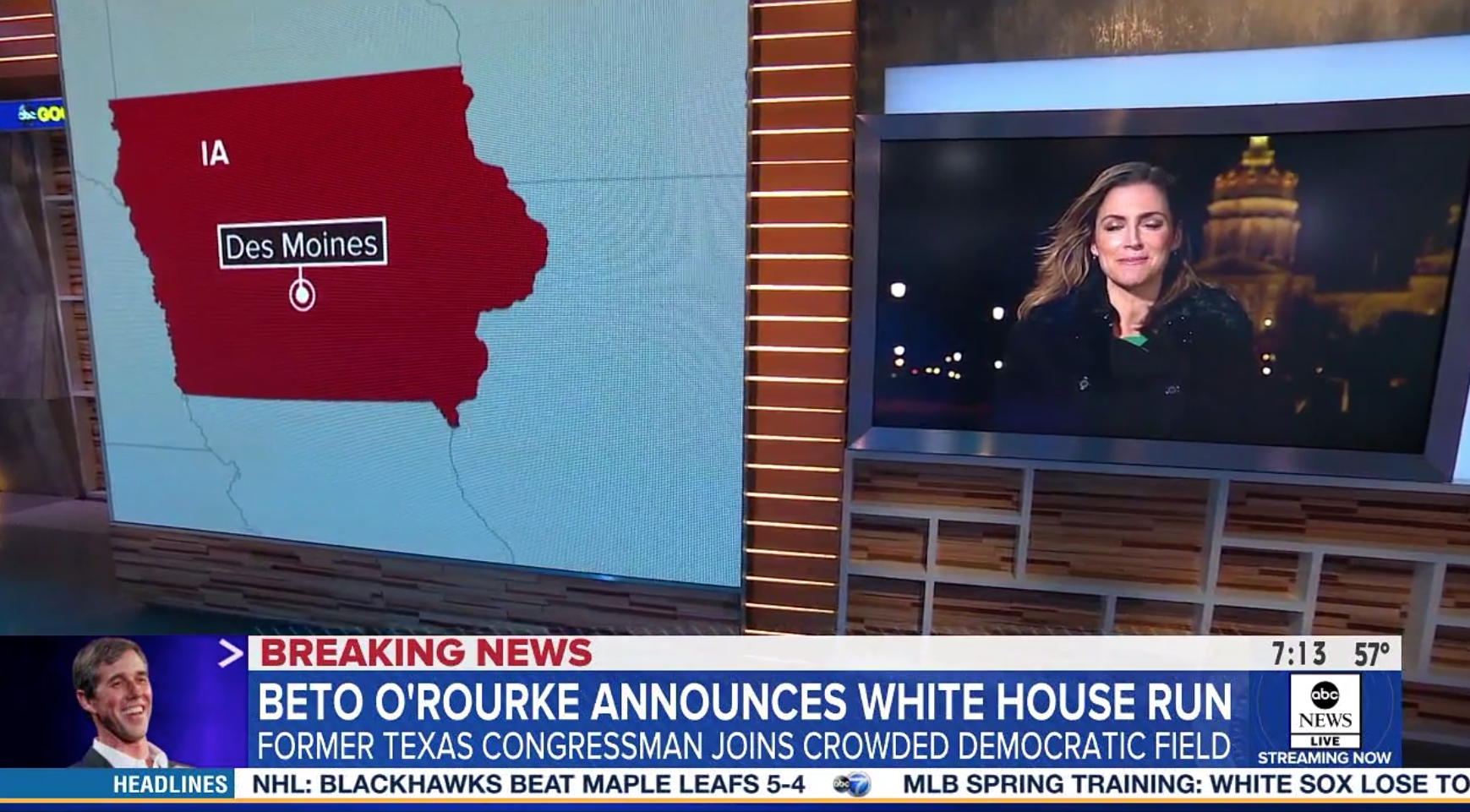 Another video wall and a smaller in-studio monitor sometimes used for standups was used for a live toss to Des Moines, Iowa, where O’Rourke is campaigning. 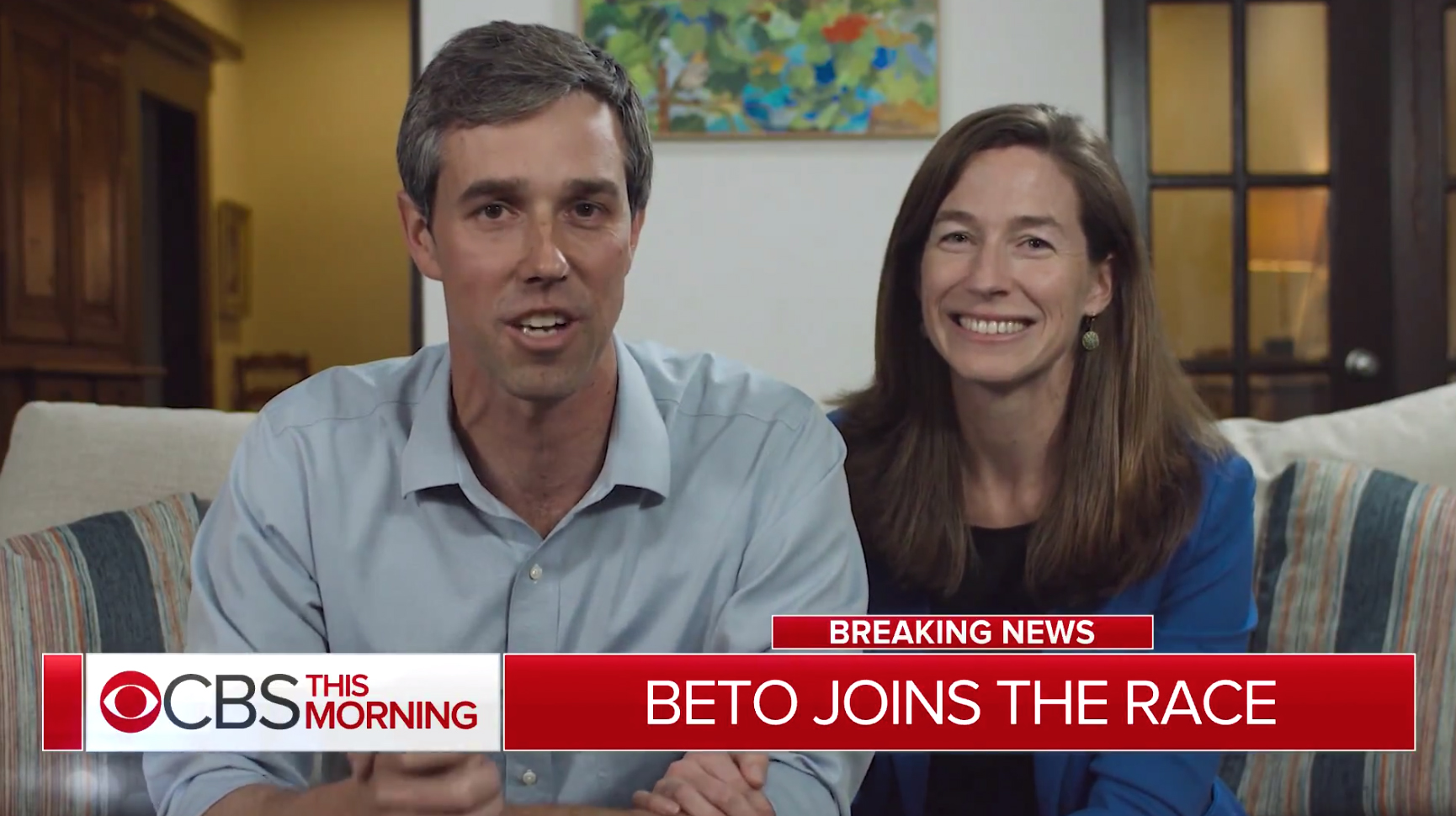 ‘CBS This Morning‘ lead with the Boeing story, but was the fastest of the big three networks to switch to O’Rourke coverage — making the transition about seven minutes into the show. 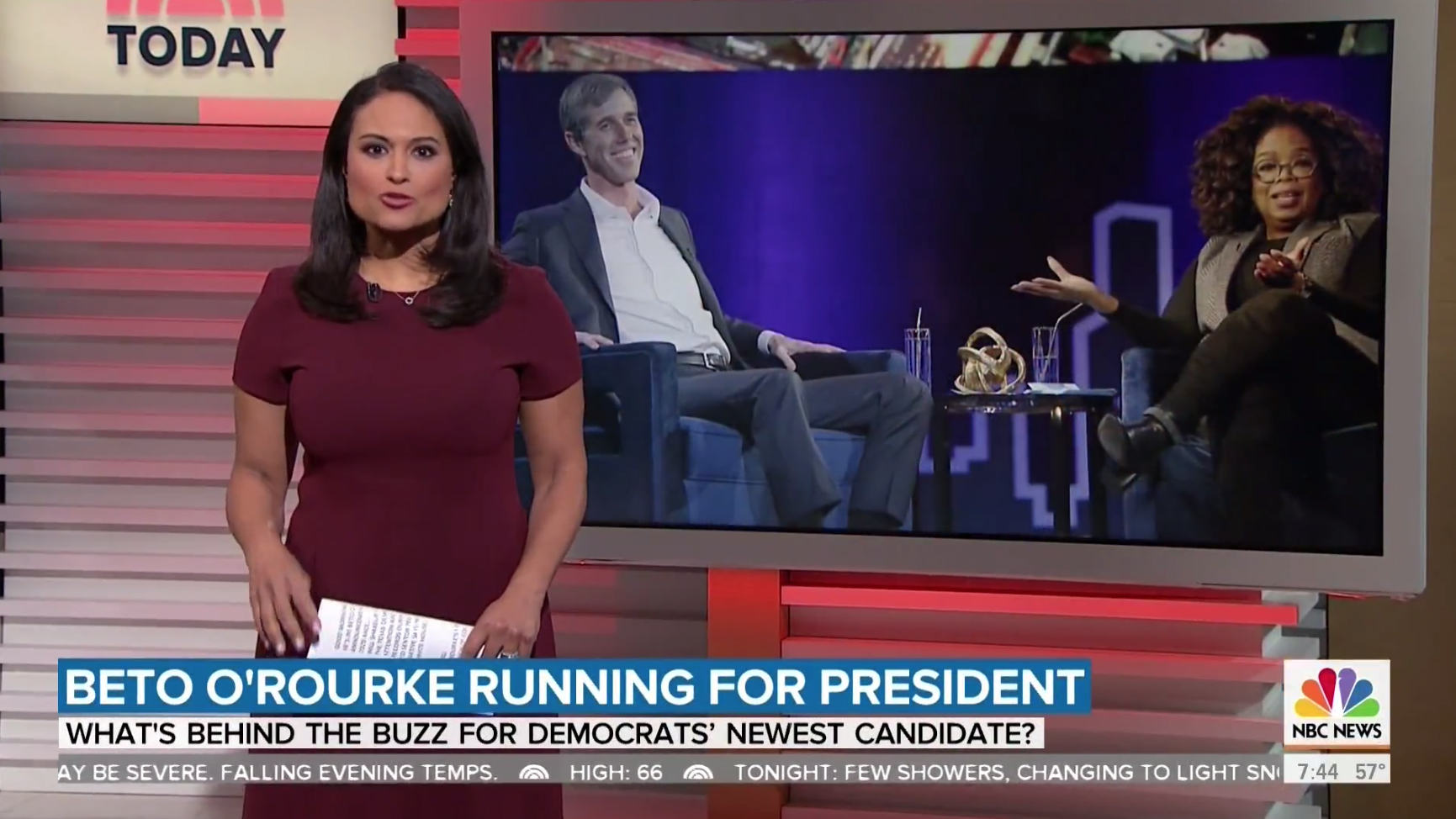 ‘Today,’ meanwhile, included O’Rourke as the first of the three shorter teases it uses after a block of longer ones — and didn’t feature a full report on the news until 44 minutes into the broadcast, when Kristen Welker joined the show from Washington. NBC did have a live in-depth interview with the interim head of the FAA on the Boeing story, which took up much of the time before it got to O’Rourke.

Correction: An earlier version of this story misidentified the model of Boeing aircraft covered. The correct mode, the 737 Max 8, has been updated in the story above.