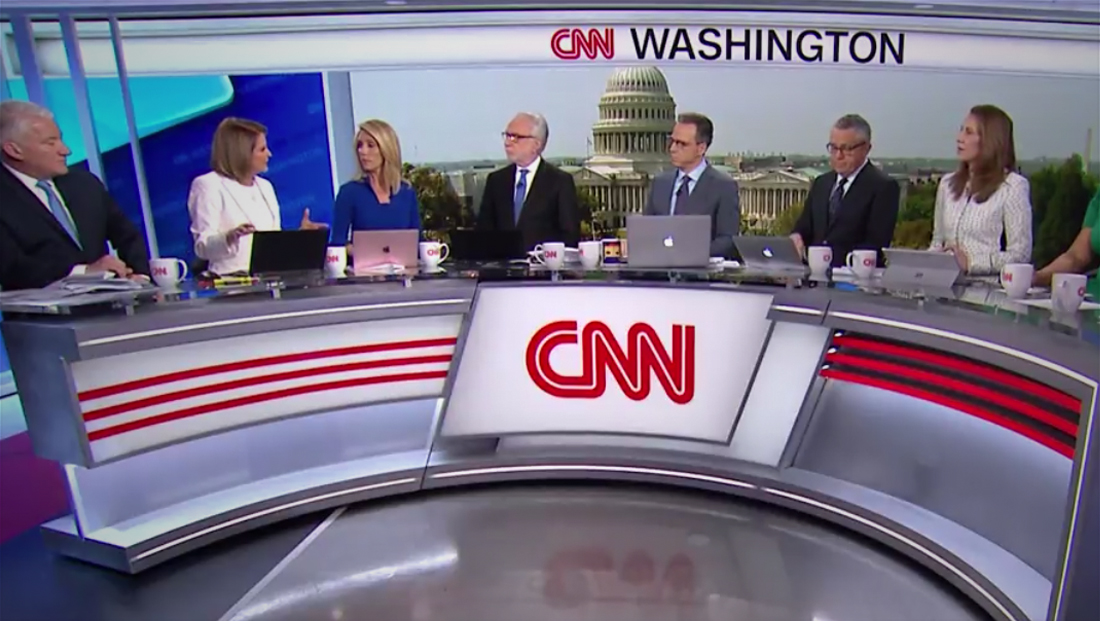 The highly anticipated redacted version of the Mueller Report was released to the public shortly after 11 a.m. Eastern — and all U.S. networks were ready with extended special reports. 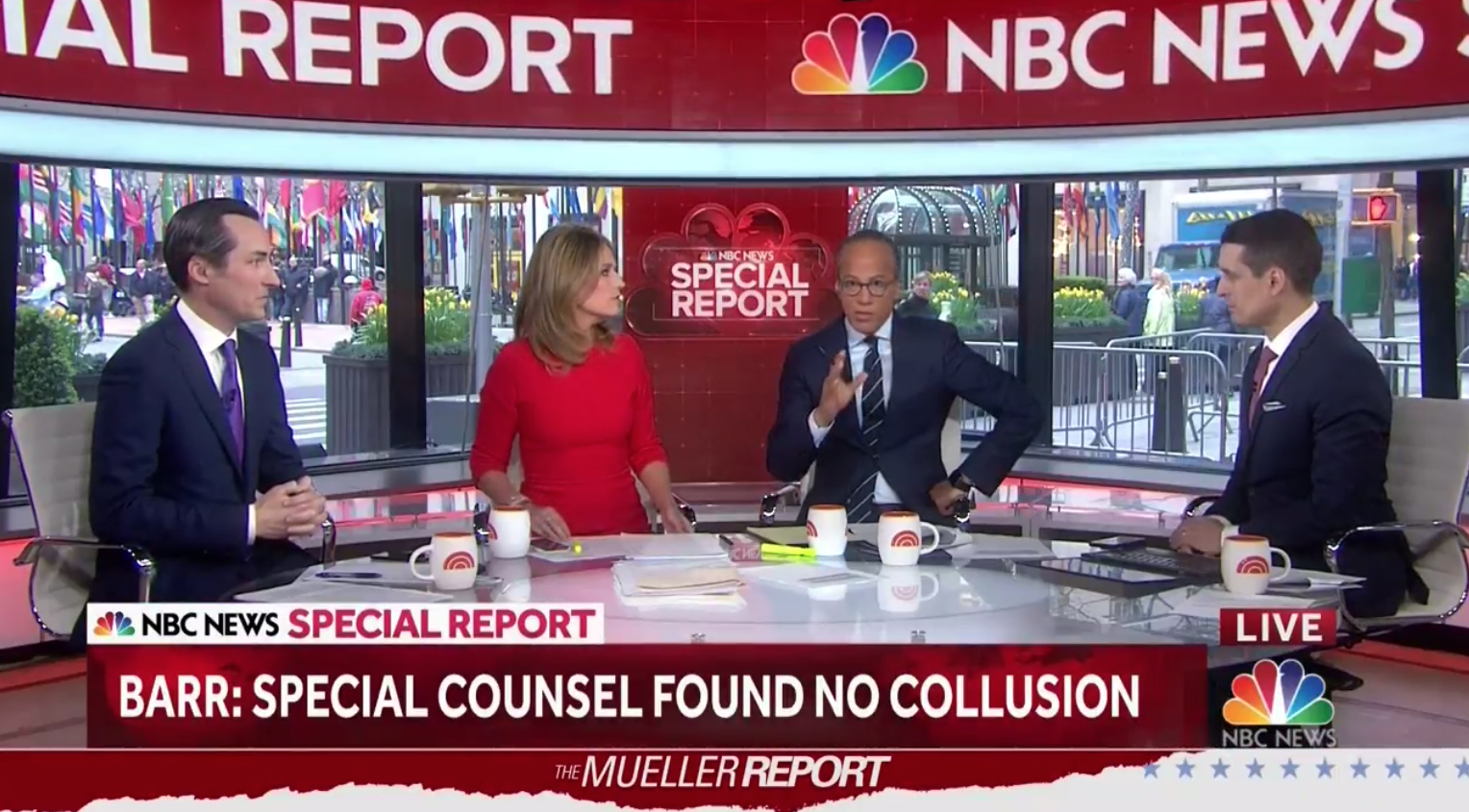 NBC broke in again with its standard special report look — with Lester Holt and Savannah Guthrie once again reporting from Studio 1A, normally the home of “Today.” 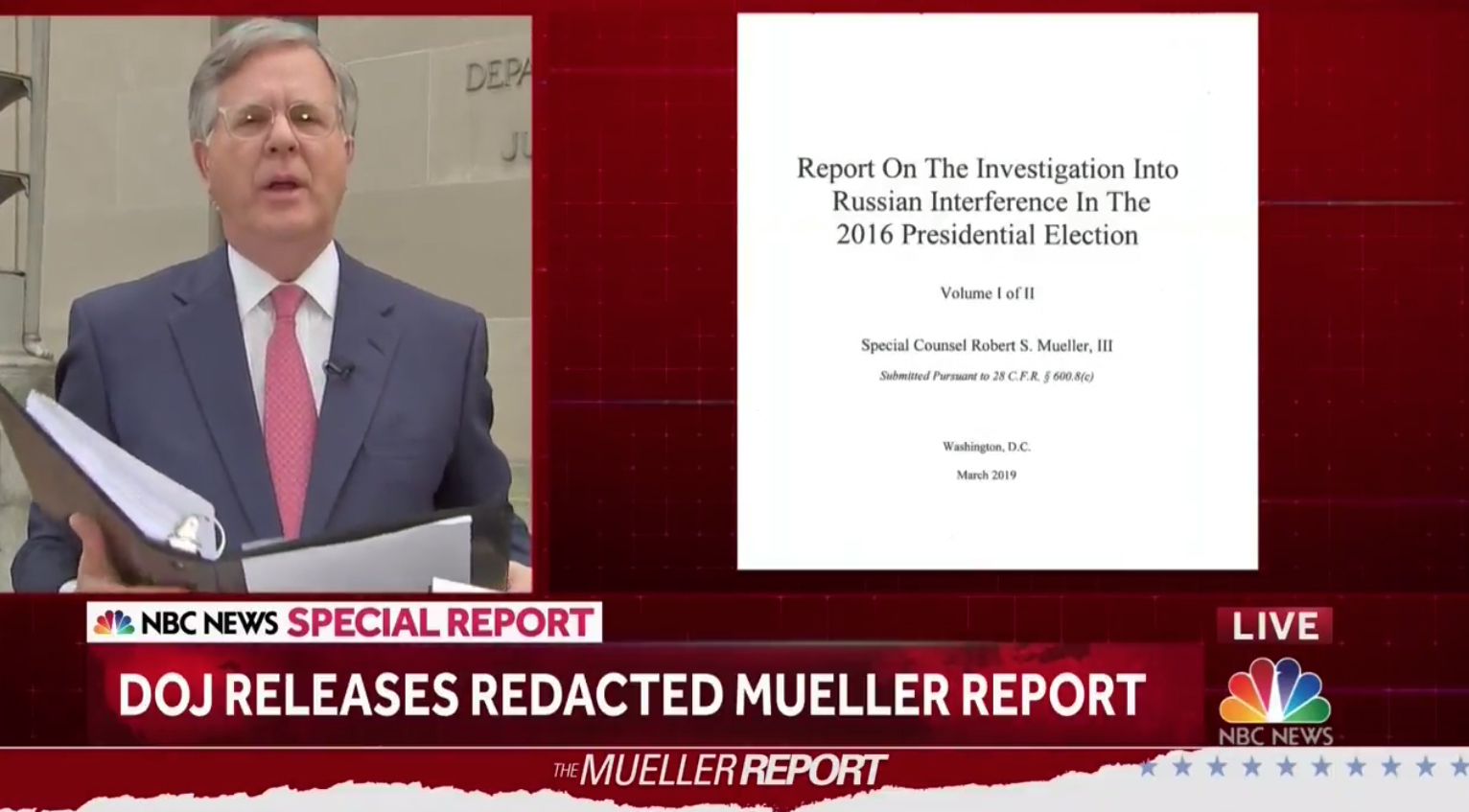 After the report was released, NBC’s Pete Williams was shown on air with a thick black binder containing one part of the two-part report. He also was reading excerpts from it live on air.

CBS also broke into programming with a slightly revised version of its Mueller Report open — this one with the word “Released” added in a yellow highlight.

During the beginning of the report, a staffer can be seen running behind “CBS This Morning” co-anchor Norah O’Donnell as she mentions the network was busy printing out the report. 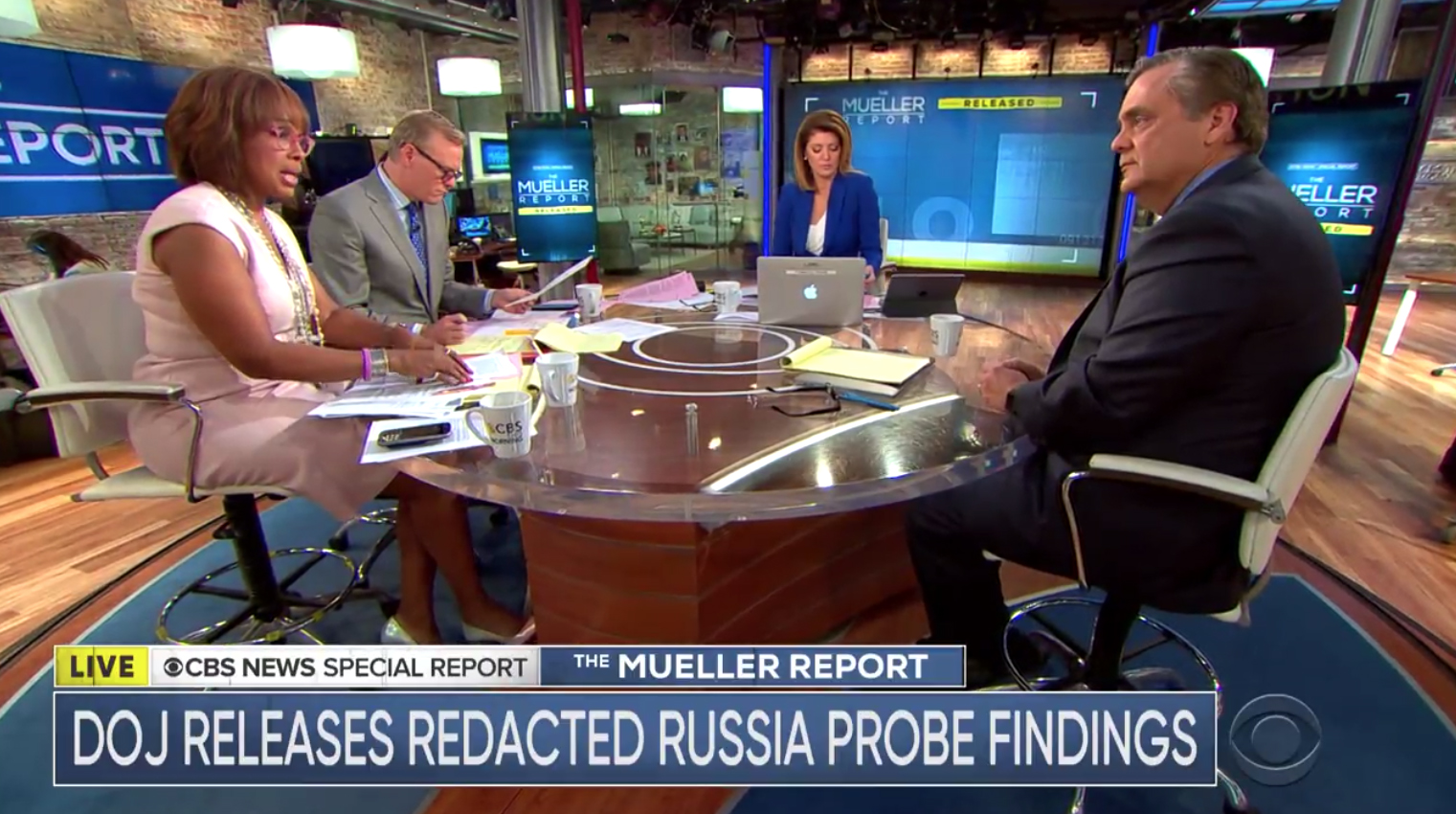 Later in the report, ‘CBS This Morning’ co-anchors Gayle King, Norah O’Donnell and John Dickerson were all seen reading parts of the report from both printed and digital copies on the set.

ABC News was already in the middle of rolling coverage when the report was posted, so anchor George Stephanopoulos interrupted Jonathan Karl with the news. 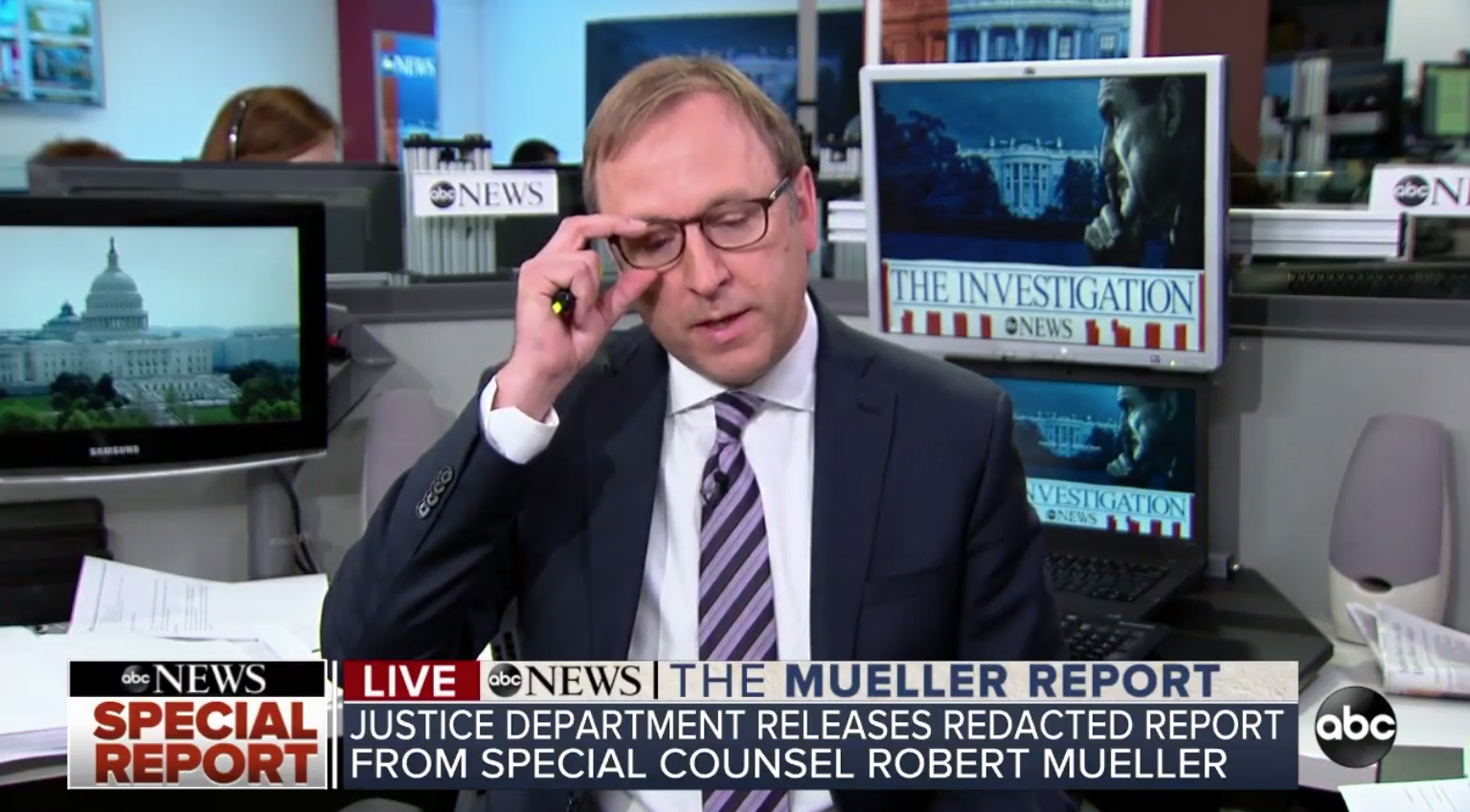 Karl would appear again on air reading from the report from what appears to be a cubicle in the ABC News bureau in Washington using a highlighter. 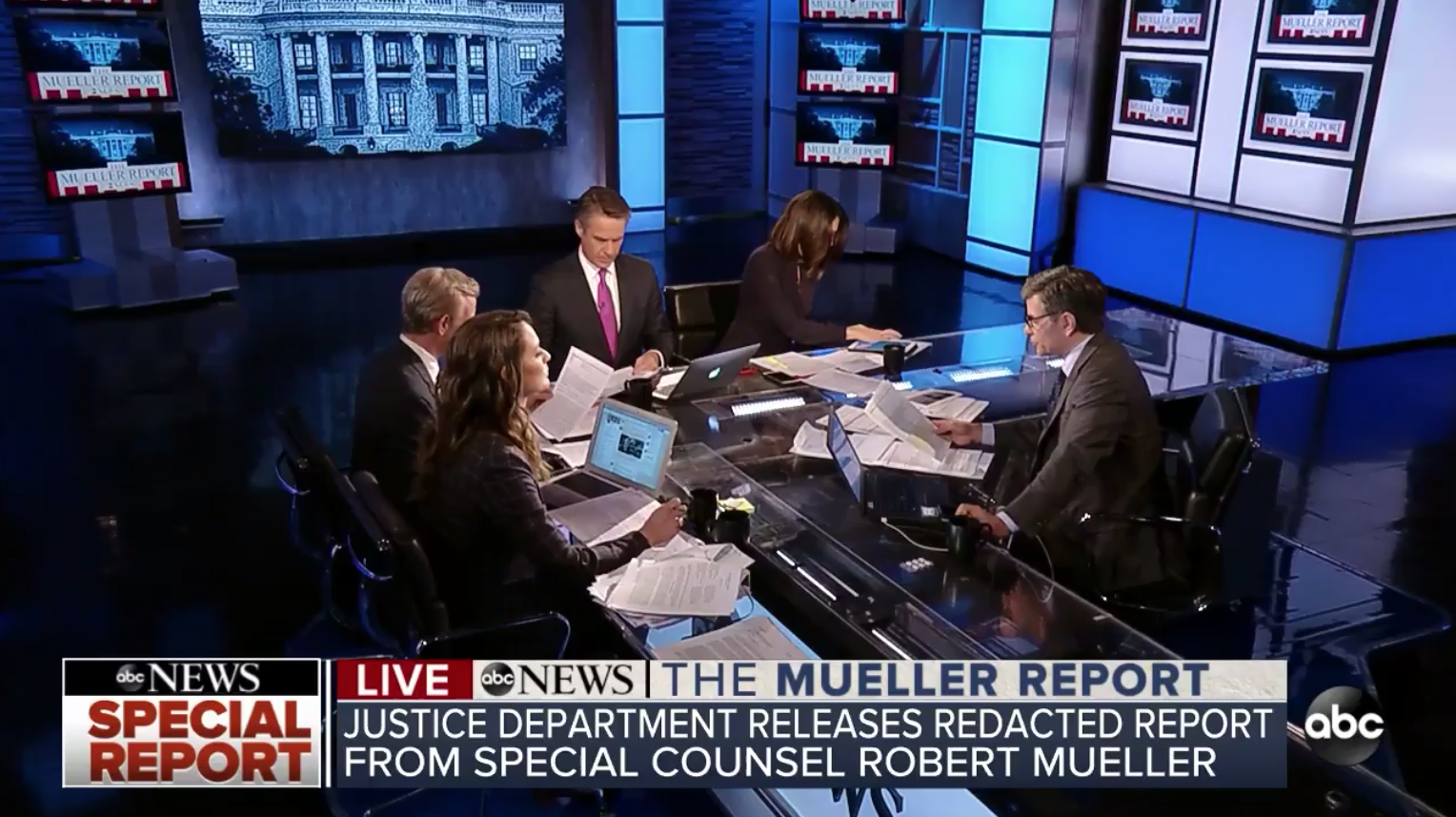 Back in New York, Stephanopoulos and a four-person on-set team were shown digging through digital and printed versions of the report.

On MSNBC, Brian Williams anchored from the network’s portion of Studio 3A, with the video walls displaying graphics matching NBC’s Mueller Report look. Nicolle Wallace and Matt Miller joined him in studio.

When word first came that the report had been posted on the Justice Department website, Williams said simply “OK,” before continuing with an interview with a remote guest. 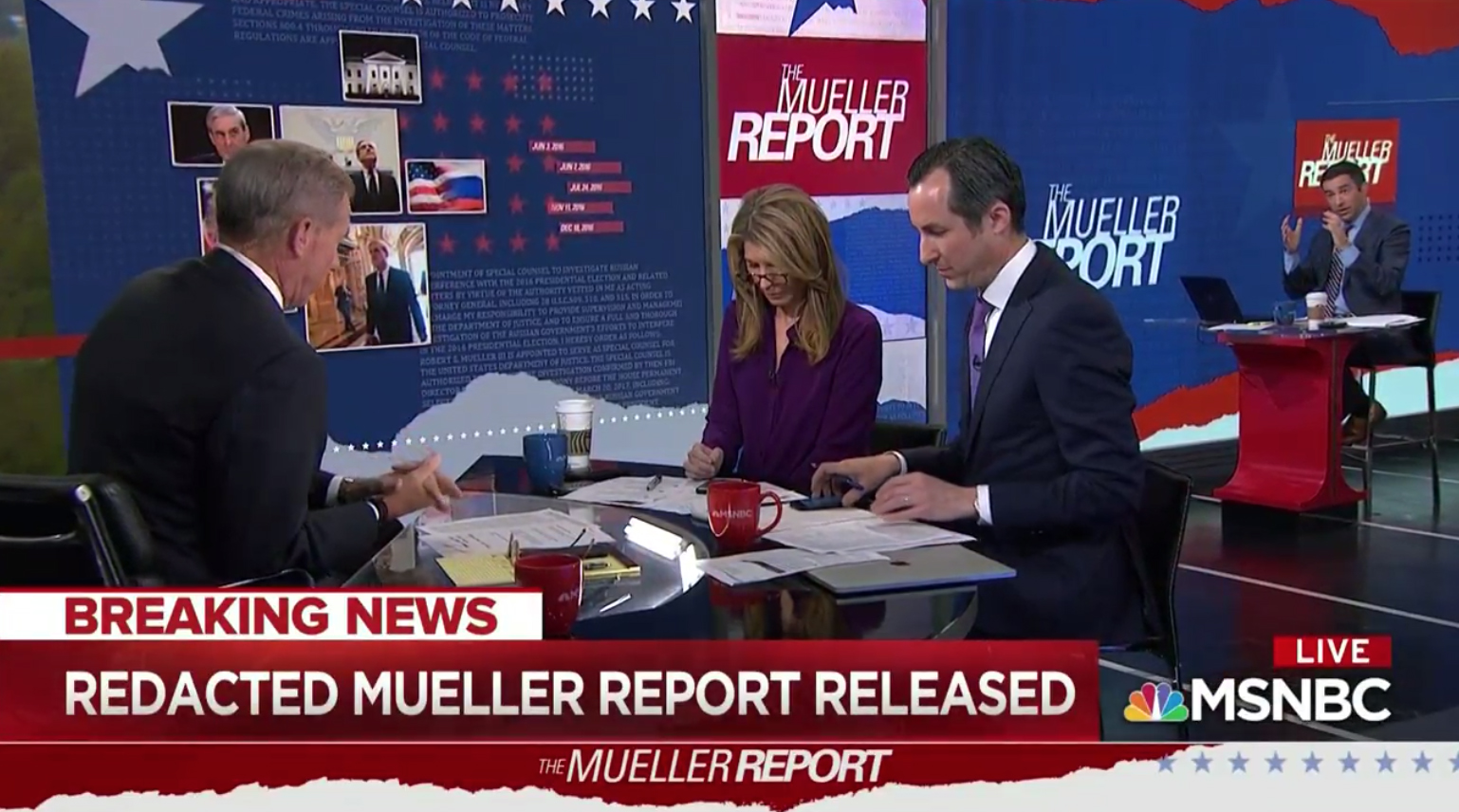 In addition, Ari Melber was set up at a small pod on the opposite side of the studio eventually providing excerpts form the report while the team back at the main anchor desk appeared to be reading parts of it on their phones.

CNN was also in the middle of coverage when the report was released, with Jake Tapper giving out the direct URL on air. The network then tossed to senior White House correspondent Sandra Miller whose report was a bit disjointed and at times seemed to suggest the report had not been posted yet when it had.

Fox also wove the release of the report into its rolling coverage while a split screen also showed a Wounded Warrior Project event that Donald Trump was holding at the White House.

“America’s Newsroom” hosts Bill Hemmer and Sandra Smith were on air while Sandra Smith and Chris Wallace, who joined the show from another studio, could be seen reading on air.

After briefly discussing the report, the network cut to Trump’s remarks before returning to live coverage of the report.