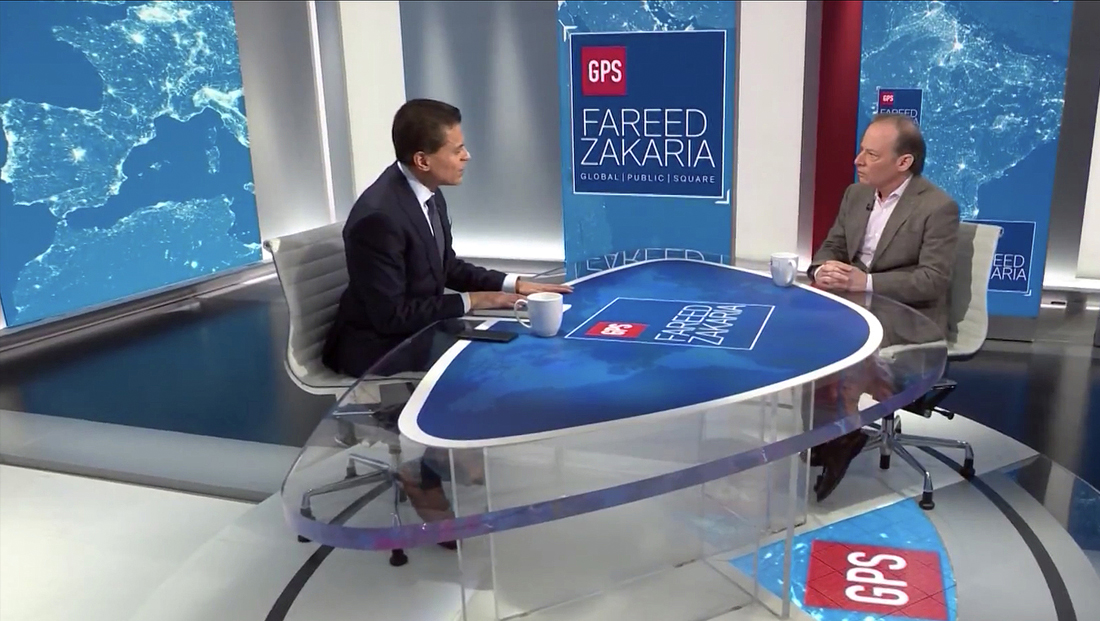 “GPS,” which in this case stands for “global public square” but also has obvious allusions to “global positioning satellite,” uses an appropriately global look on air.

The show’s on-set graphics in both locations featured enhanced nighttime satellite imagery depicting the clusters of light emanating from populated areas of the world.

For the new set, the blue tint in the world maps was shifted to be a bit brighter, with a deeper shade reserved for the show’s square shaped logo that appears multiple times on the video walls.

The show did opt to keep the anchor desk in the same pebble-shape as the one used at Time Warner Center, though it now sits on an updated riser with integrated LED segment that forms a sort of “point” that can be read as both a compass direction or corner of the “square” motif. 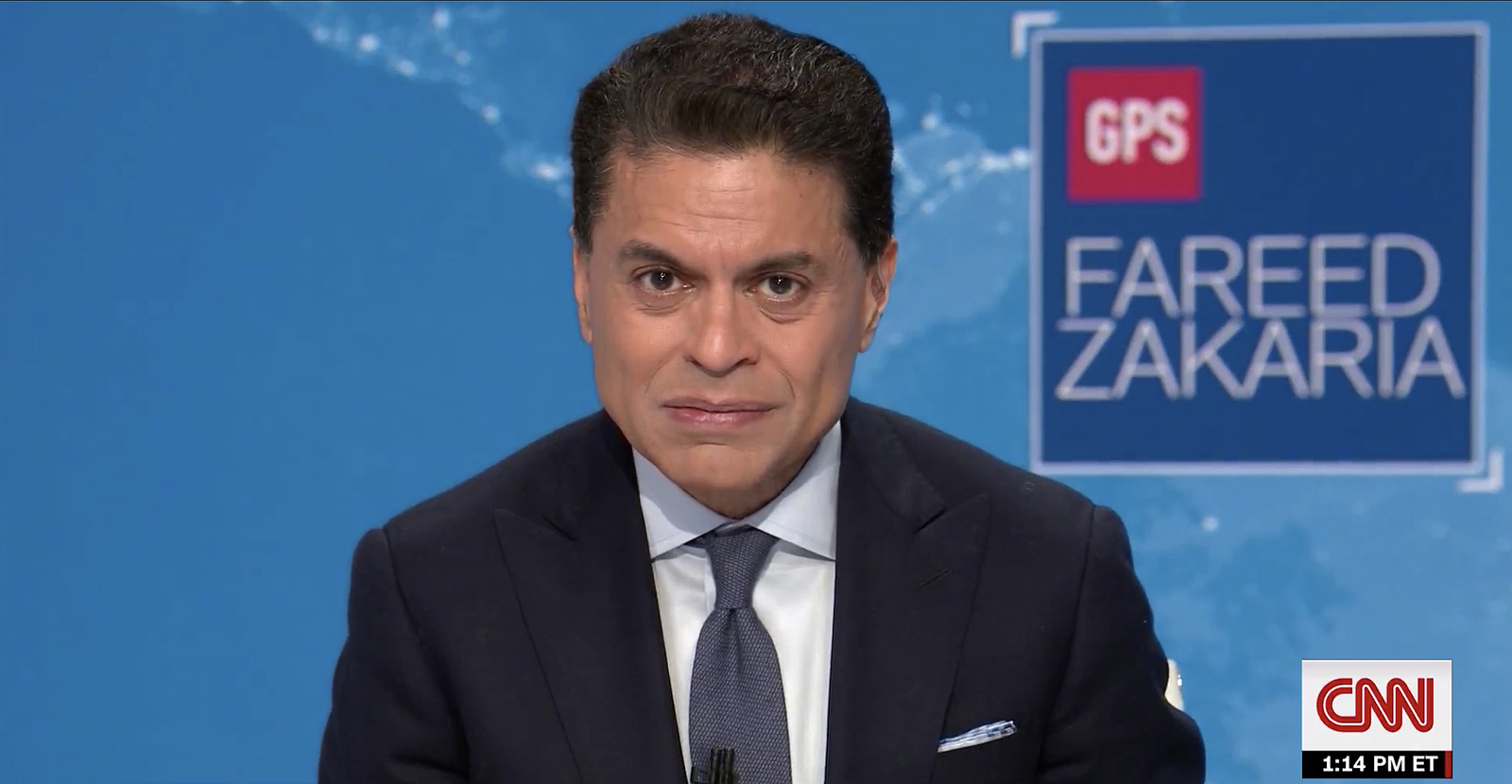 Home base for the set is situated in a corner of the studio that’s roughly diagonal from the staircase and host Fareed Zakaria is framed mostly against the seamless video wall on one of the studio. 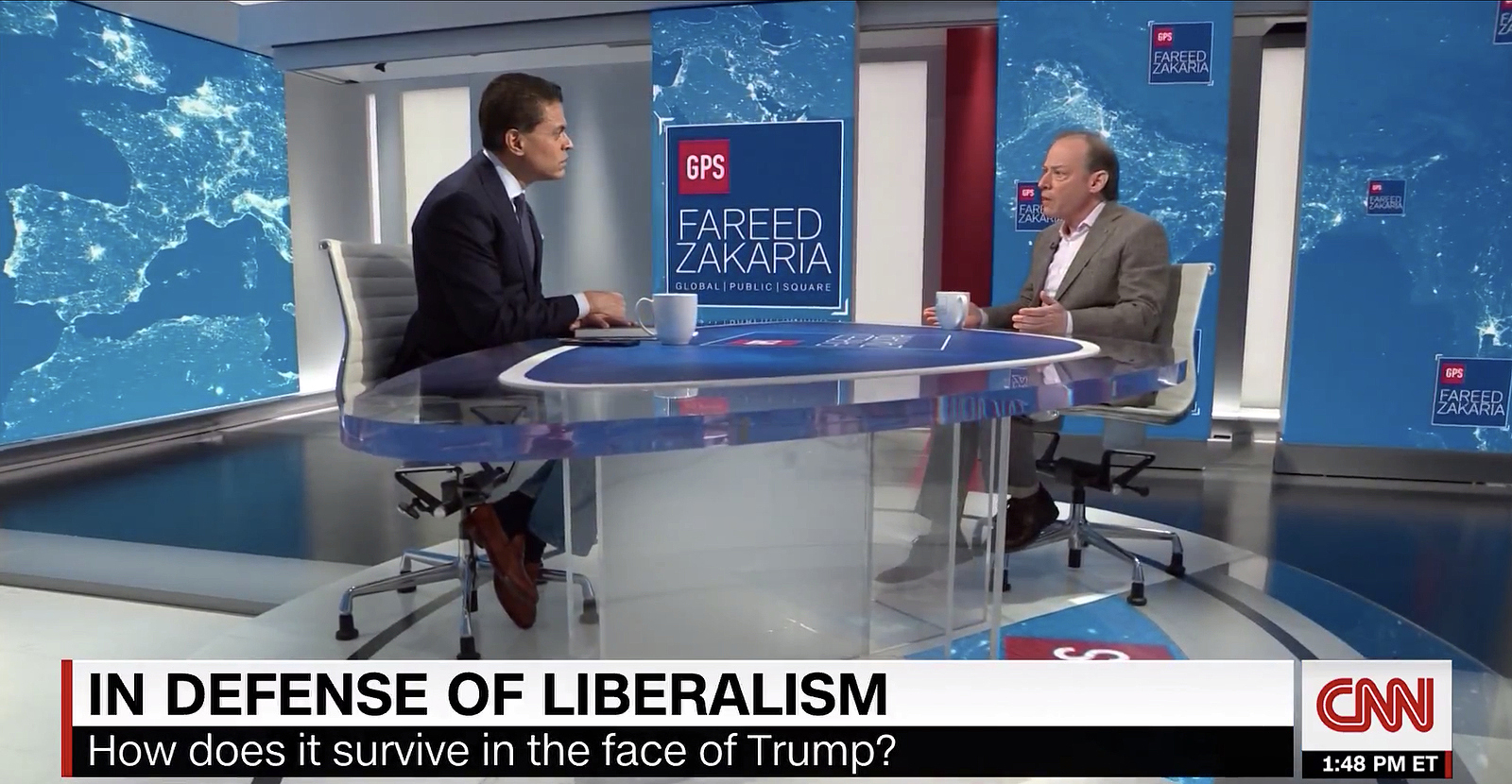 Many wider shots, especially when there is an in-studio guest, showcase a wall that isn’t prominently used on ‘OutFront’ or ‘Tonight’ — one that features a mix of vertical LED towers and a wall built from structural white, gray, red and frosted glass segments. 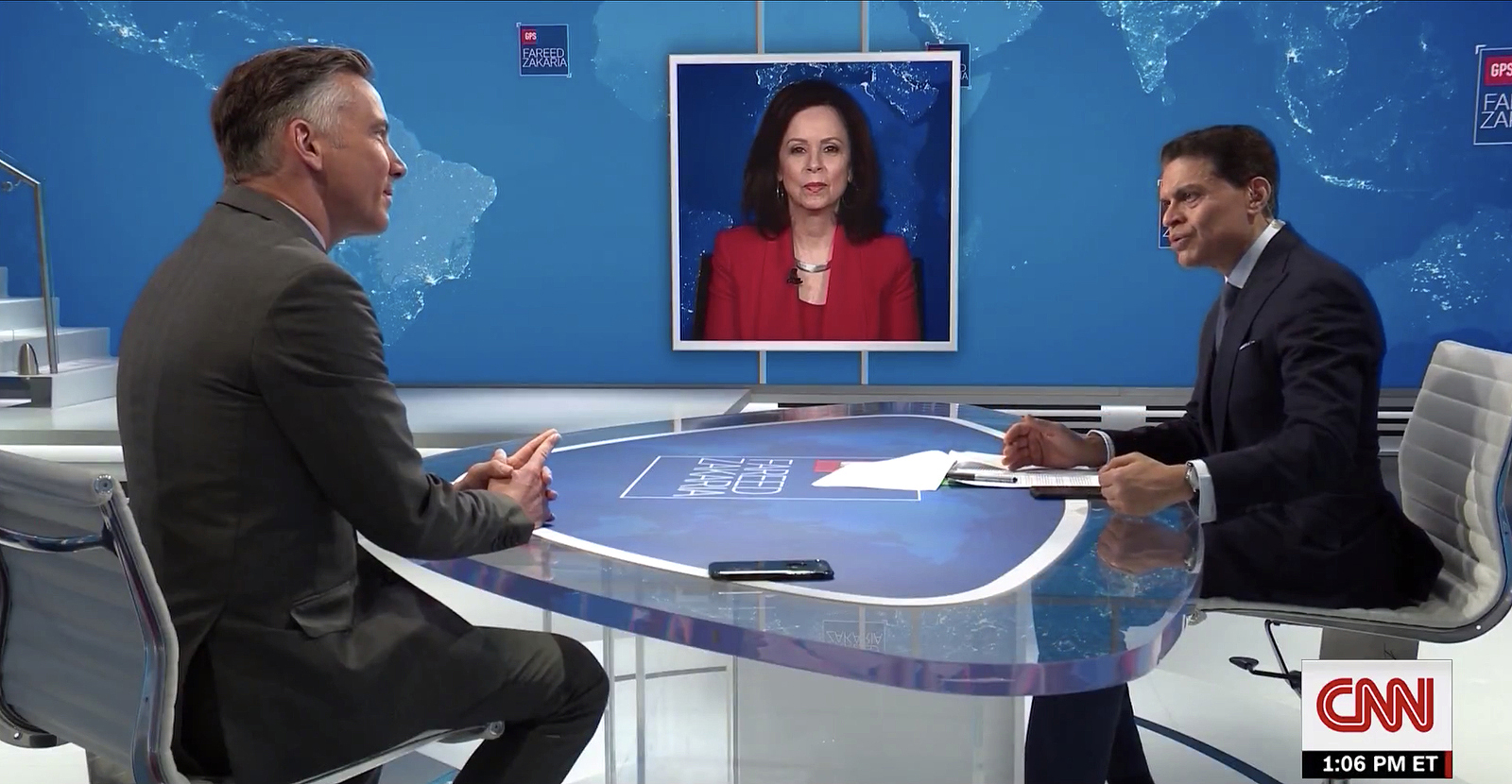 The video wall that’s situated behind the stairway, meanwhile, can be used to show remote guests’ live feeds in a simulated ‘frame’ supported by simulated structural elements, similar to a technique used on ‘CNN Tonight.’