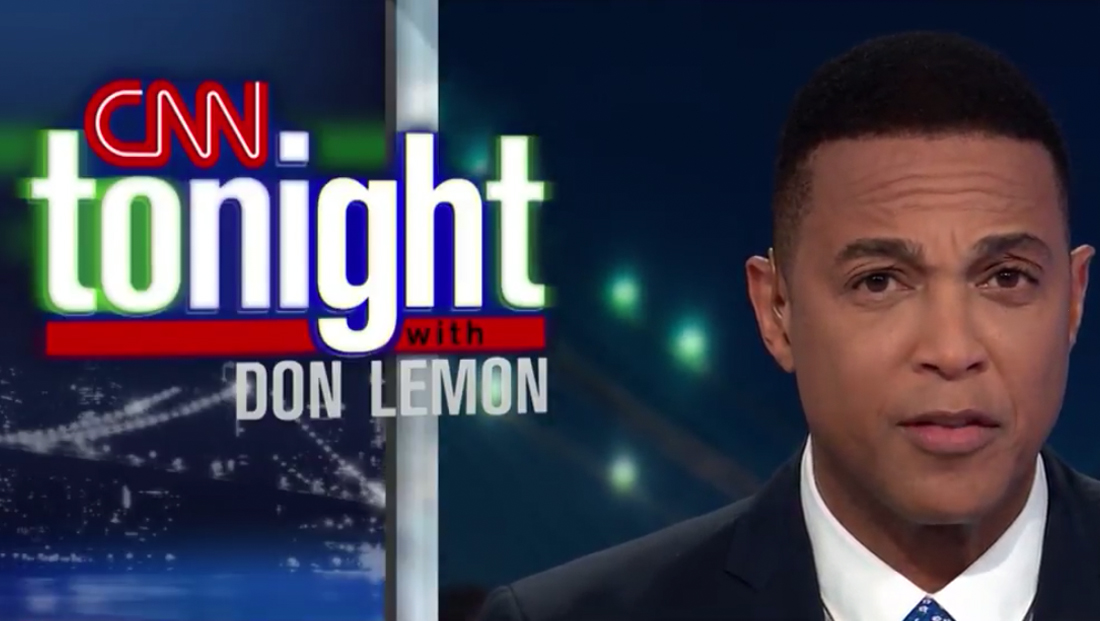 “CNN Tonight,” one of a pair of shows that debuted from the network’s new Studio 19Z in Hudson Yards Monday, May 13, 2019, recreated much of its old set’s look — in a bigger way — thanks to the space’s video walls.

Anchor Don Lemon gave a “tour” of the new set during the cross talk between him and “Cuomo Prime Time” anchor Chris Cuomo — including taking a jaunt up the staircase and around the balcony. 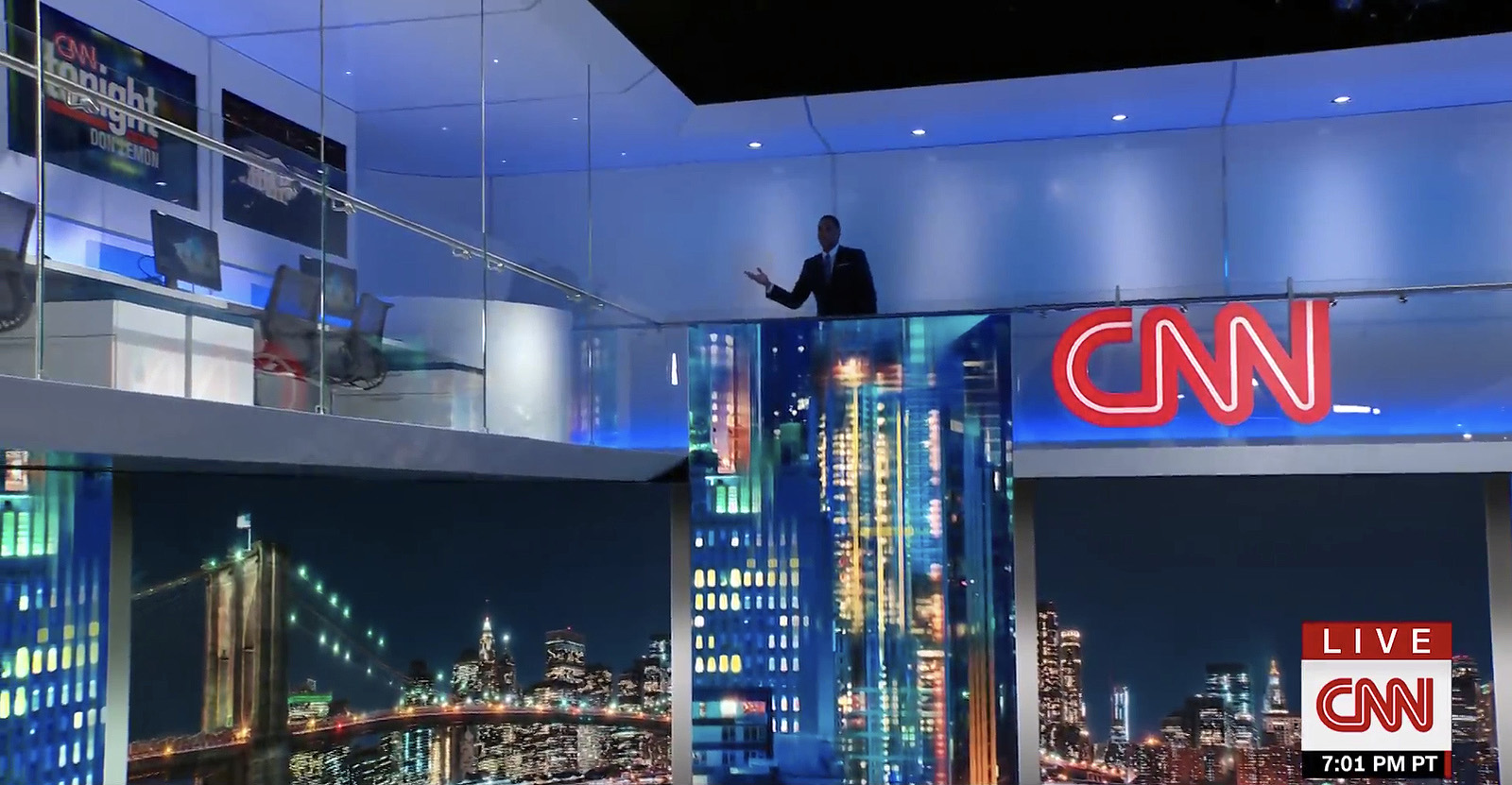 Lemon also joked that the staircase leads to his “apartment” on the set — with the main area used as a dining room.

“CNN Tonight” kept the blurred blue and green cityscape with red and gold accents as well as the image of the the New York City skyline from the Brooklyn side of the East River.

Part of this look included added simulated metal “frames” to break up the heavily stylized background that read more as a grid of windows and buildings and the more realistic city views. 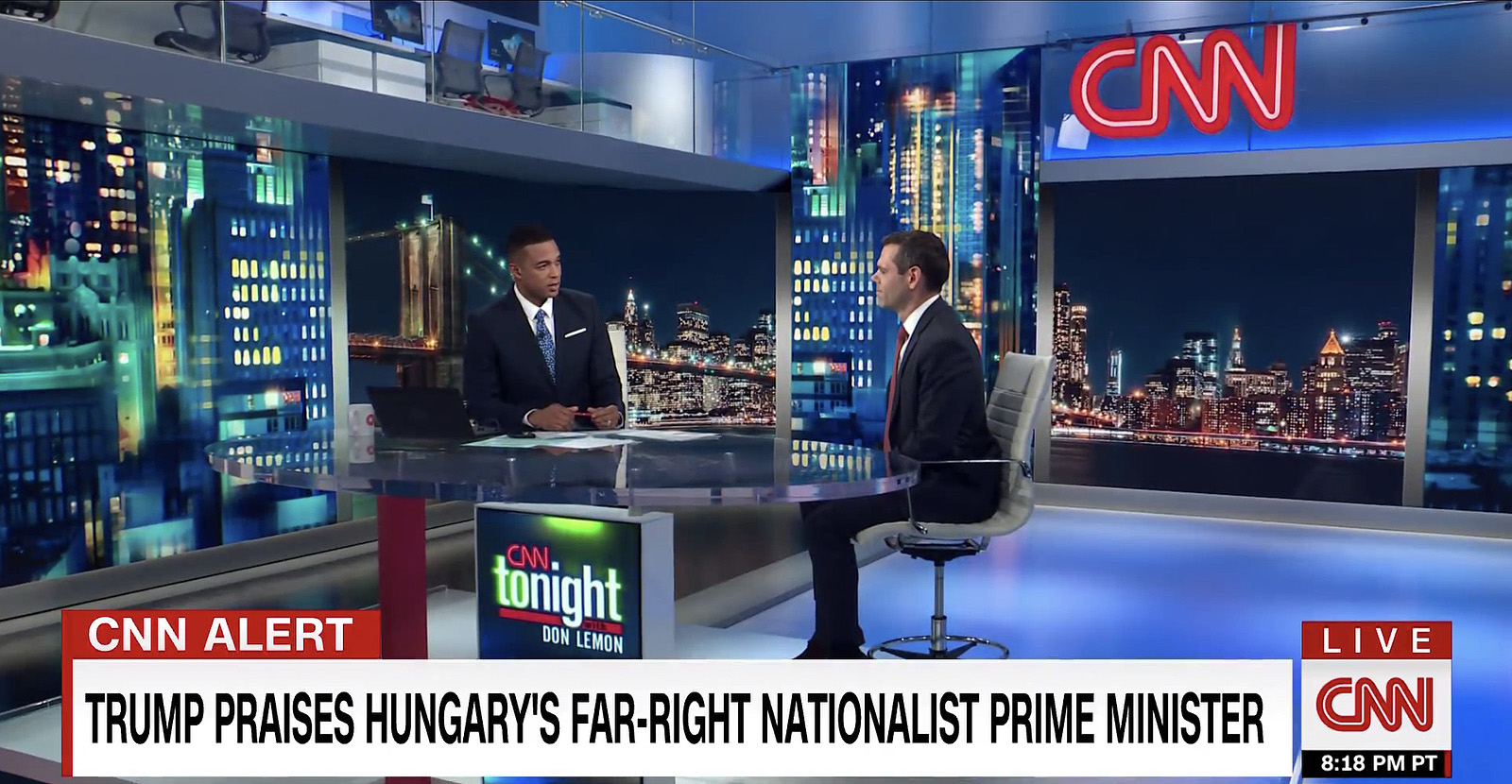 The faux frames were strategically placed to intersect with various structural elements of the set.

Lighting cues added to the set also turned most of the off-white surfaces more blue to coordinate with the video wall graphics.

Lemon used the “red” anchor desk — one of two designed for the space, with the show’s logo displayed at the top of the L-shaped video ribbon.

Lemon’s primary background is a segment of video wall that is under the right half of the balcony workstation area, with the elegant curves of the Brooklyn Bridge support cables visible.

Previously this look was fed to the corner video wall on the old set.

This means Lemon is essentially “flipped” 180-degrees from how Erin Burnett sits during “Erin Burnett OutFront,” which also uses the studio earlier in the schedule. 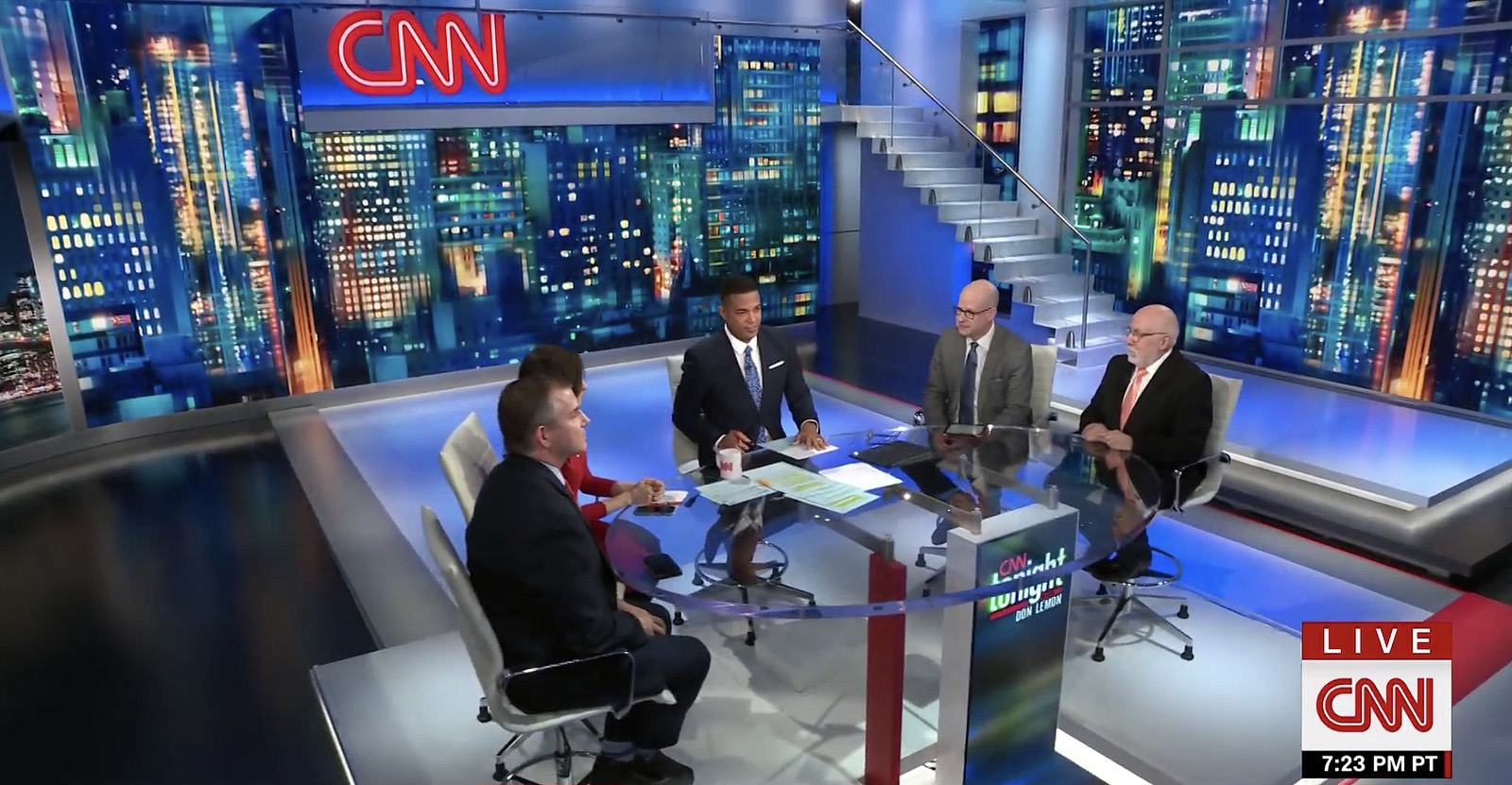 For in-studio guests Lemon the desk can be kept in its original location for one-on-one segments or moved for larger panels.

For larger discussions, the city view “frame” under the network’s logo disappears from the video wall behind Lemon, who has been essentially rotated 90 degrees from his home base location. 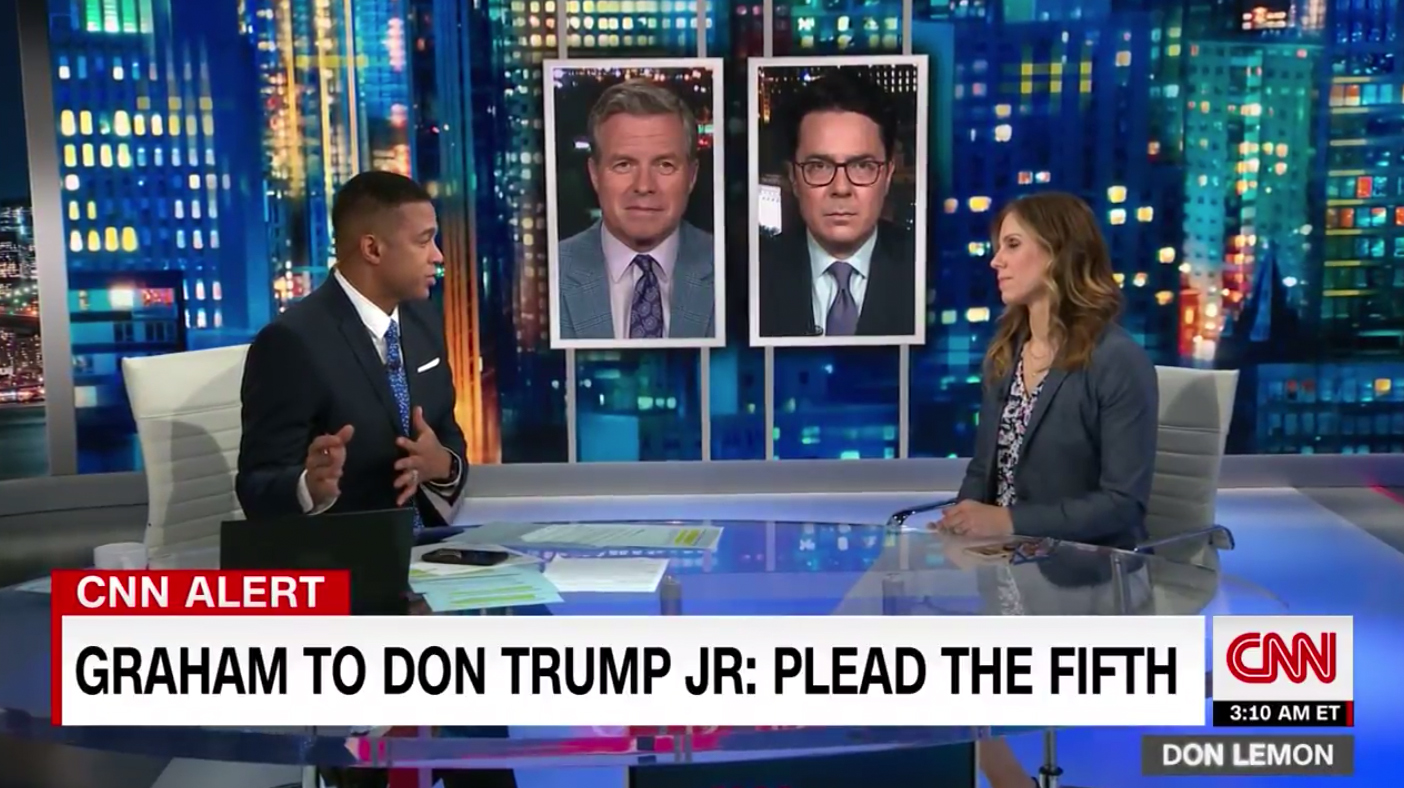 The video walls could also be used when panels included both remote and in-studio guests — with faux vertical “screens” added to the background for live shots of other guests.

Before moving to Hudson Yards, the Don Lemon anchored show originated from the bones of a set originally built for “Piers Morgan Tonight” — which would later become “Piers Morgan Live.”

Although much of the structure was kept, including the unique corner screen, “CNN Tonight” switched out the large backgrounds created using glass tiles and printed graphics to a highly stylized cityscape years ago.

That space was also used for the HLN version of “S.E. Cupp Unfiltered” with different backgrounds and other tweaks.

The name “CNN Tonight” has a bit of an interesting history at the network.

It was first used back in 1985 as the name for a temporary program that held the “Larry King Live” time slot until that program debuted.

Iterations of the name were also used in 2009 as a replacement for “Lou Dobbs Tonight.”

The current life of “CNN Tonight” dates back to 2014, when the show replaced “Piers Morgan Live” — which, under its former original name “Piers Morgan Tonight” was the replacement for Larry King’s show.

At the time Bill Weir hosted — including a stint behind an “anchor desk” available from a big box office supply store.

The Piers Morgan set was originally built in the space the “New Day” set was built in.

When plans for a new morning program debuted, the Piers Morgan set was moved to a nearby but slightly smaller studio in order to give “New Day” more space.