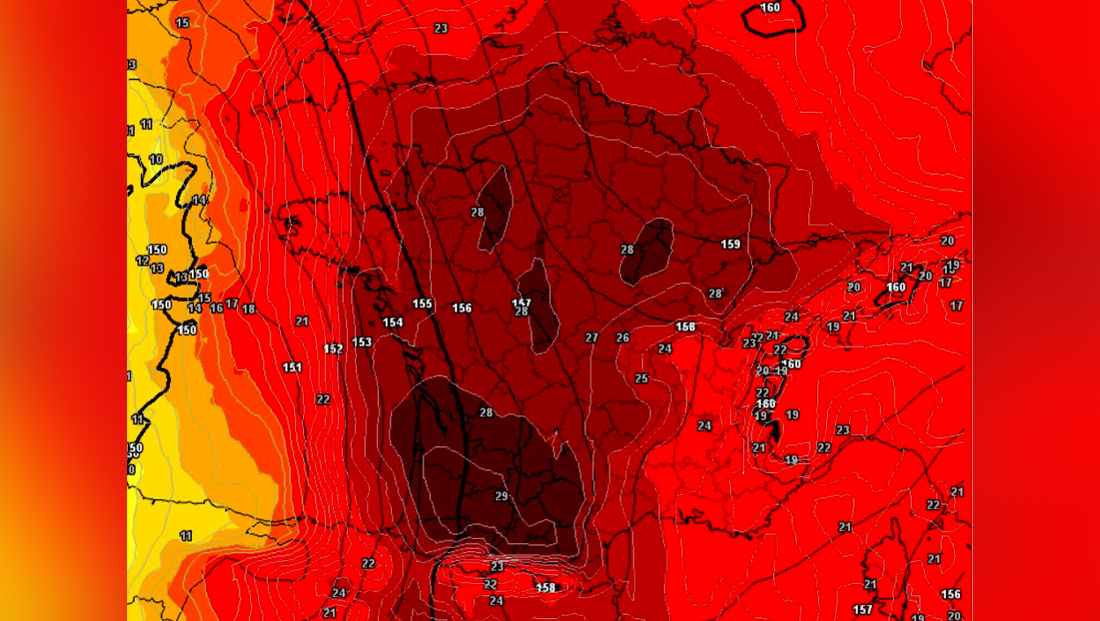 A French weather website’s weather map has gotten attention after the color coded temperature regions formed the shape of a screaming face back on June 27.

The map, which was generated by Météociel using a variety of meteorological data, features a variety of red shades — which represents high temperatures, with the darkest areas forming the “face’s” eyes, mouth and nose.

On Twitter, users were comparing the image to Edvard Munch’s “Der Schrei der Natur” — commonly known as simply “The Scream.”

When reached by CNN, Météociel said the image was formed by pure coincidence.

The deeper and deeper shades of red, which represent hotter and hotter temperatures, is remiscent of Australia running out of colors to show high temperatures as well as in the U.S.

Most weather maps generated by weather agencies and TV stations rely on a blend of data and data modeling from a variety of sources which is then turned into visual representations, so it’s not unheard of for weather maps, much like clouds, to form shapes that suggest objects.

In fact, a Pennsylvania meteorologist has made a name for himself of placing objects over fronts, clouds and other weather map imagery that remind him of certain objects.