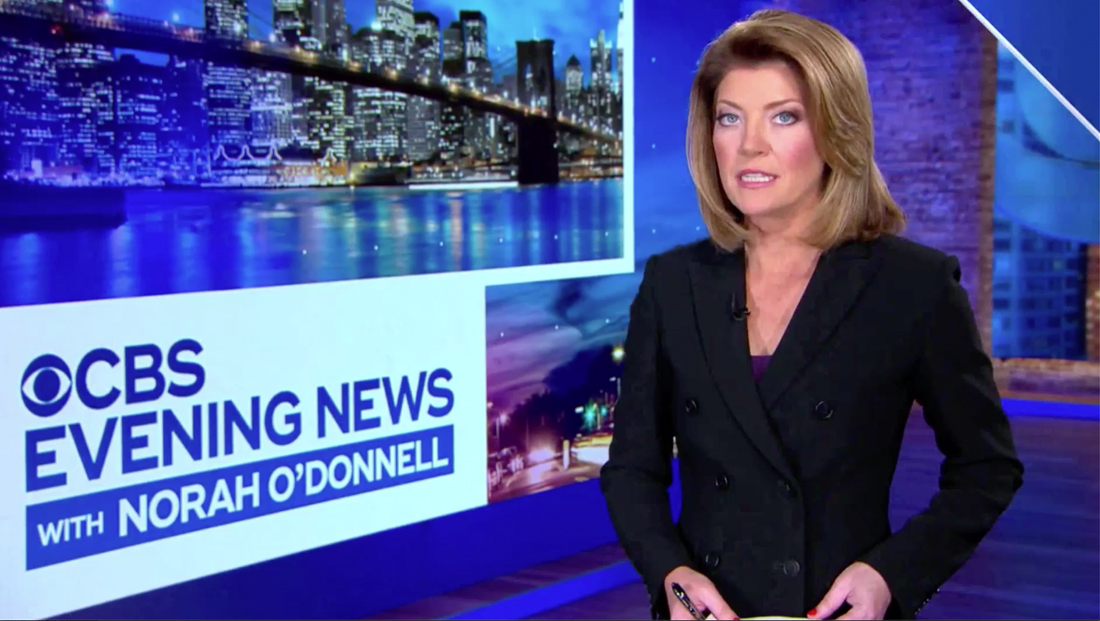 Former “CBS This Morning” anchor Norah O’Donnell debuted as anchor of the storied “CBS Evening News” with an updated sound, look and format.

Perhaps most notably, the broadcast eliminated the “headlines” segment that was added during Jeff Glor’s tenure and mirrored after the “EyeOpener” segment “This Morning” introduced when it debuted in its current format in 2012. 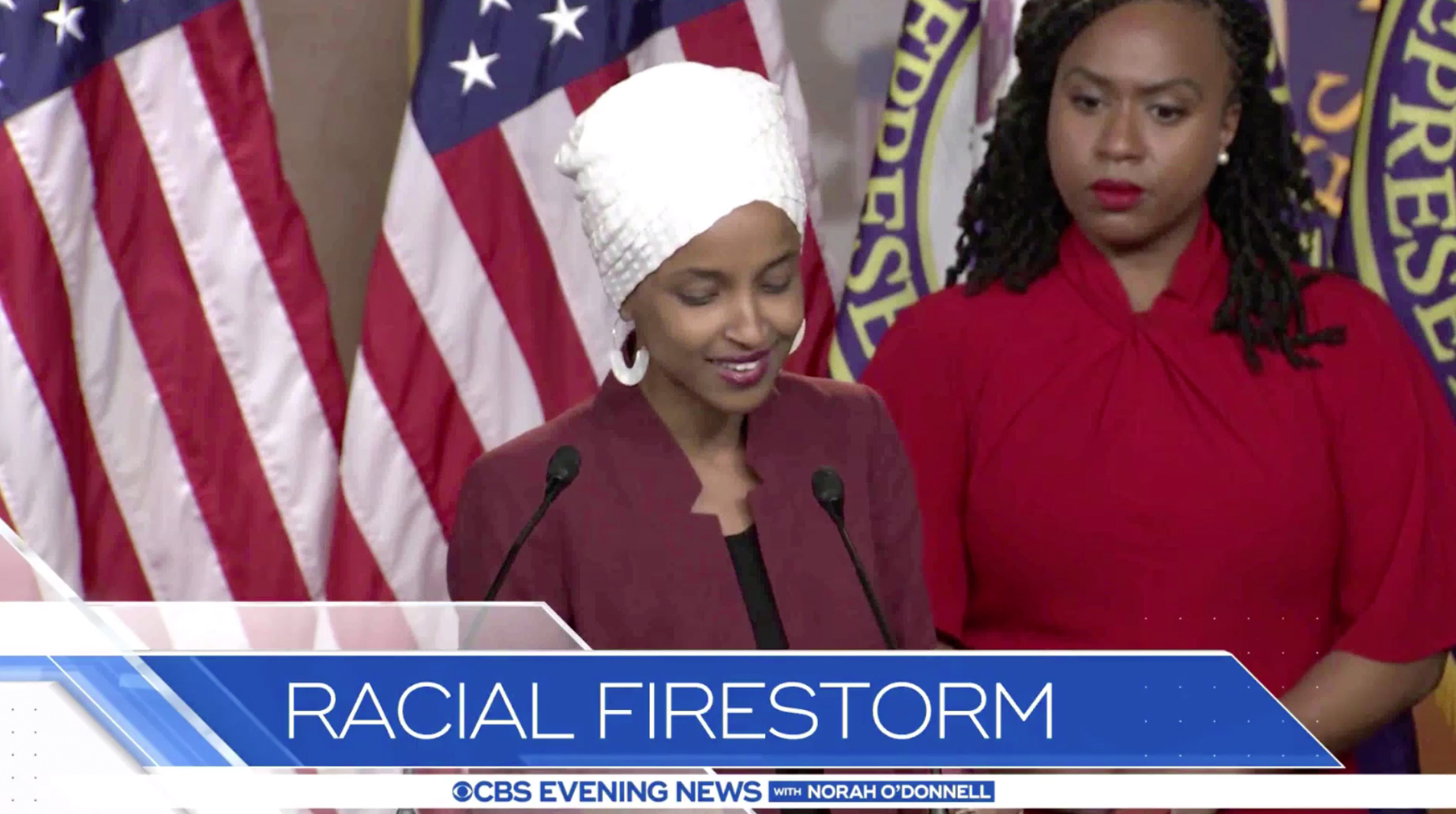 The broadcast now opens with four more traditional teases that are framed with angular graphics with glassy, triangular and dotted accents.

In many ways, these graphics, which are also used for the “coming up” teases, are similar to the previous angular look used on “This Morning” previously but since abandoned.

O’Donnell then reads an additional tease on camera, before the open runs.

The new open features multilayered renditions of the CBS eye and updated “Evening News” logo shown in a variety of angles and perspectives along with glassy angled overlays.

There is also an announcer again — something that had been missing from the newscast for much of Glor’s tenure.