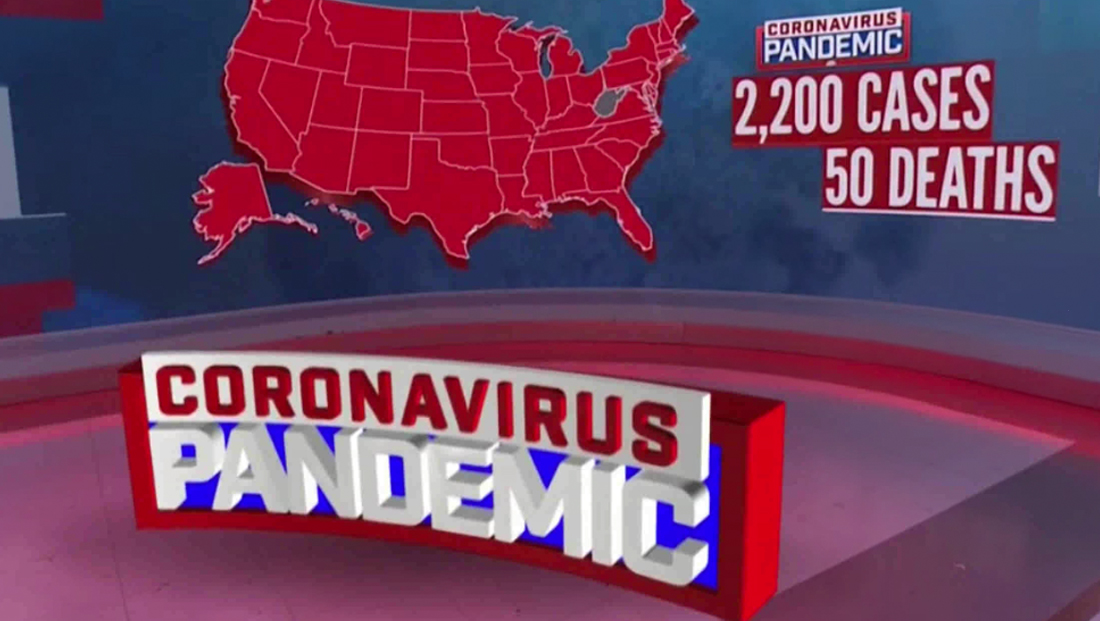 Although its Saturday anchors originated the March 14, 2020 edition of “Today” from Washington, D.C., NBC News still had the show’s main studio in NYC up and running — and it made multiple appearances with an augmented reality element.

As the show often does with the top story, the 40-foot curved video wall in Studio 1A was used for a “walk and wander” and “video on video” handheld floating shot while imagery and headlines appeared on it.

In addition, the network also added an augmented reality “Coronavirus Pandemic” 3D logo element that appeared to be hovering just above the studio floor during these shots.