Q&A: LiveU on home studios and remote production in the time of coronavirus 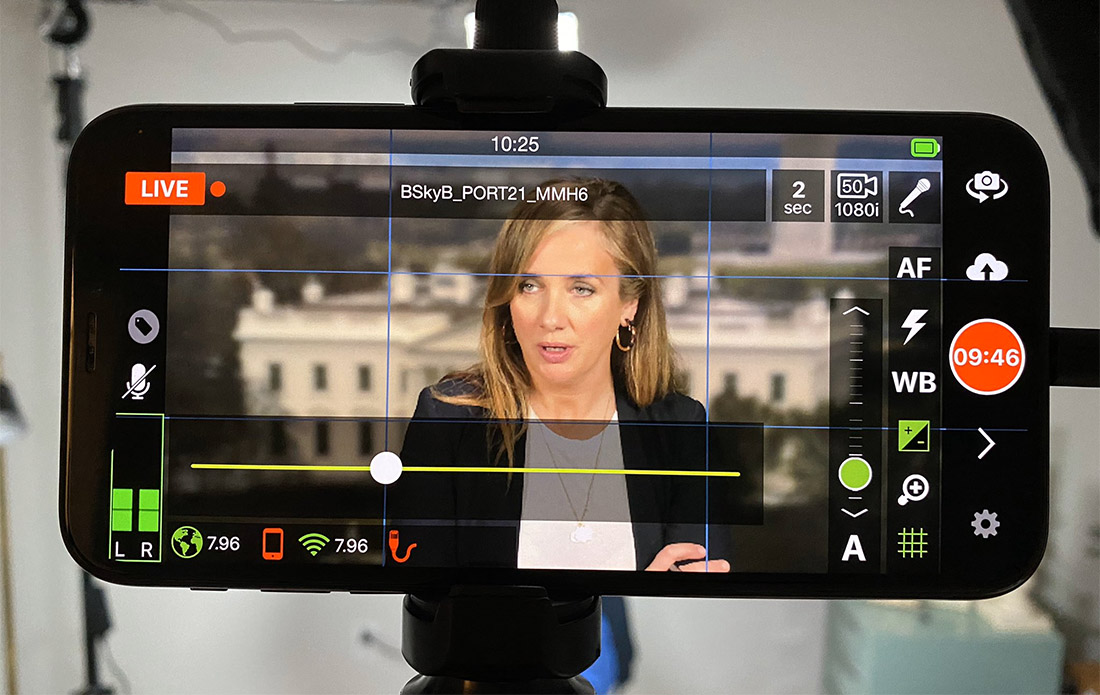 With the rise in remote production and home studios due to the coronavirus, we recently spoke with LiveU’s VP of Technology, Dan Pisarski, about how broadcasters are deploying bonded cellular solutions at a record pace. 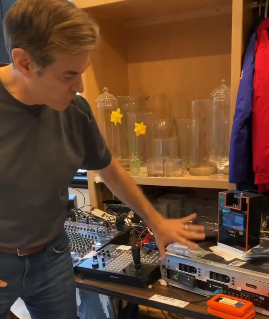 LiveU technology was built to take reporters out of the studio and go live virtually everywhere – without needing a satellite truck. With social distancing restrictions in place, broadcasters and organizations are rapidly turning to live streaming and remote production to deliver news updates and communicate with their viewers and communities.

We’ve seen our technology become the primary delivery for live remote shots and now more than ever, our technology is paramount to delivering up-to-the-minute live content from anywhere – including the homes of anchors, reporters and meteorologists.

Home studios have been built overnight and LiveU provides the live transmission to bring that content – whether it’s from a portable transmission unit or LiveU’s cellular bonded LU-Smart app on their own mobile device.

Our global teams have been working day and night – especially with a host of new users – to confirm they are up and running and fully operational. We’re also working with our broadcast and online customers to develop emergency contingency plans to ensure no disruptions of service.

How does the LiveU Smart App fit into this picture?

LiveU Smart has been a part of the remote production workflow for several years. The LiveU app is becoming a critical part of the broadcast workflow with TV show hosts transmitting video feeds to the studio via their mobile phone. With the coronavirus pandemic, the number of users and usage has increased tremendously with 150% growth in app units and sessions week over week (over the past 5 weeks). It is an easy and affordable way to get EVERY reporter, anchor, meteorologist, guests, and other contributors up and running from their homes, at a press conference, among the quiet city streets, or outside a local hospital. This has greatly multiplied the ability for news groups and stations to go live from the field.

Individual users are using bonding partly because of strain on networks, such as their home network (with their kids on it video chatting to their teachers, etc.).

The mobile app offers the very latest in bonded transmission technology, enabling anyone to transmit high-quality live video, while maintaining a robust connection. It uses the exact same bonded tech with all our other units and seamlessly integrates with our existing LiveU ecosystem – LU Central cloud management.

One innovative app feature is Guest Interview which creates a simple way for non-broadcast users of the app to interview guests. With the Guest Interview feature, users can now conduct live interviews with guests from their home/office location without any prerequisites or technical know-how from their side. Simply send a link to their smartphones (over email/SMS) and get them on-air!

The app bonds internal Wi-Fi and cellular connections to reach optimal video quality and resiliency. LU-Smart supports the most popular iPhone and Android phones and is monitored and managed by LiveU Central as any other field unit.

What’s the most unique usage of LiveU you’ve seen during this pandemic?

IP content distribution is also being deployed across the US for network-to-station and station-to-station sharing as broadcasters use LiveU Matrix for their local loops and pool feeds: Shared feeds are up 35% over the same period last month. Global health and government agencies and officials are using LiveU for up-to-the-minute emergency response and communications.

Governors in several US states are using LiveU Matrix to deliver their daily live briefings directly to stations and networks from remote locations.

LiveU has established a system of local loops around the globe through LiveU Matrix, allowing content from Government and Health Agencies to be shared safely and easily with local and national broadcast networks. In these cooperating markets, stations can coordinate coverage of news conferences, press briefings and important government communications.

Without this live content, communities wouldn’t be aware of the current news, updates, and restrictions. The ability to go live has helped connect and inform viewers around the globe.

Bonding is crucial for first mile, but so is contribution and distribution. Last week, 90% of all LiveU traffic distributed to LiveU customers went through LiveU Matrix with no fail, no break. This included international, national, and local feeds. If you have LiveU equip, you are on the biggest IP content distribution network in the globe.

With sports on hold, teams and leagues are finding creative ways to connect with their fans.

The Dallas Cowboys multimedia crew produced the Talkin’ Cowboys show on their web page, as well as Twitter and featured 4 remote commentators all working from home. LiveU powered the remote production.

Are you seeing any strains on network/bandwidth with increased usage?

It’s important to note that, bonding is key for the “first mile” because of such increased usage. Its nonetheless impressive how much “core” networks have kept up – the internet in the US and LTE networks like Verizon and AT&T. We’re actually seeing non-traditional markets reaching out because they need the bandwidth to go live. Cellar bonding is no longer the backup. It is the primary.

Are concerns about redundancy or signal quality from broadcasters?

Broadcasters historically worried about redundancy and signal quality. They were already trained to. Worrying about “what’s my backup if this doesn’t work?” was already something they did. Our customers have redundancy in all their signal paths anyway – all the critical ones.

Organizations trying to go live now are starting to realize how important it is to have that backup. You only need one failed webinar to realize the importance of redundancy and signal quality.