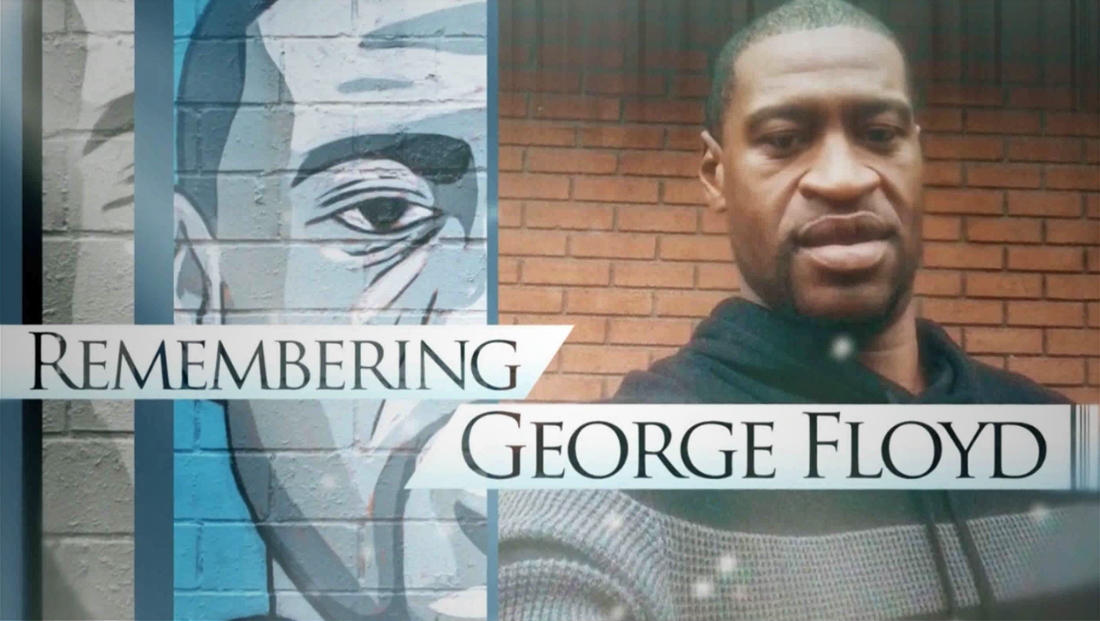 The major cable and broadcast networks all carried live coverage of the memorial service for George Floyd Thursday, June 4, 2020.

Coverage began around 2 p.m. eastern, with the broadcast networks breaking into regular programming shortly after the top of the hour.

NBC News adapted its “America in Crisis” look that was originally created for coverage related to the fallout surrounding the alleged murder of Floyd to feature a more subdued blue look and replaced the type with the banner “Remembering George Floyd” set in Trajan instead of the sans serif.

Lester Holt reported from the ground in Minneapolis and later anchored a primetime special.

ABC News stuck with its normal special report open and slate, but did change the in show graphics to feature a blue to yellow gradient background along with “Remembering George Floyd” also set in Trajan.

CBS News went with a muted blue look and boxed logotype set in Gotham and accented with angled shadow elements. During live coverage, a stylized version of Floyd’s photo was shown in the left corner of the screen while “Remember George Floyd” was set in a condensed sans serif in the strip running along the bottom of the screen.

CNN used a combination of its normal breaking news look and a deep teal blue background with bokeh effects and gold typography during its coverage, such as the promo box that ran for most of the day. 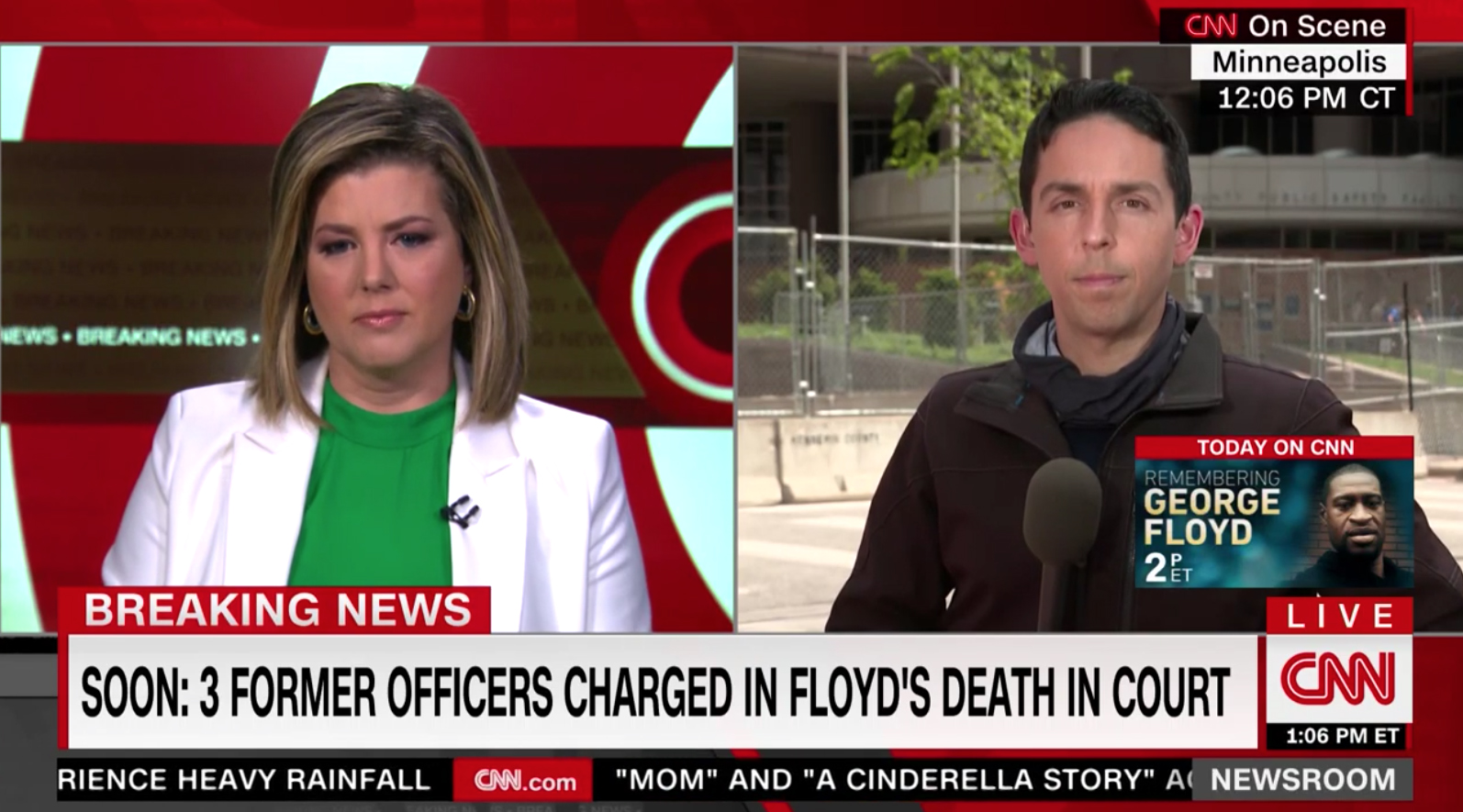 All “big three networks” would later lead with the memorial service, fallout and latest developments in the case on their evening newscasts.