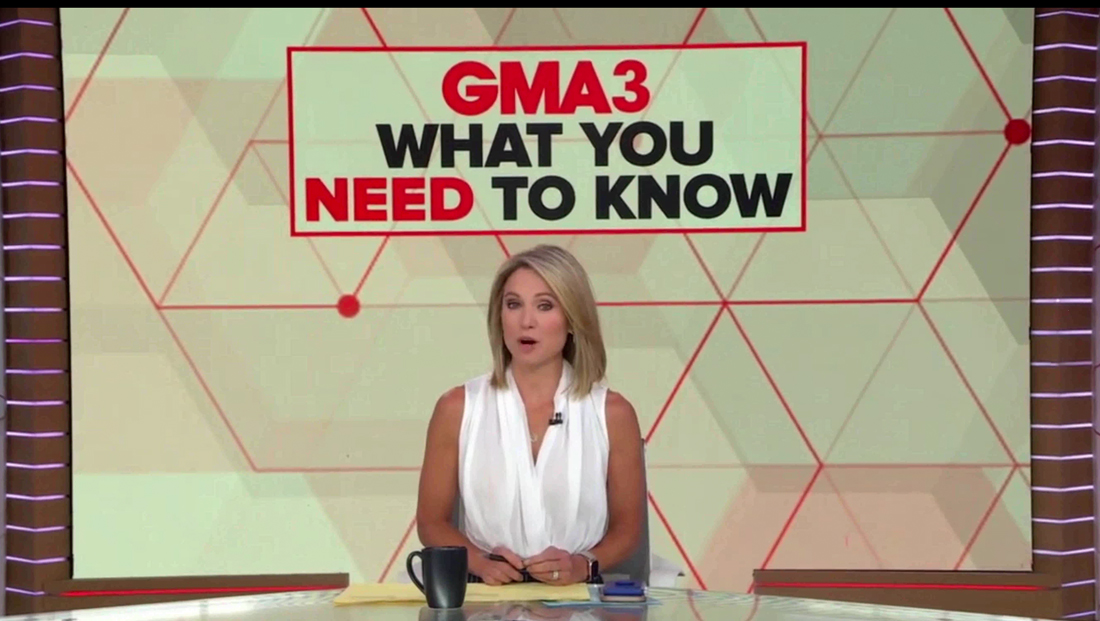 One of television’s most confusingly branded hours has changed its name — again.

How to contact Dr. Jennifer Ashton with your coronavirus questions

So far the program has still remained heavily focused on the pandemic, but also incorporates other news of the day.

The new name allows the network to incorporate the “GMA” brand along with open the potential scope of the show to beyond just COVID-19 — namely the death of George Floyd, Black Lives Matter movement and social justice issues.

However, the program’s new name is now flexible enough to serve as the home of almost any type of coverage — namely “major story” and “news you can use” approaches.

The program continues to use the white geometric look that it switched to in April 2020 as a base with some updates including the use of a triangle pattern on the main anchor background and addition of red “dots.”

Amy Robach continues to serve as the primary anchor of the program and is frequently joined by Dr. Jennifer Ashton.

Prior to 2011, the time was devoted to the now canceled soap opera “All My Children” when ABC opted to replace it with “The Chew” — a food centric talk show.

“The Chew” was canceled in 2018 and ABC announced it would use the hour for a third hour of “Good Morning America” under the name “GMA Day.”

In January 2019, the network renamed the show “Strahan & Sara” and introduced a redesigned look that was distinct from the “GMA” brand — although the “GMA” initials were still shown in many graphics.

In August of that year, the network added Keke Palmer as a third co-host and renamed the show “GMA3: Strahan, Sara and Keke.”

The numeral “3” could be read as both a reference to the number of hosts and that it’s essentially the “third” hour of “Good Morning America” — albeit one that starts hours after the first two blocks, unlike the similarly named “Today 3rd Hour” that itself is often referred to as the “third hour of Today.”

In March 2020, production of new episodes of the talk show format was suspended due to the coronavirus pandemic.

In mid-March 2020, ABC renamed the hour as “Pandemic: What You Need to Know.”

There’s been no official word from ABC how long “GMA3: What You Need to Know” will remain on the schedule or if “Strahan, Sara and Keke” will return, though multiple sources told Page Six that “SSK” will not return.

Back in 2012, ABC added another talker, “The Revolution,” to its daytime schedule. That show never performed well and was canceled the same year, leaving the 2 p.m. eastern block empty.

ABC used what it marketed as a temporary brand extension of “GMA” entitled “Good Afternoon America” that many viewed as a test to see how the morning show could work in the afternoons over the summer of 2012.

“General Hospital” would eventually move to 2 with the network giving back the 3 to 4 p.m. eastern hour to affiliates — recommending that stations use Katie Couric’s now defunct talk show in that time.