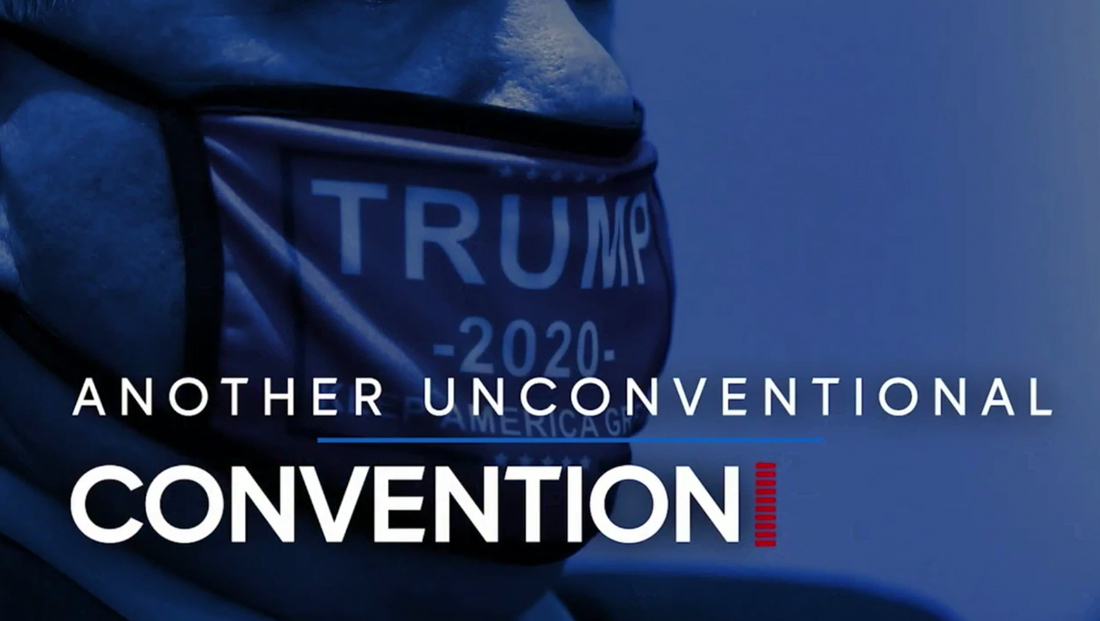 U.S. networks were back in convention mode Aug. 24, 2020 — with the overall looks mirroring that used last week during the 2020 Democratic National Convention coverage.

With no cramped skyboxes, networks spread out for coverage of virtual Democratic convention

It was all for the 2020 Republican National Convention (which technically ended the afternoon of Aug. 24).

ABC News used its large Studio TV3 set once again. Its graphics were tweaked to make “Republican” red, “National” in blue” and “Convention” in red, whereas it was the opposite for the Dems turn last week.

Likewise, CBS News updated its open to have more red accents than blue.

“PBS NewsHour” updated its open to include the word “Republican.”

Both NBC and MSNBC swapped colors as well, with “Republican” in red. MSNBC continued its used of fast paced on camera moves.

After a break Friday, “NBC Nightly News” switched back to using Studio 1A again, though it notably did not use the “Decision 2020” branded open it did for Monday through Wednesday last week.