Arabic networks focus on US election coverage with augmented reality 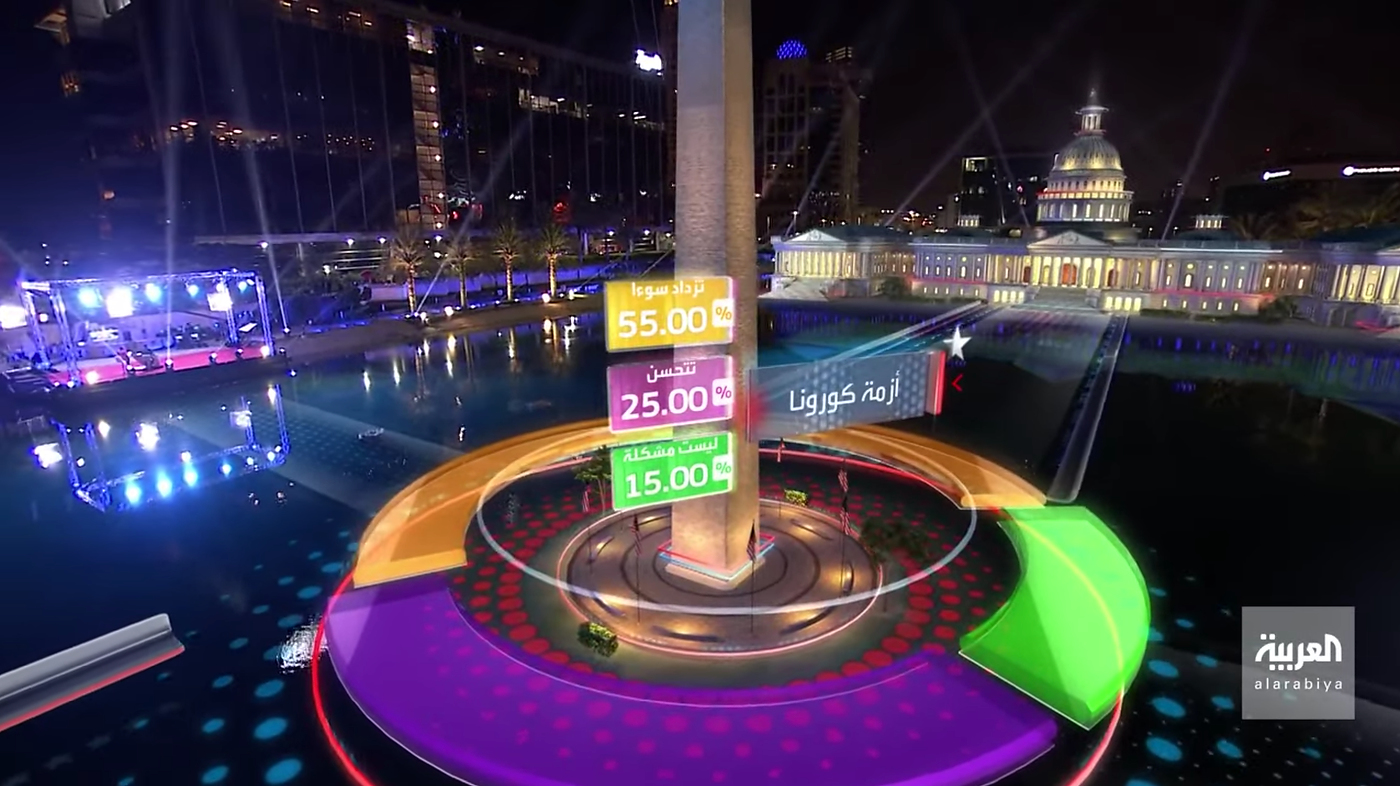 Augmented reality and immersive environments were the centerpieces of U.S. election night coverage on many Arabic broadcast networks.

MBC Group’s Al Arabiya (العربية) transformed the lake and sky outside of its Media City building in Dubai into a larger-than-life replica of the National Mall from Washington, D.C.

“The sky is not the limit anymore,” notes Fadi Radi, Al Arabiya’s director of creative. “The idea was to create a studio which has Washington, D.C. buildings including the White House and the Congress on the set.”

The network, of course, is no stranger to augmented reality, having an entire internal team dedicated to creating topical elements. For this year, the augmented reality footprint has doubled from the coverage 2016 United States general election, which also used large-format displays.

Flying above the lake was a Robycam robotic camera from Movicom along with two stYpe cranes equipped with camera tracking.

Vizrt tools including the Viz Engine and Viz Virtual Studio drove the graphics, with data coming from the AP via Viz Pilot. 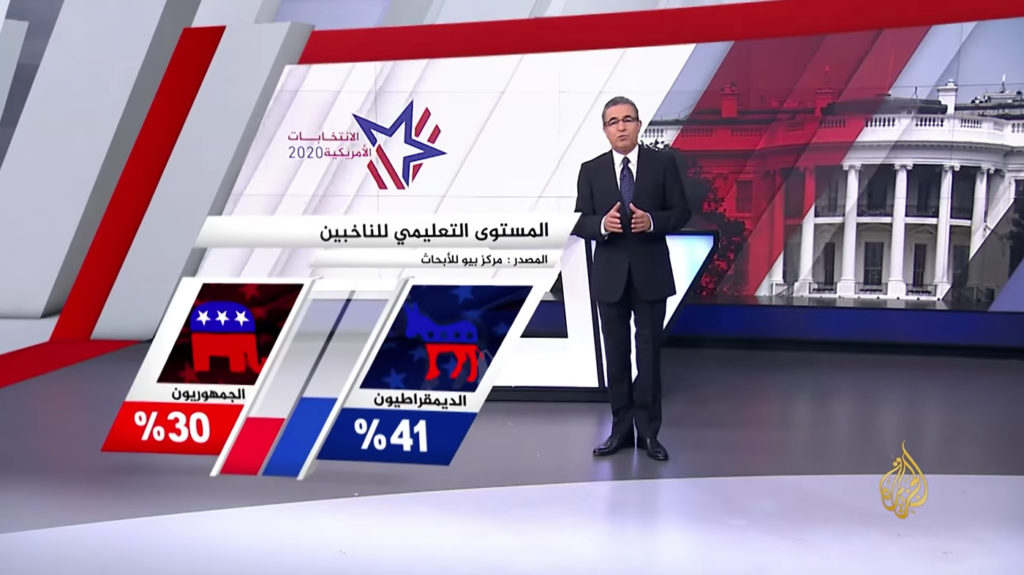 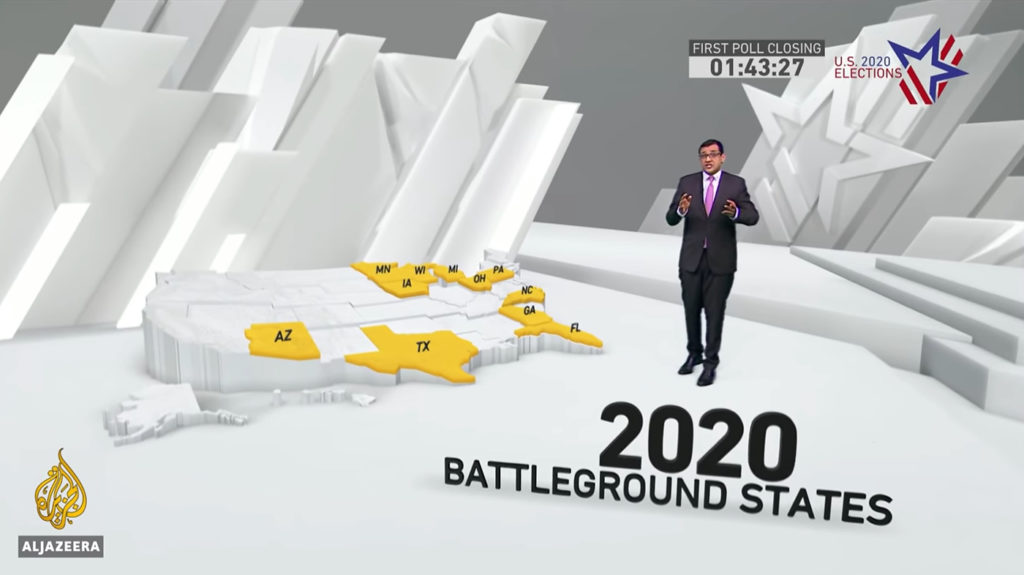 Along with video wall graphics, Al Jazeera used a virtual set across its networks to breakdown data with augmented reality graphics layered on top. Ahead of the election, for example, this was used to explain the idea of battleground states to an international audience, while on election night the immersive environment pivoted to exit polls and election returns.

Powered by Zero Density’s Reality platform and rendered in the Unreal Engine, the network’s virtual studio placed the presenter on the lawn of the White House inside of a glass dome.

Inside of this world, a tablet and touchscreen monitor allowed the presenter to break down data which was also layered in front. 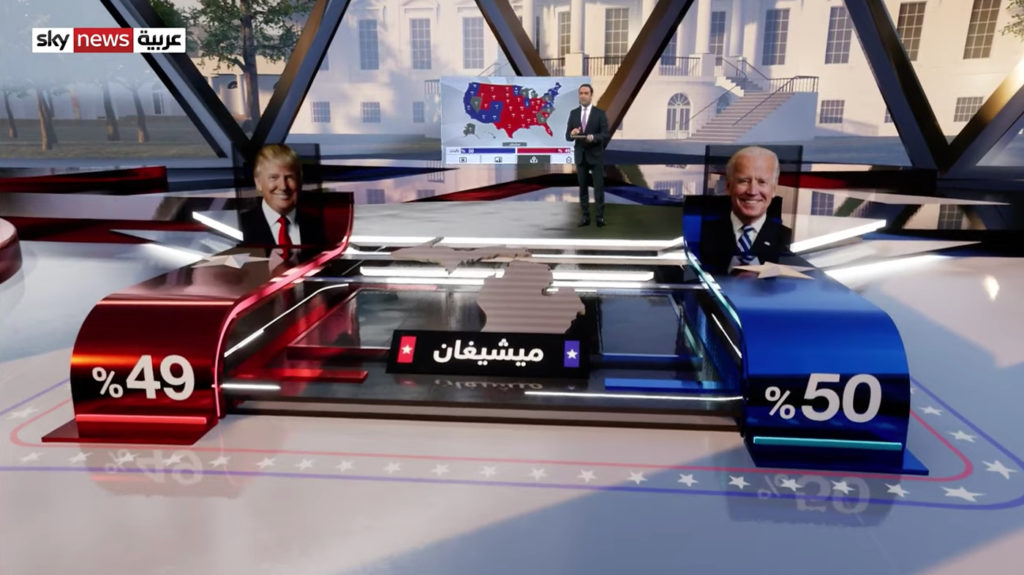 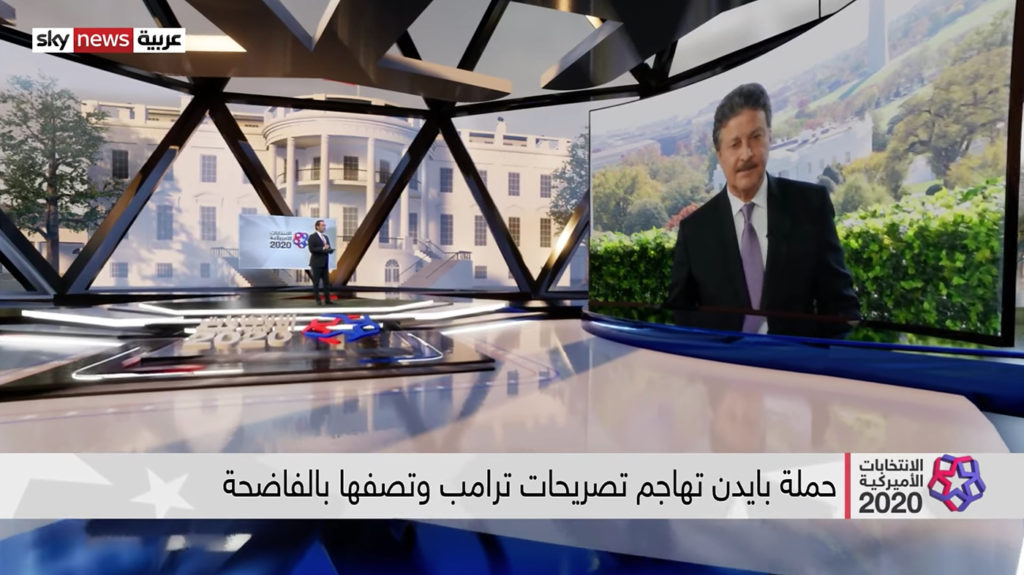 For interviews, a large monitor also appeared in the virtual world. 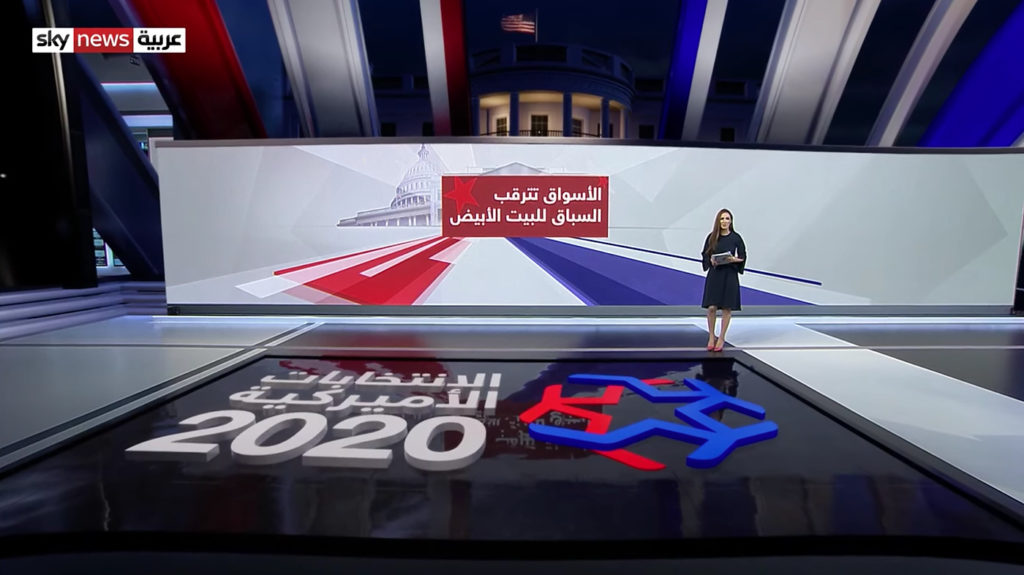