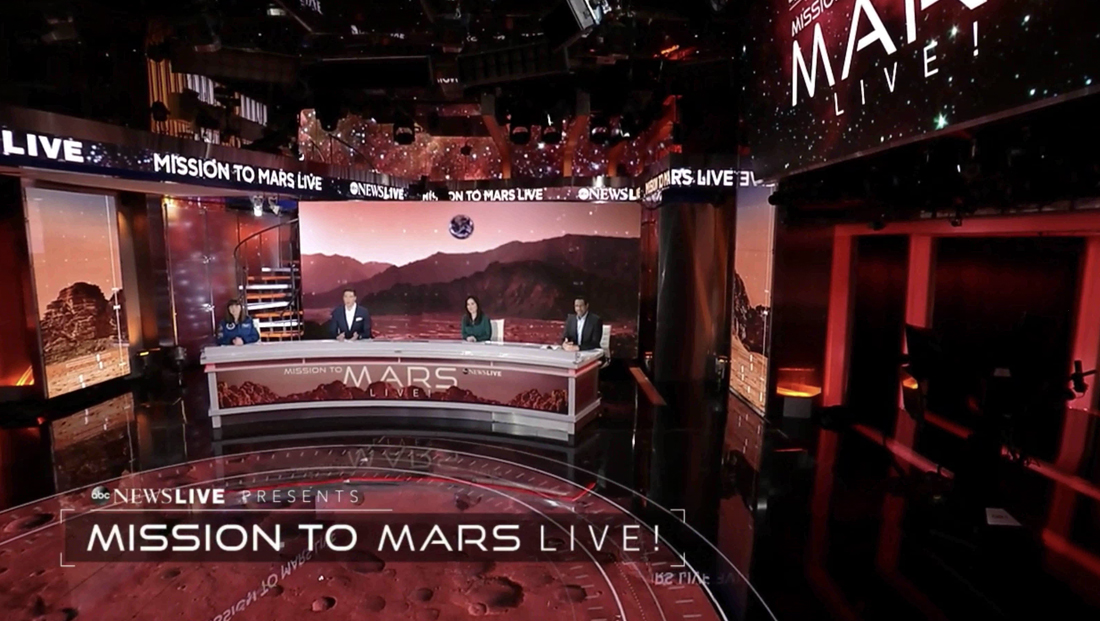 ABC News Live turned its parent network’s main news studio into a martian themed (and colored) complex for its coverage of the Perseverance rover and Mars 2020 landing.

The special aired on ABC News Live, the network’s streaming news service Feb. 18, 2021 at 8 p.m. eastern and was broadcast from Studio TV3 inside the news division’s New York City headquarters. 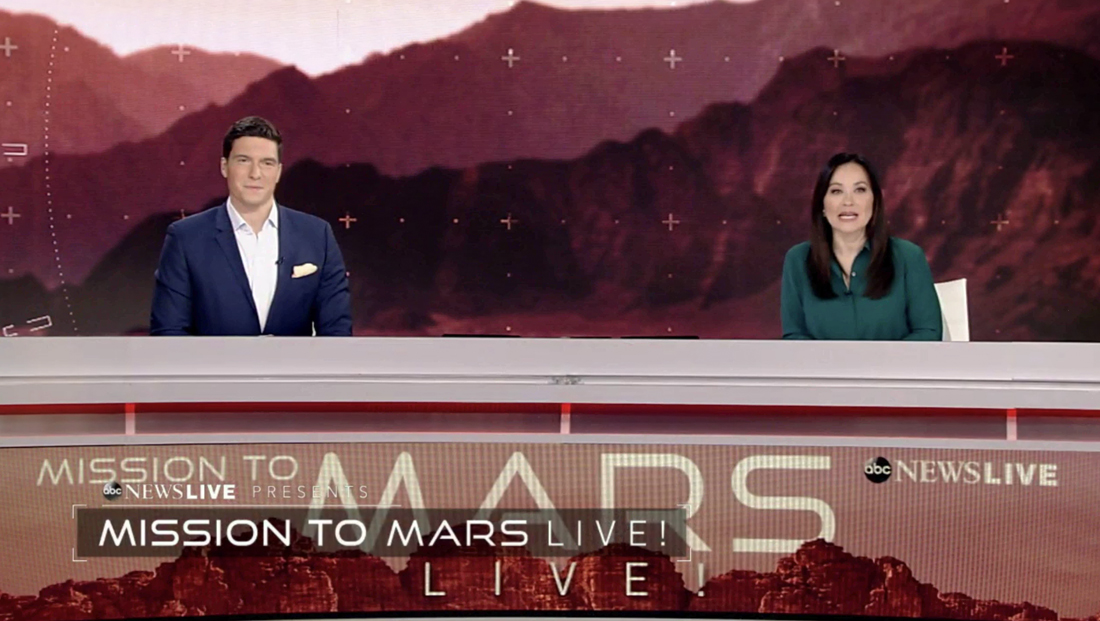 The full title was “ABC News Live Presents: Mission to Mars Live!” (complete with two uses of the word “live” and an exclamation point to boot), and was anchored by Will Reeve and Eva Pilgrim.

The duo were behind one of the network’s extra wide curved anchor desks in a similar position ABC started using for “World News Now” and “America This Morning” earlier this week — which also allowed two contributors to join them in studio at appropriately socially distanced locations on either end of the desk.

The network filled the space’s plethora of video walls and LED panels with Mars themed imagery — most notably a martian landscape with a view of earth behind the main anchor position.

Similar looks, which were accented by hashmarks and plus signs appeared on other LED surfaces and the large, curved video wall normally used as the background for “World News Tonight” was raised up and used as a way to interact with a live shot of Gio Benitez at mission control at the Jet Propulsion Laboratory in Southern California. 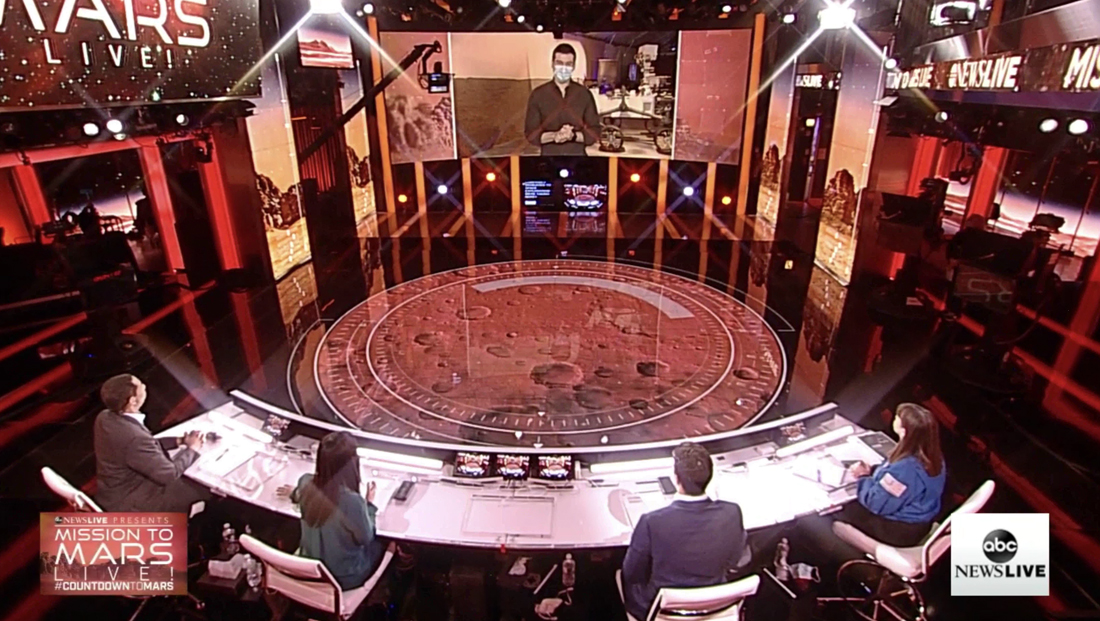 The reverse view of the anchor area with a live shot on the raised curved LED wall.

The multiple color changing LED elements of the studio were adjusted to either be red or an orange-yellow shade and the LED floor video panels was used to showcase a circular image mimicking the surface of Mars ringed with hash marks and rings of various thicknesses.

The orange-gold shade was also found on some of the vertical LED video columns and served to break up the red look and also add a brighter, more optimistic feel.

The special included an extended open with ABC’s female announcer and specially designed title card and also made used of both jib and robotic camera shots.

The use of TV3 was not unlike the network’s coverage of the SpaceX launch in June 2020 though it was decidedly more red themed.

Like previous space related coverage, the network used The Girl and the Dreamcatcher’s “Glowing in the Dark” during the open and close.