ABC News invests in Washington bureau ahead of 2022 midterms 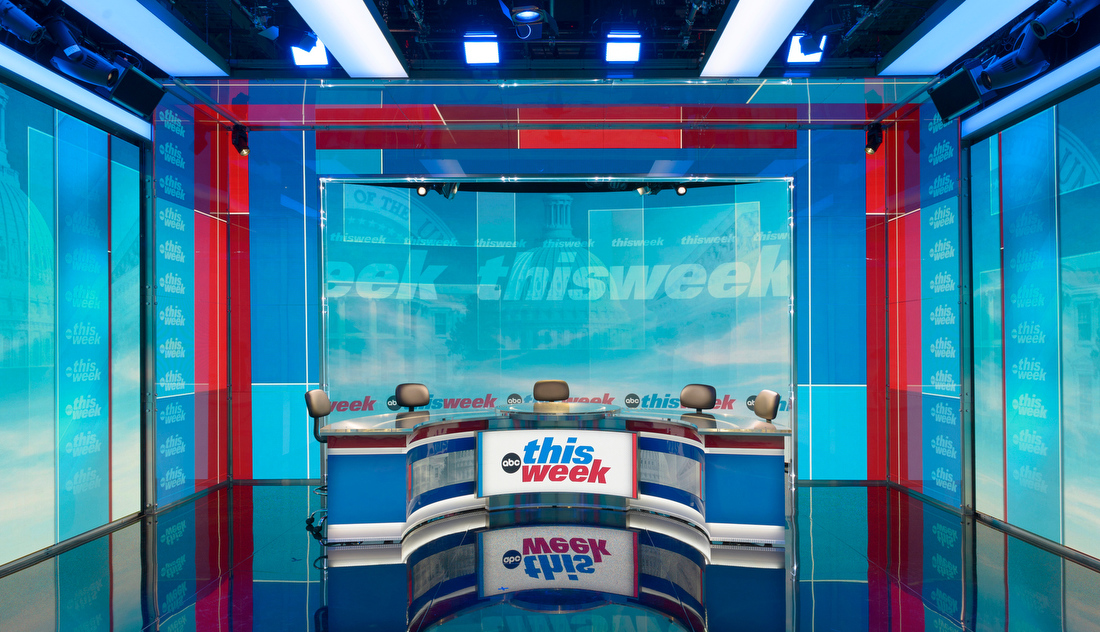 ABC News has debuted a renovated Washington, D.C., bureau studio that unifies the space with the network’s primary home in Studio TV3.

The studio from Seth Easter follows the design language introduced in the TV3 remodel, featuring large spans of LED display technology wrapping the space accented by sleek finishes. The studio includes 360 degrees of display technology, including a ceiling-mounted video display.

This cohesion in design allows greater flexibility between the two locations and gives producers the ability to utilize modern display graphics on the higher pixel-pitch video displays, which couldn’t be done in the Washington studio before the retooling.

The update is a major investment in the Washington location ahead of the 2022 election cycle and following other recent upgrades by competing broadcasters.

Sunday political affairs show “This Week” serves as the primary user of the studio when hosted by Martha Raddatz, with the Sunday, Nov. 7, 2021 edition debuting the space. George Stephanopoulos, meanwhile, continues to host from the “Good Morning America” studio in Times Square. 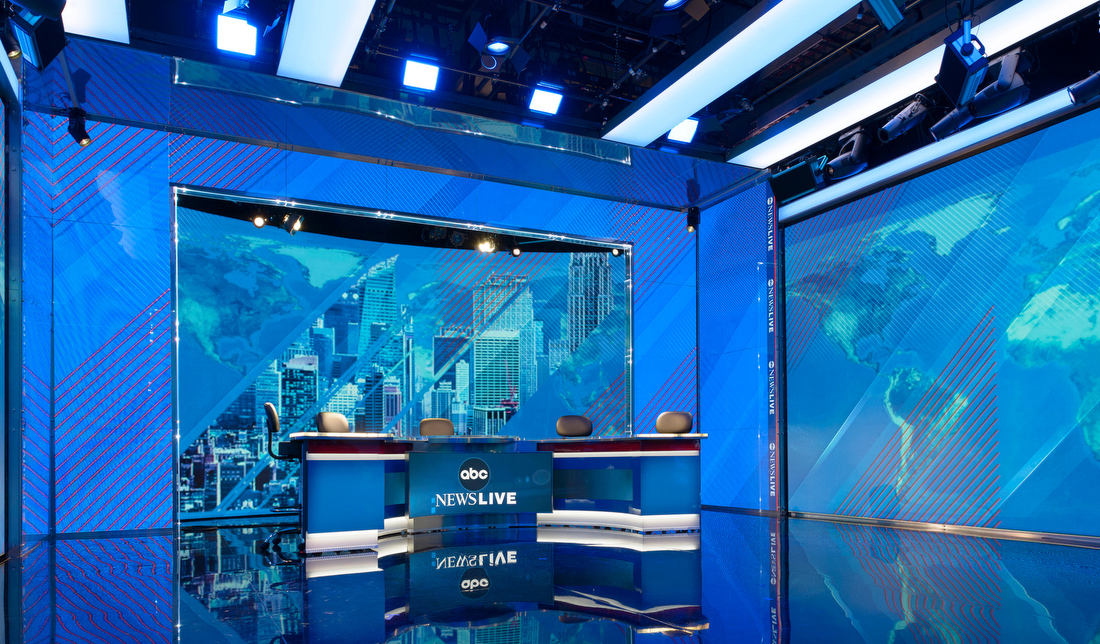 Studio A at the ABC News Washington bureau. Photos courtesy of ABC News.

“It gives us the flexibility to support all of our shows out of Washington because the space is so adaptable for different needs,” said Dax Tejera, executive producer of “This Week,” in an interview with THR. “Because we do originate from two different cities, it lets us have a different look and feel so that the audience is comfortable knowing where they are coming to ABC on Sunday morning.”

The new bureau will also serve programming on ABC News Live and a variety of Washington-based ABC News specials.

Along with the set, the studio space has been upgraded on multiple fronts, including a new lighting system and grid with a state-of-the-art moving LED light package. 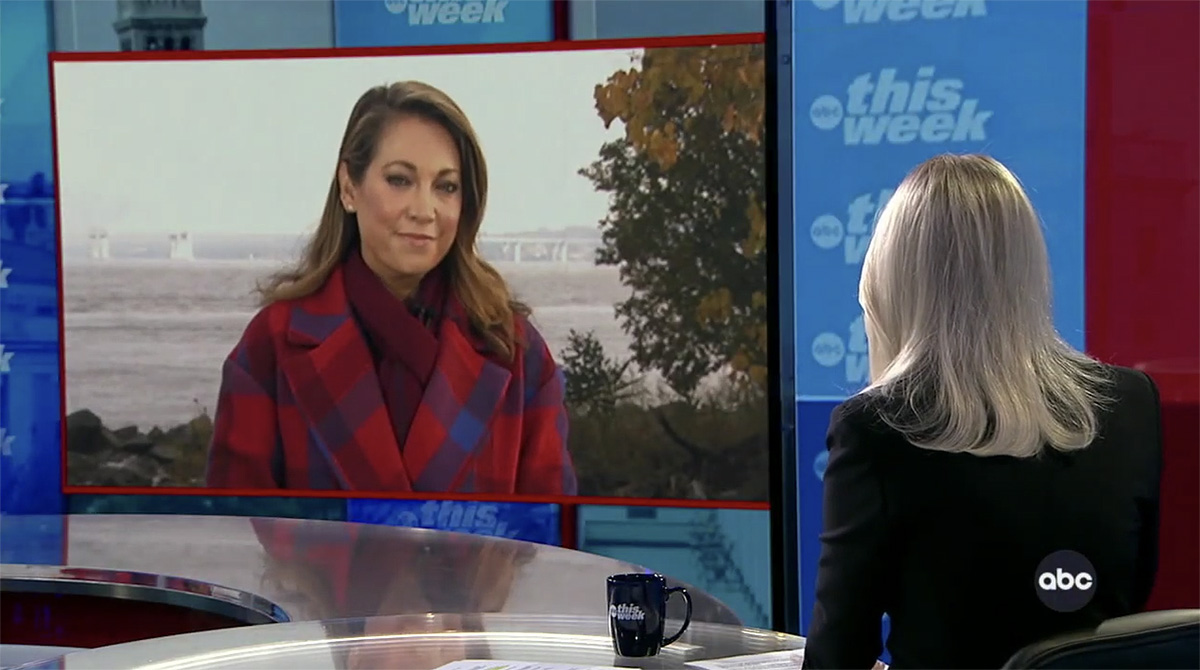 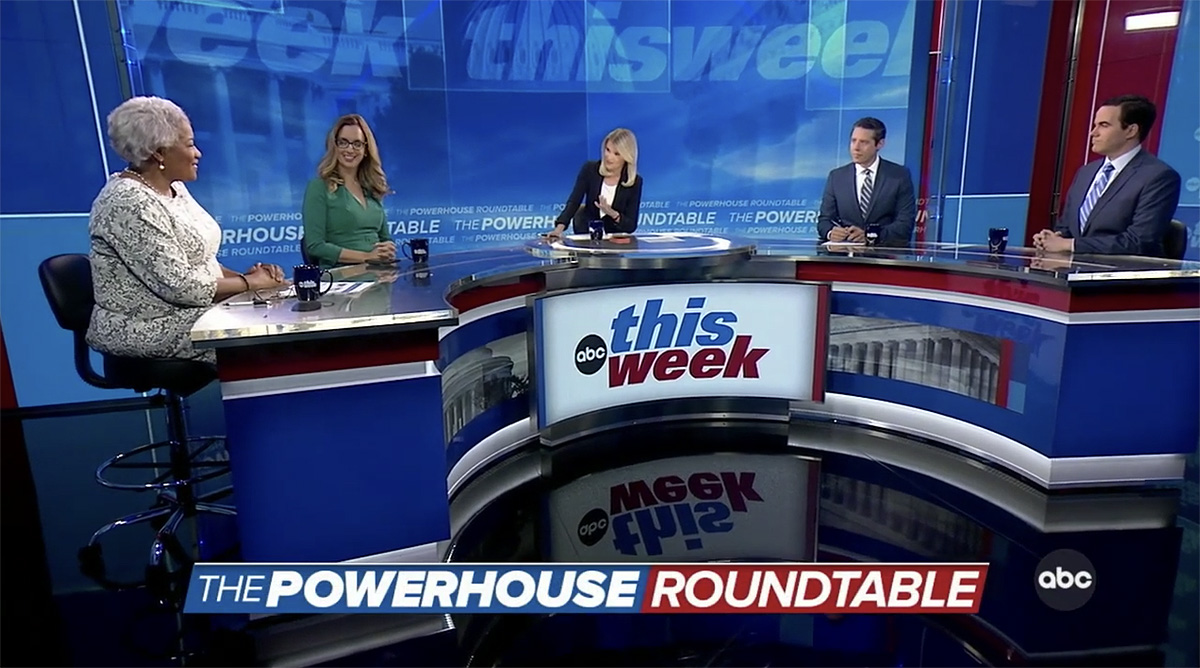 The changes to “This Week” were preceded by a slight update earlier in 2021 when a new desk was added – matching one also in New York – with the set’s scenic pieces rearranged.