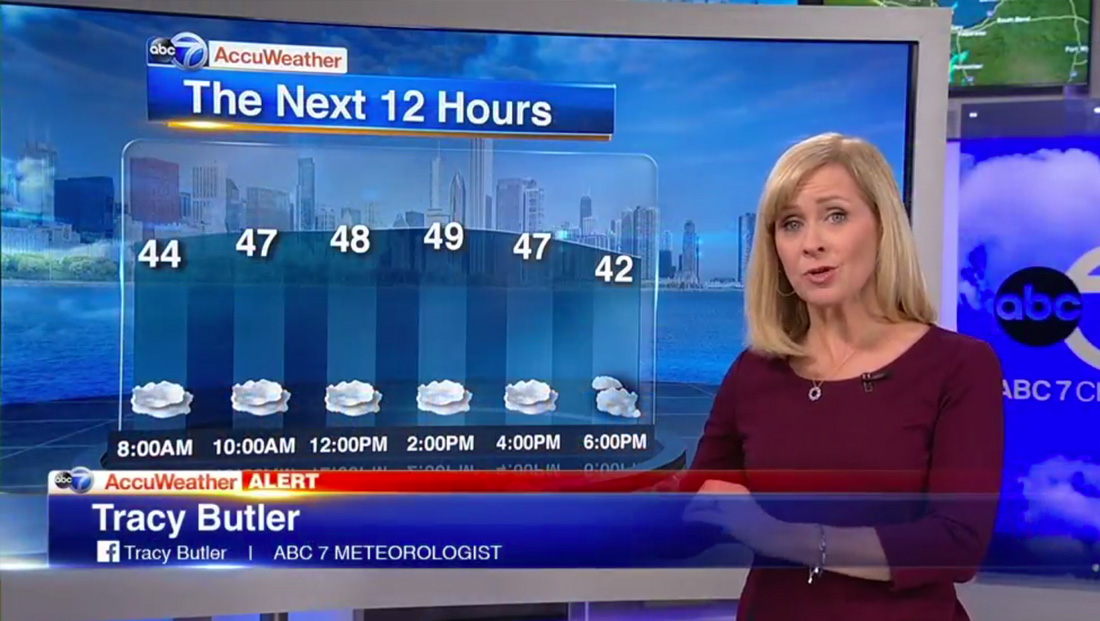 After rechristening its weather forecasts under the “AccuWeather” name, part of ABC 7 Chicago’s now former “First Alert” brand has wormed its way back into some of its forecasts.

Starting on Thursday morning’s newscasts, each of the once-every-10-minutes forecast segments, which is also branded under the “Weather and traffic on the 7s” banner, had the word “Alert” tacked on the end.

The station updated the lower thirds that popped up during Tracy Butler’s forecasts to include a bright red “Alert” box — resulting in “AccuWeather Alert.”

The name has since been used during severe weather situations.

We’ve reached out to the station for comment and clarification.

WLS seems to have a love-hate relationship with the word “Alert” — it changed its weather branding to the “First Alert” name about three years ago, only to drop it this week.

The station also created not one — but two “Alert Centers” — on its new set, but has since reduced using that name.