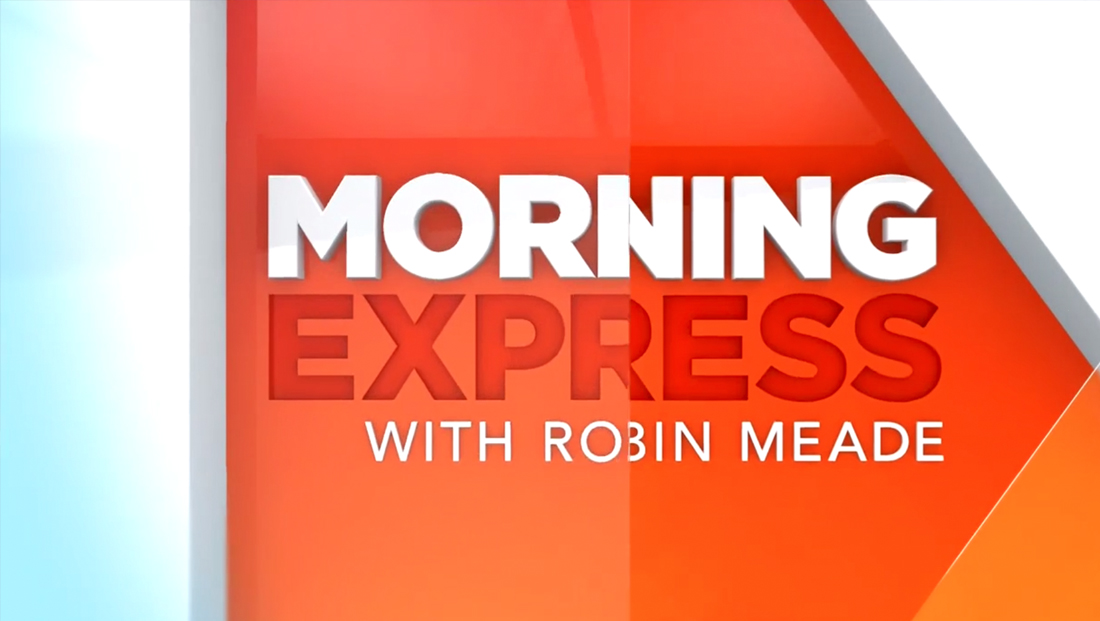 Headlines return to HLN, along with former moniker

Like its new hourly “Headlines Now” segments, the “Morning Express with Robin Meade” design has been updated to include elements with a bit more 3D feel in favor of the mostly flat look and feel the network switched to in 2017.

That look, in turn, replaced the 2015 graphics update that emphasized a floating speech bubble motif.

The rounded rectangle elements the network adopted last summer still remain, however, in the lower third insert graphics and bug used throughout the network’s day, including during “Morning Express.” What has changed are the various fullscreen animations for teases, title slides, stingers and bumps — which now add an angled element inspired by the “X” in the shortened version of the show’s name, “MX.” These two letters, rendered with a subtle 3D effect, serve as a frame of sorts for most of the new fullscreen graphics. Other graphic elements are placed within oversized letters typically rendered in bright orange and gold tones set inside of a white and gray outline of the glyphs.