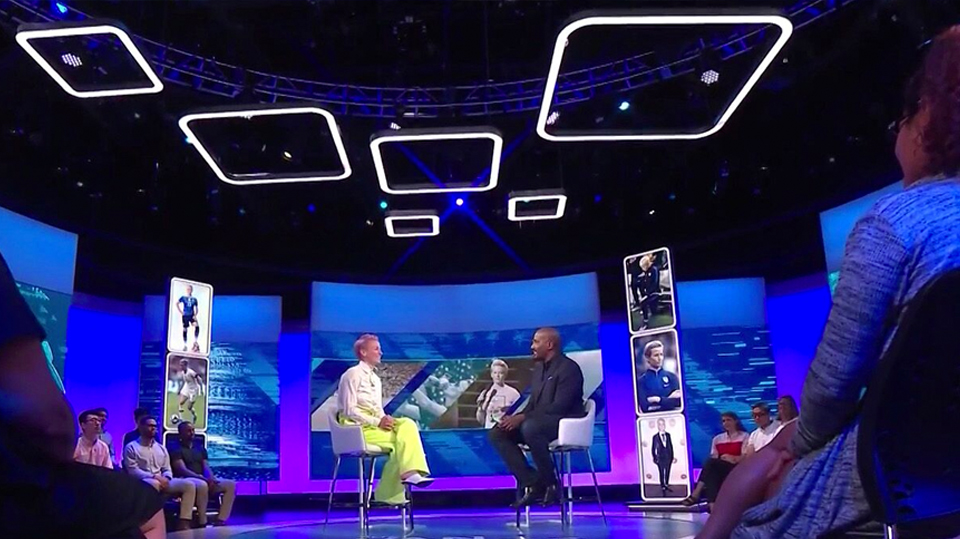 The final studio space at CNN’s new Hudson Yards headquarters has made it on air.

The set, designed by Clickspring Design and built by Showman Fabricators, is designed to be used by multiple shows and formats — much like many of the other spaces at CNN’s new digs.

Studio 19X is purpose built to accommodate a studio audience if needed, making it the ideal home for “Van Jones” and, potentially, CNN’s town hall-style productions.

Like many of the other spaces in the network’s facility, the space features a generous amount of LED video panels, continuing the goal of being flexible enough to accommodate multiple shows and setups while also tying it together visually with other on air looks.

Along those lines, color changing lighting built into the set and via The Lighting Design Group’s lighting design also allow the space’s look and feel to change instantly. 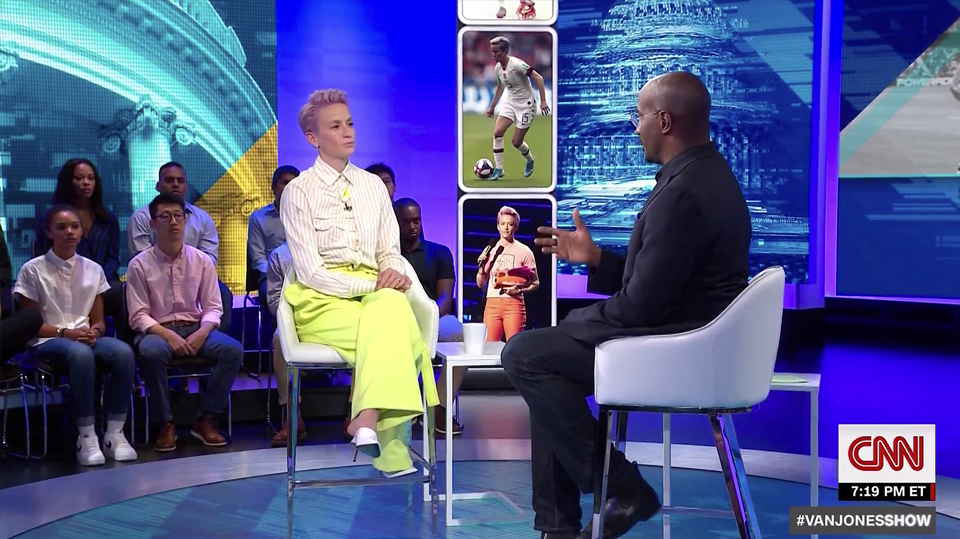 “Van Jones” used one of the wider spans of video wall as its primary background, behind the circular riser with LED floor panels that served as home base for Jones and his guests.

The rest of the space features flat, solid ways with lighted reveal lines that can be splashed with color lighting effects and additional movable LED video wall segments from Leyard. 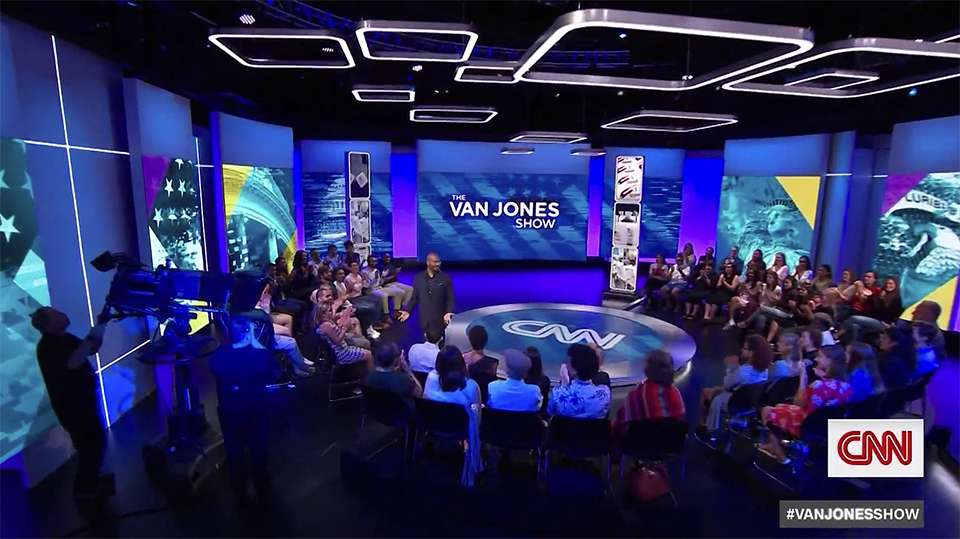 The rounded rectangle and square motif found in the ceiling and desk in Studio 17N, the newsroom style set used for a variety of New York based programming that debuted in May, is incorporated into 19X’s look prominently with three wild three-panel video “columns.”

Each panel is outfitted with a lit border with rounded off corners and can be fed a variety of topical or branded graphics.

The shape is also used in internally lit elements that float over the studio floor.