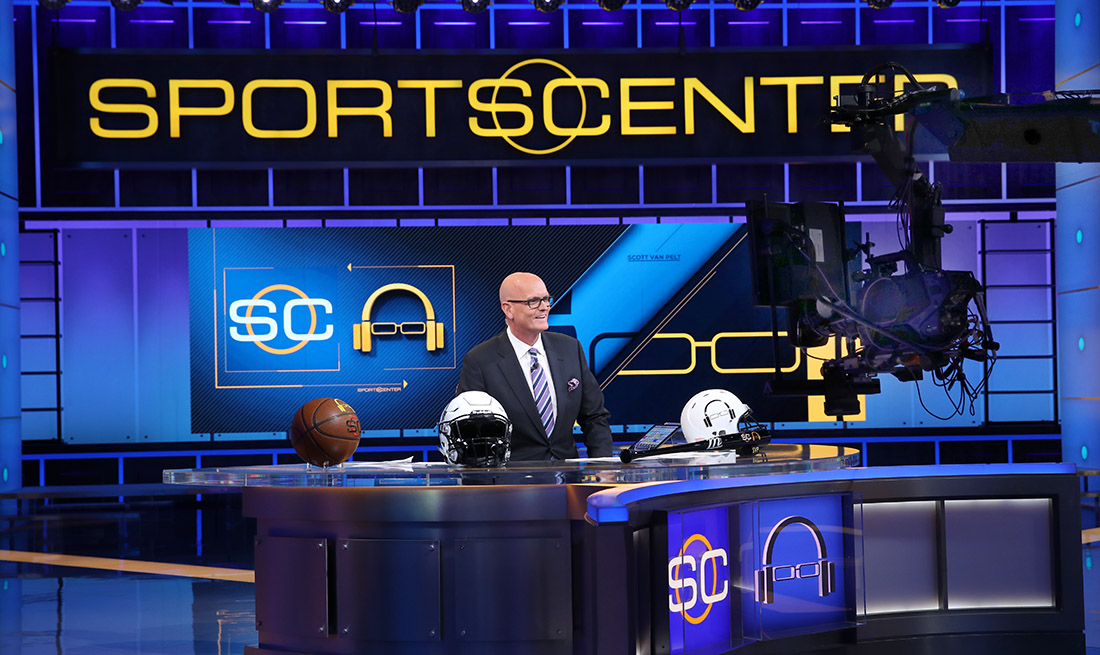 ESPN’s “SportsCenter” will add a third city to its roster, joining Bristol and Los Angeles, with the move of Scott Van Pelt’s late-night edition to Washington, D.C. this August.

Van Pelt has used Studio X, the primary home of the program, since his edition launched in 2015 with a darkened color palette and laid back vibe.

In Washington, “SportsCenter” will borrow the studio home of “Pardon the Interruption,” which is co-located with the ABC News Bureau. In January 2020, the show debuted a new set which will also be utilized by “SportsCenter with SVP.”

John Ourand of Sports Business Journal writes that some changes to the show will likely occur with the move.

Half of the Washington studio became vacant after “Around the Horn” departed Washington in 2018 for New York City and ESPN’s new facility at the South Street Seaport development, providing space to install the set that will become the home of Van Pelt’s broadcast this fall.

Some key staff will relocate with Van Pelt but the show will continue to be produced out of Bristol, similar to the network’s other remote productions.