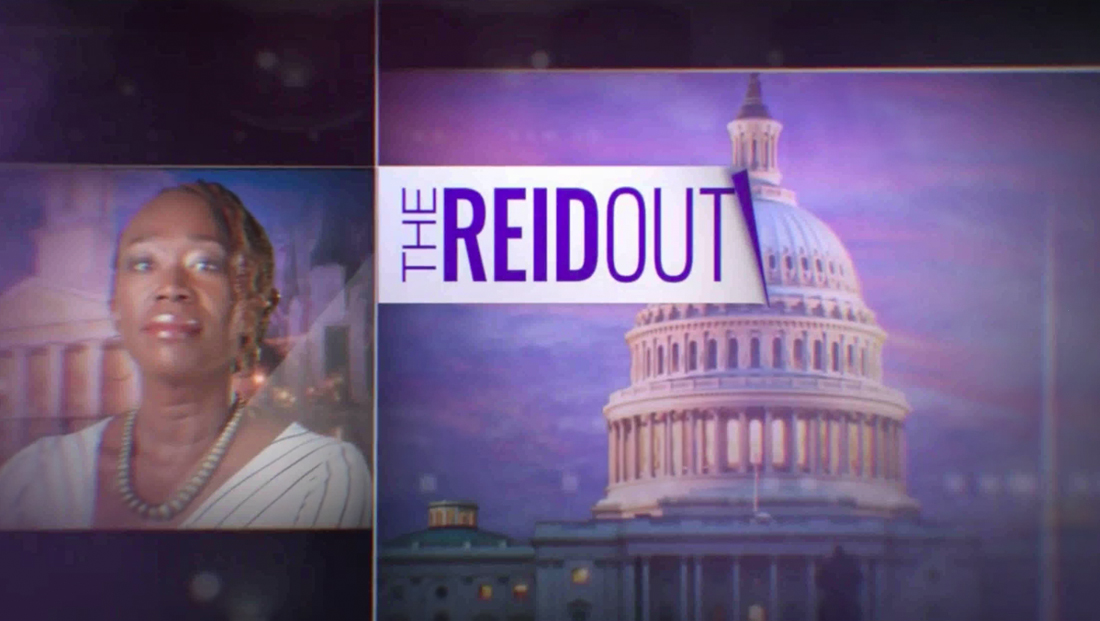 Despite debuting during the era of home studios and limited crews thanks to the coronavirus pandemic, MSNBC’s “The ReidOut” managed to get back into the studio for its big day.

The new show’s look centers around a “page curl” accent, shades of violet and imagery of Washington, D.C.

Despite the Washington-heavy look, the debut show July 20, 2020, was anchored out of MSNBC’s side of Studio 3A in Rockefeller Center and made use of the corner video wall installation as well as the nearby setup that blends floor to ceiling LED with a curved ribbon. 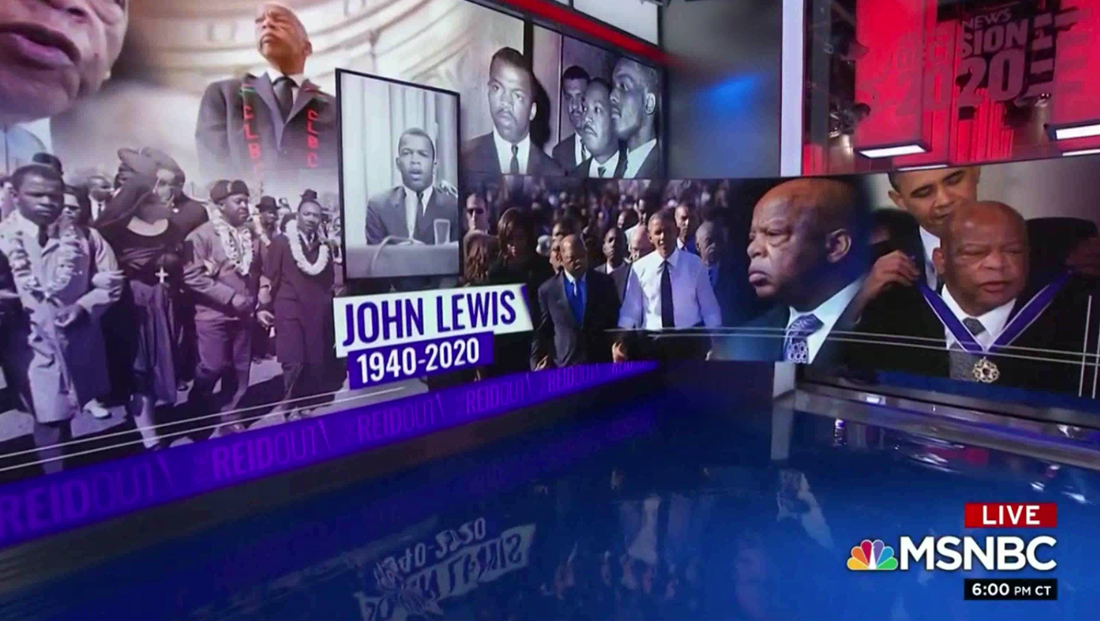 This area was used for both topical graphics, such as elaborate collages of the late Rep. John Lewis to Donald Trump to Black Lives Matter protests, as well as teases and social media promos all shot using a handheld camera.

Handheld shots were also used at the top of the show as well as going to and from breaks, though the far left side with freestanding flat video wall and backlit wall did not make appearances in wide shots. 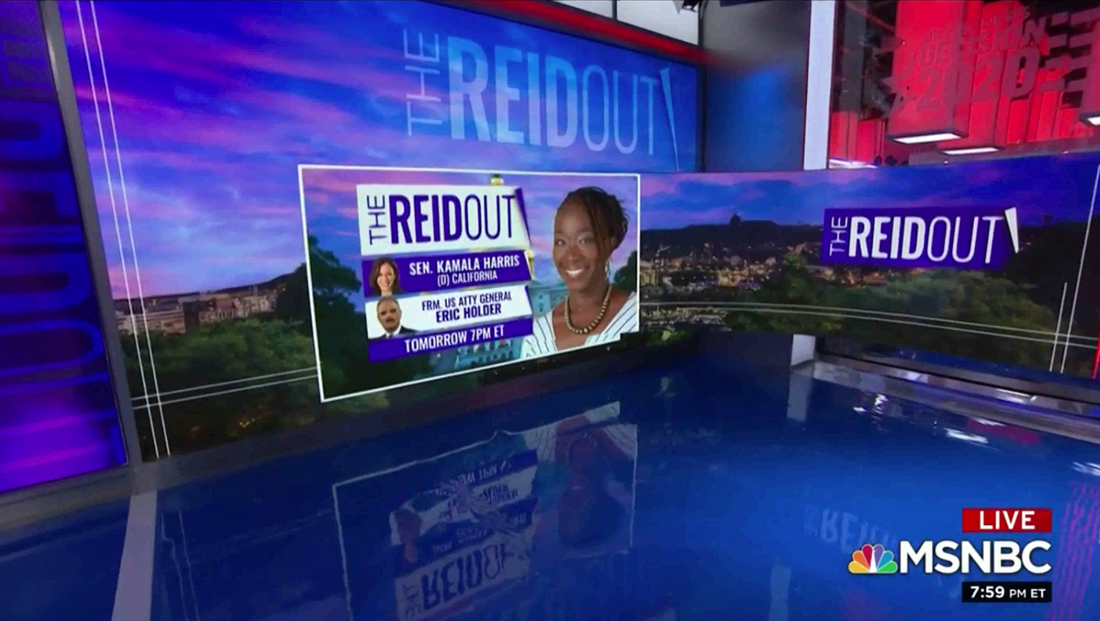 Alternatively, the video walls could be switched to a stylized D.C. skyline with one or more boxed elements lined up with the curved portion that juts out from the flat LED — though at times it looked like the graphic didn’t quite match the physical dimensions of the LED, as shown in the tease for the next day’s show shown above where the lower part of the boxed graphic is cut off. 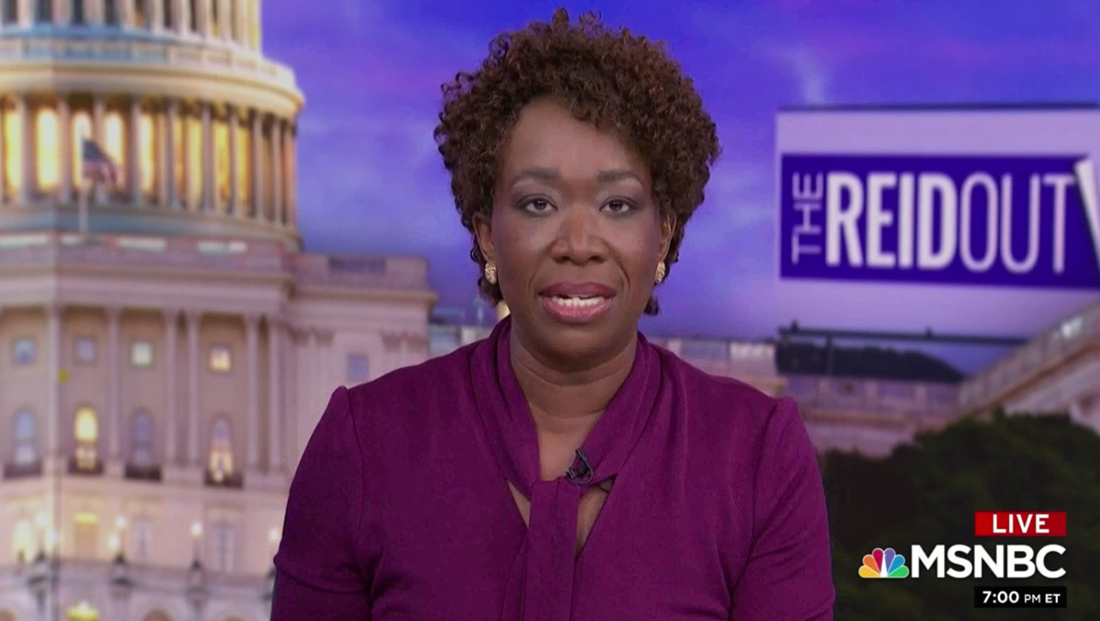 Behind anchor Joy Reid, meanwhile, an image of the U.S. Capitol with faux billboards bearing the show’s name was used as the primary background.

Although it only appeared in wider and bump shots, the far left of the video wall featured an oversized rendition of the logo with a page curl being “peeled” back to reveal the city skyline. 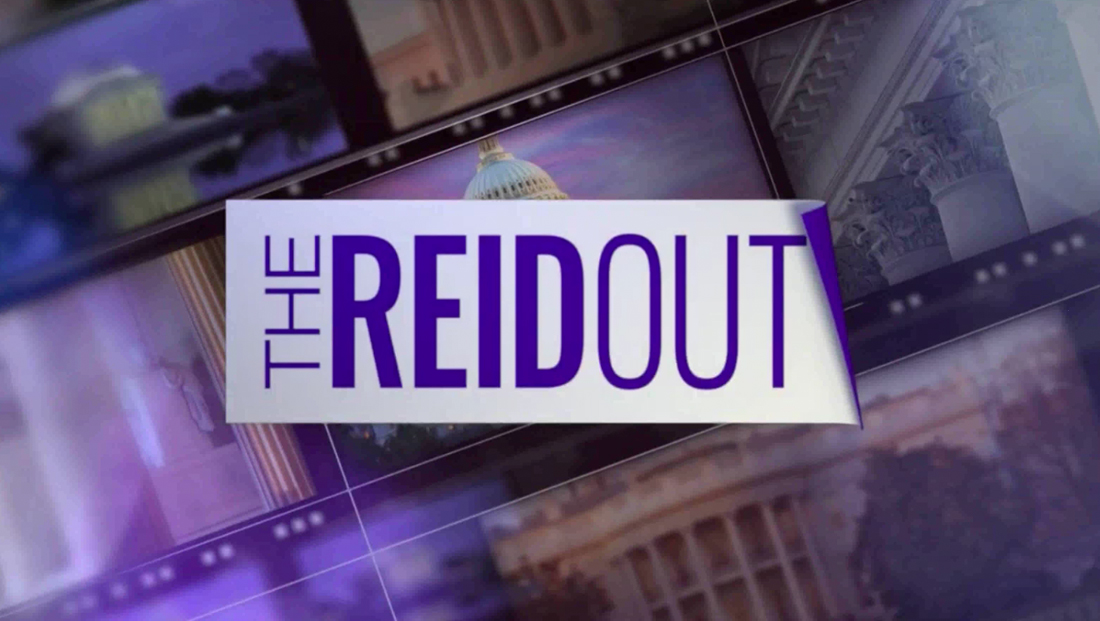 The show’s open and bumps also used many of the same elements, with the added option of having Reid’s image appear in the open and rejoins in a slightly different lockup that converts the page curl to feel more like a “ribbon” sticking out from the edge of one zone of the design.

Also incorporated across the board is a hard hitting and heavy musical bed. 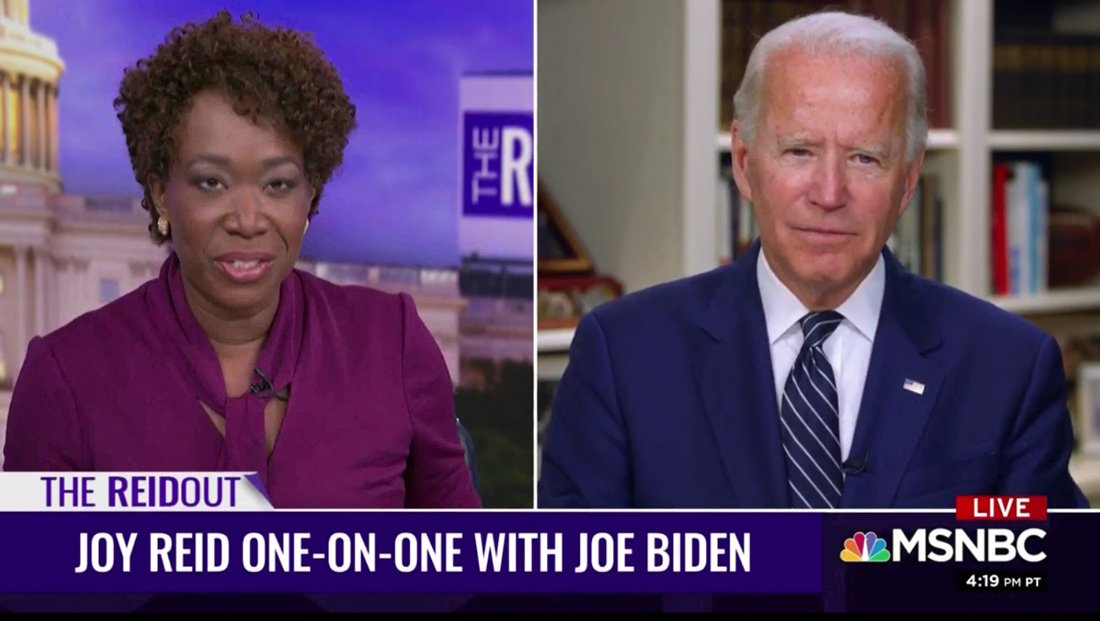 That curl appeared throughout the show on the top tier of the lower third graphic, which was colored off white and violet and used the same condensed font used in the logo.

MSNBC’s initial announcement indicated the show would D.C. based, though NBC’s studio space in the district is a bit limited after a fire heavily damaged two of the network’s satellite studios with views of the Capitol.

Since then, most shows that used the old studios have been originating from the “Meet the Press” set, though much of that changed during the coronavirus pandemic when anchors switched to home based studio setups.

NBC is also in the process of building a new “hub” in the city that was originally targeted to debut before Super Tuesday in March 2020, but has been delayed.