A look at the updated home of Sunday ‘CBS Weekend News’ 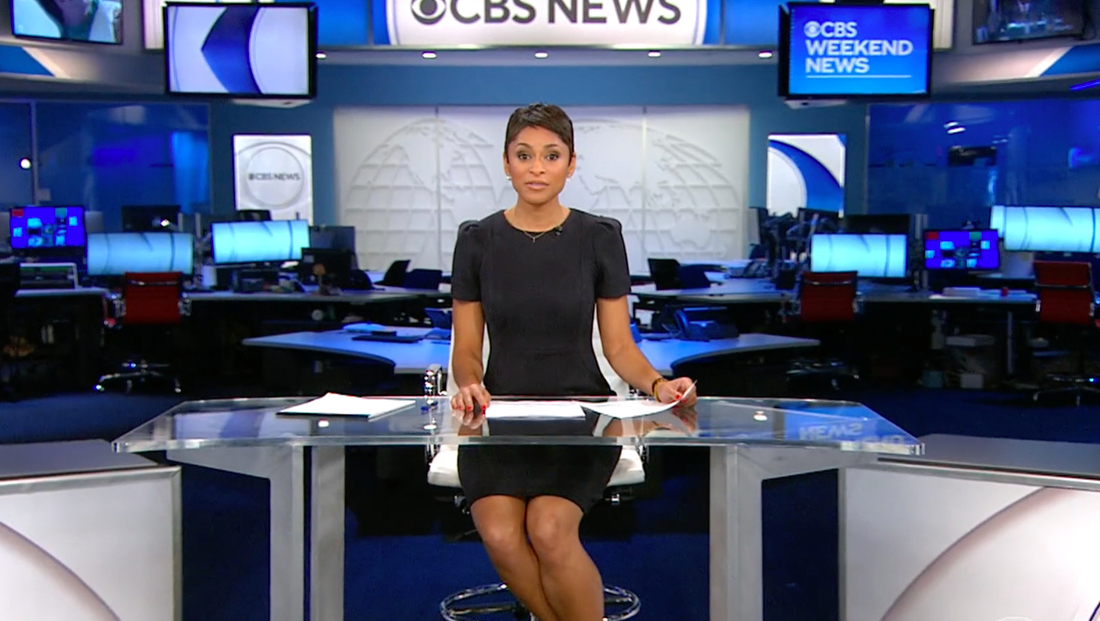 On Dec. 12, 2020, CBS began a new chapter with the broadcast’s Saturday edition anchors by Adriana Diaz from Chicago and Sunday’s featuring Jericka Duncan from New York.

Dec. 12 also saw the introduced of a new open for “Weekend News.”

That evening’s edition, helmed by Diaz, was produced out of CBS owned WBBM’s newsroom in Chicago, which had been spruced up for the occasion with new printed graphics on the walls and workstations that better match the new open’s cleaner, flatter look. 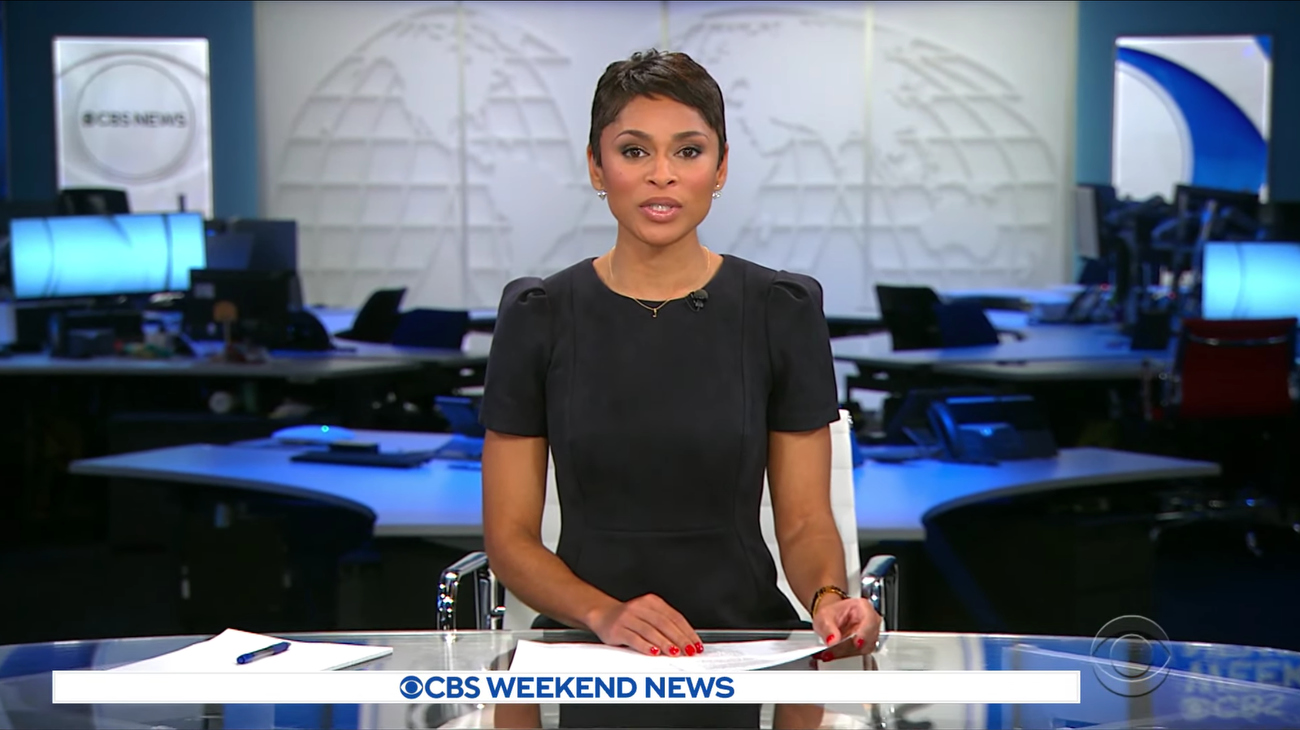 On Dec. 13, Duncan anchored from an updated Studio 47 inside the CBS Broadcaster Center in New York that featured similar on set graphical updates, including covering the large windows with a printed, light monochromatic iteration of the Walter Cronkite-era world map that has appear on numerous CBS News sets over the years (a darker version has been installed in Chicago). 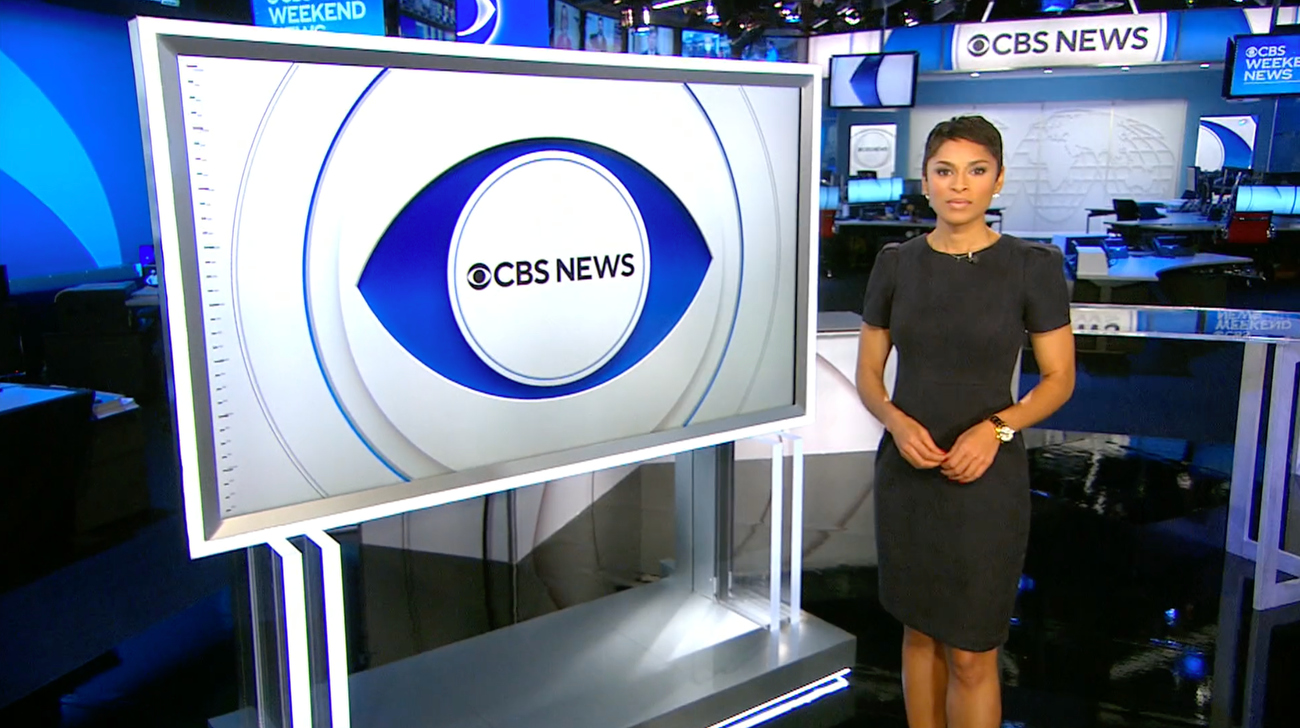 The show’s headlines start with Duncan standing next to a portable video screen with the open, glass topped anchor desk behind her.

The network also updated the backlit header with the new sans serif CBS News logo (introduced as part of an overall brand redo in late 2020) and components of the new open.

The space also appeared on air during 2020 primary and election coverage.

Studio 47 was the longtime home of “CBS Evening News” dating back to Dan Rather’s days and has been updated numerous times, including a redo for Katie Couric’s debut as anchor in 2006.

After Couric departed in 2011, Scott Pelley continued to anchor from the studio. For 2016 election coverage, the broadcast moved to Studio 57, originally designed as the home of “CBS This Morning” and would eventually make it permanent.

In the summer of 2018, CBS opted to renovate the space into a “news hub” newsroom for the network.

Studio 57 continued to be the home of “Evening” through both the remainder of Pelley’s tenure, all of Jeff Glor’s and part of the current anchor Norah O’Donnell’s (albeit with unique looks).

As planned when O’Donnell was appointed to the anchor desk, the “CBS Evening News” moved production to Washington, D.C. in December 2019.

Meanwhile, what’s interesting about Studio 47 is that it kept the same basic layout from Rather through Pelley — and remnants of that basic structure still even remain today.

Back when Rather debuted on the set, it featured an anchor desk flanked by glass and wood toned panels set in front a view of the “Fishbowl” — the nickname for CBS’s core newsroom workspace.

Above that was a large curved header with dimensional logo of the Didot iteration of the CBS News logo. A mezzanine level extended from both sides and featured a metal railing.

Rather’s primary backdrop was originally a “tiled” world map and large stacked CBS News logos. This entire back wall was eventually updated and replaced with three rear projection screens that were used to display OTS-style graphics behind Rather.

When Couric took over, the new set followed much of the same footprint as the old one, but introduced warmer tones instead of the grays and blues that dominated before that. It ditched the RPs in the newsroom area, but added a large curved installation camera right of the new anchor desk.

The header was changed to duratrans one that would change designs multiple times over the years (likely thanks to the relatively low cost and ease of swapping out printed graphics) and this version of the space also featured the balconies.

When renovating Studio 47 into a newsroom, the network opted to keep most of these elements — and they appeared on air behind Duncan along with the cosmetic changes.