‘The Daily Show’ is taking a hiatus, will return with ‘brand new look and feel’ 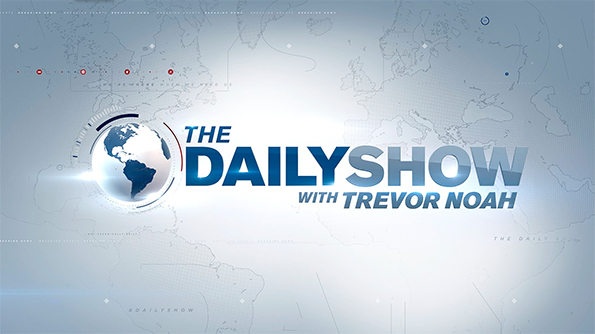 Comedy Central’s “The Daily Show” has started a three month hiatus that will end Sept. 13, 2021, with what the show is calling a “brand new look and feel.”

Host Trevor Noah has specifically mentioned that changes would be coming following his return to the studio, but didn’t go into much more detail as to what those changes could include.

So far, none of the announcements have specifically mentions if it would be return to the studio or not or if any elements from the “at home” editions will influence the new look and feel.

“Daily” stopped using its studio March 12, 2020, as the first waves of the coronavirus pandemic took over. The show created a home studio for Noah, which sported a modified logo reading “The Daily Social Distancing Show,” a concept that started as a temporary stop gap was to produce new content while the industry adjusted to the pandemic.

The format was rolled out to the linear TV versions of the show as well a short time later.

Select shows have been slowly moving back into the studio, often with physical modifications to the set to keep people farther apart and reduce floor crew. Still others are also bringing back studio audience members, who typically have to be vaccinated, undergo health checks and wear masks.

Others, such as “The Tonight Show,” used the time away from the studio to install cosmetic updates.

“The Daily Show” films at NEP Studio 52 at 733 11th avenue, which happens to be a few blocks from its original space, NEP Studio 54. Prior to that it was produced from another NYC studio until 1998. “Daily” moved in 2005 to make room for “The Colbert Report,” which took over 54.

Throughout its history, the show has used a variety of looks designed to mimic “real” news sets, though often with a few bits of not-quite-so-traditional elements mixed in.

The show even “trashed” its set in 2016 to show what it predicted one of its broadcasts might look like four years into Donald Trump’s leadership.

“The Daily Show” typically airs Monday through Thursday, taking some shorter blocks of time off during the year, so a summer hiatus lasting about two and a half months is a bit unusual.

Comedy Central appears to be filling the show’s 11 p.m. eastern timeslot, at least as of the week of July 5, 2021, with reruns comedy shows.