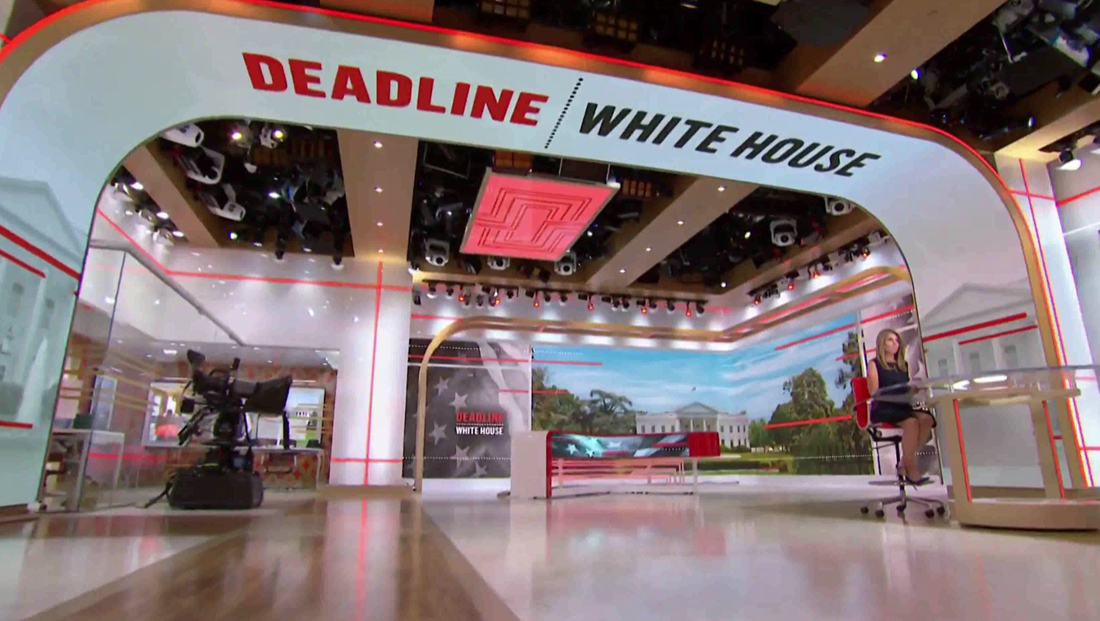 MSNBC’s “Deadline: White House” was the inaugural show to originate from the renovated Studio 3A Monday, Sept. 20, 2021. The new design brings a lighter and more airy feel to the studio.

Editor’s note: This is a preliminary overview of the new space. Follow us for more updates and in-depth design conversations in the coming weeks.

The show, which airs for two hours starting at 4 p.m. eastern, quietly launched from the new space while “All In” utilized the updated studio in the evening.

Much of the footprint of the space remains similar — there’s still a large corner with seamless LED panels, but it’s now capped with a glossy white header with color changing LED accent lines and framed out by a “deconstructed” light wood tone archway of sorts.

That same shape is found in a new LED ribbon that bisects the space, going from the floor on one side and curving as it reached the grid and then running the entire way across the ceiling before returning to the ground.

The large floor-to-ceiling LED with a curved portion jutting out from it also remains, but instead of this leading to a cluster of workstations, there’s now additional LED and a large dimensional NBC peacock installed over additional LED video panels surrounding with backlit LED. 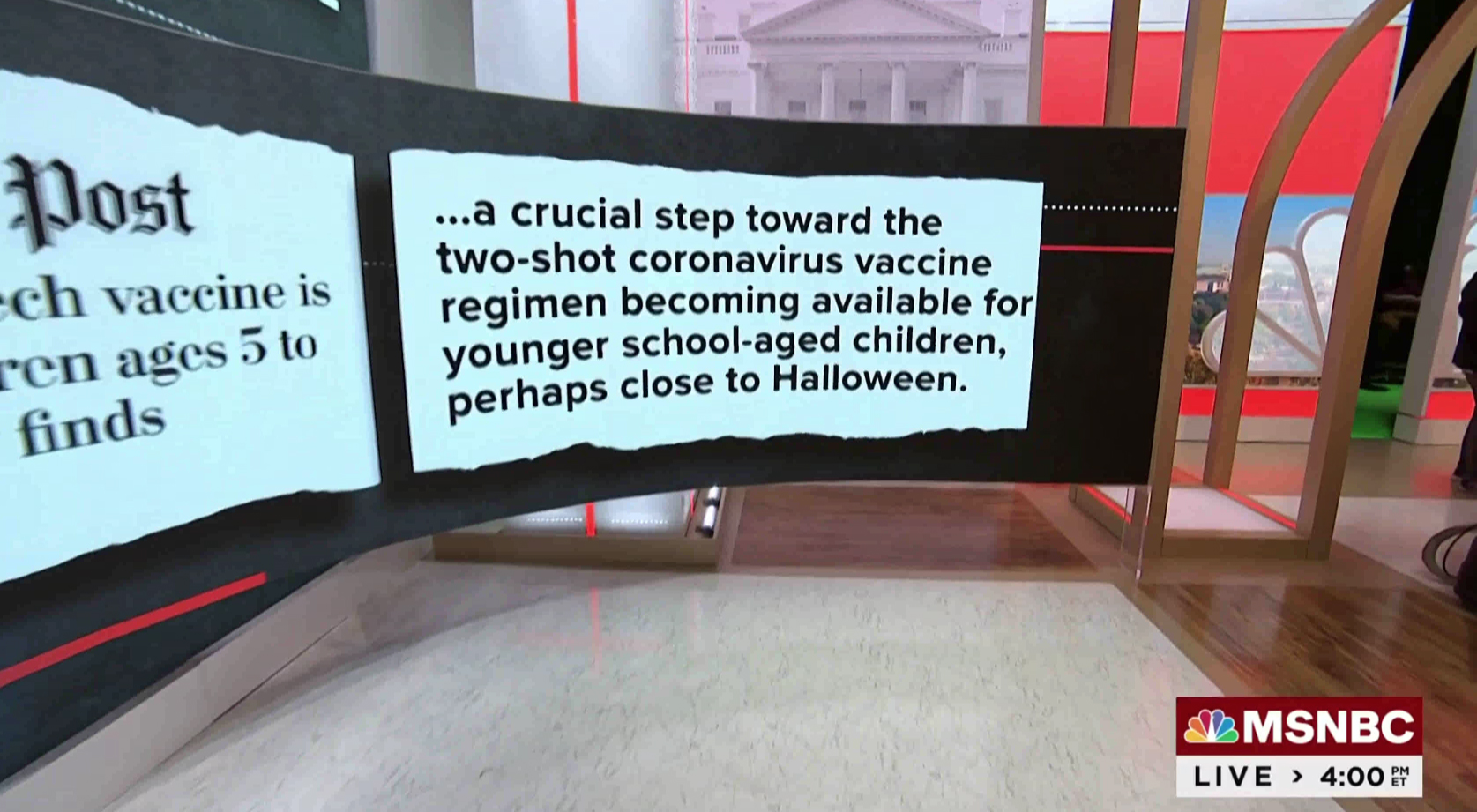 In at least one shot a new tracking wall could be seen with a chroma key cyc area, which would sit between the main studio and the nearby part of 3A formerly home to “NBC Nightly News” (before it moved to Studio 1A), sometimes referred to as Studio 3AW or 3C.

In front of this area is another modern, open deconstructed arch with interior facets equipped with color changing LED. 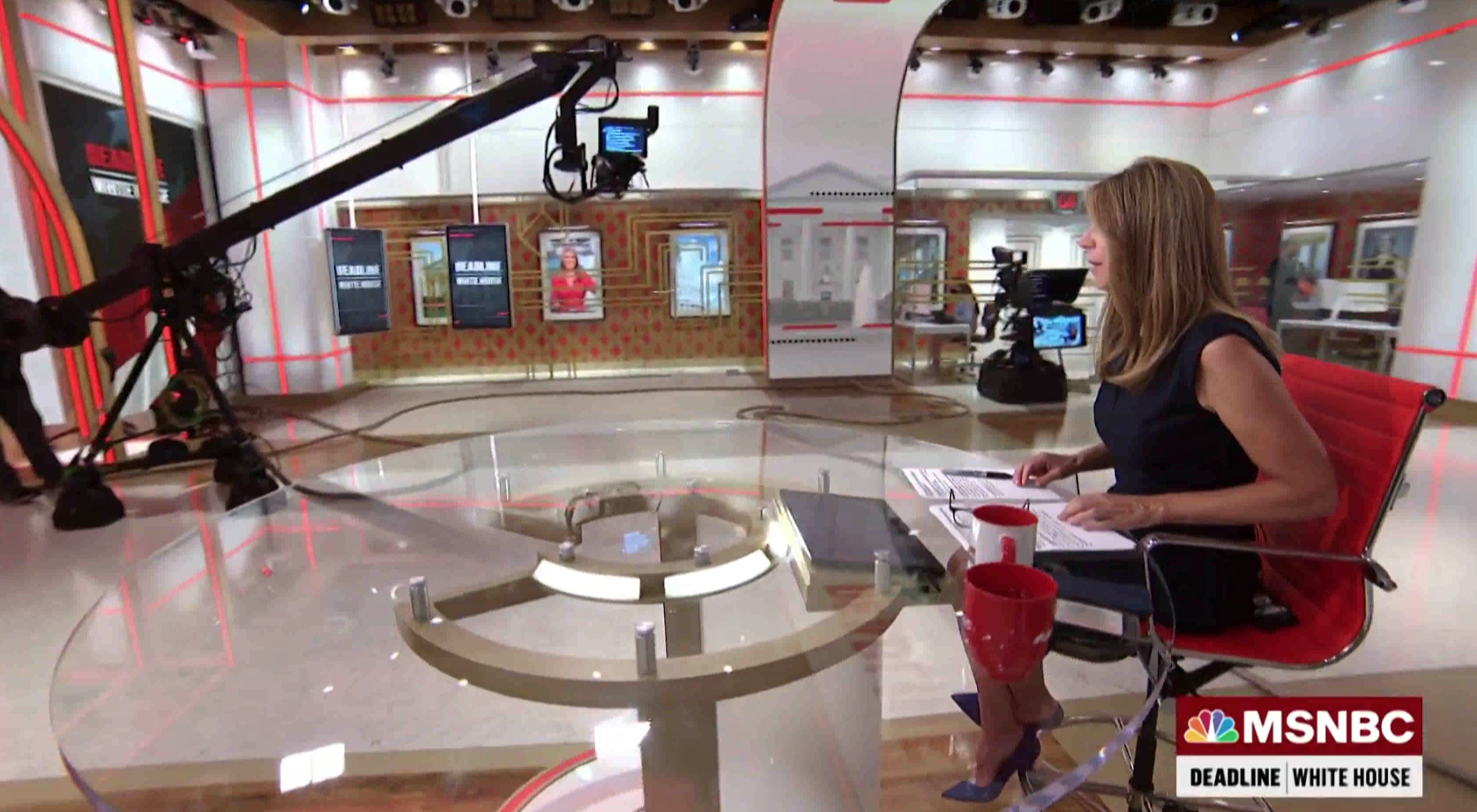 Meanwhile, the straight wall that runs along the interior wall of the studio has been converted to a passageway of sorts with decorative straight art deco patterns in gold along with bands of NBC peacocks.

The area has a red and gold wall treatment formed with hundreds of peacocks on a “wallpaper” of sorts, while the wall is outfitted with LED panels designed to look like hanging picture frames.

That art deco pattern is repeated in-ceiling elements that can change color as well.

This wall would have been where the backlit grid with multiple monitors and balcony that was removed in 2018 was.

There’s also two tracking vertical monitors along with two “glass box” areas that appear be small workstations and seating areas; these spaces are roughly where the freestanding LED video wall and suspended video screen were previously (these were both originally rear projection screens when the space was first created).

Host Nicolle Wallace was seated at a large circular table that, like before, was positioned to leverage the curved LED ribbon for remote guest feeds. There’s also at least one other anchor desk, this one an L-shaped one with an LED front and color changing elements, which was placed behind Wallace and appeared in most of her one shots.