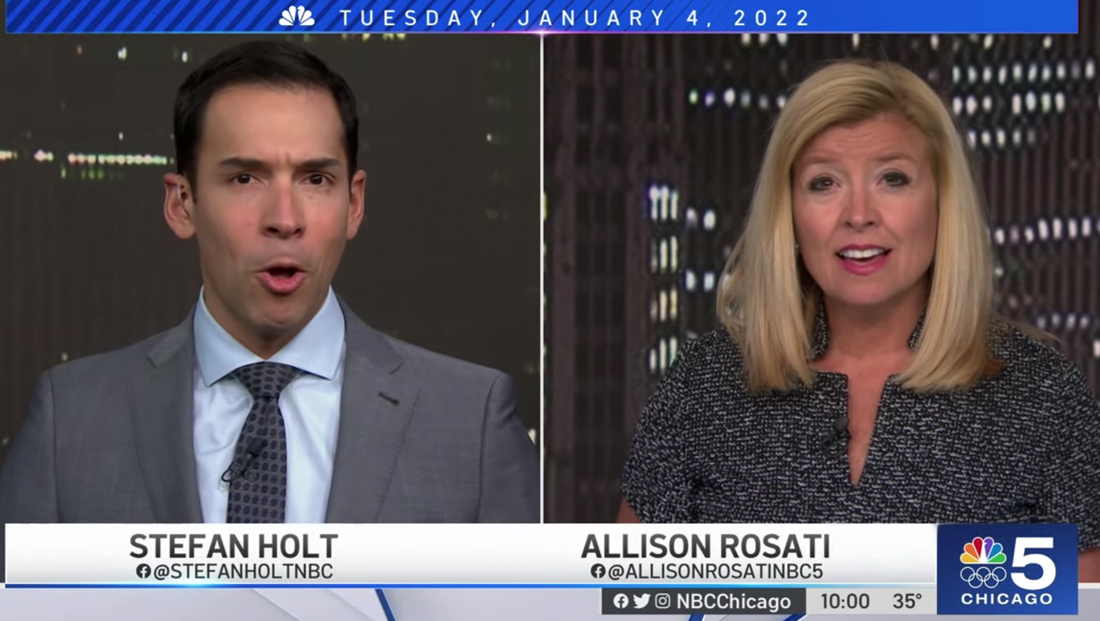 As the coronavirus pandemic wages on, many news and other television productions are returning to remote or partially remote productions.

Stations and networks are taking differing approaches and the configurations also often change from production to production.

In Chicago, for example, ABC owned WLS still has anchors in studio at the anchor desk, but continued to keep them seated farther apart than normal, as it has done frequently over the past two years. 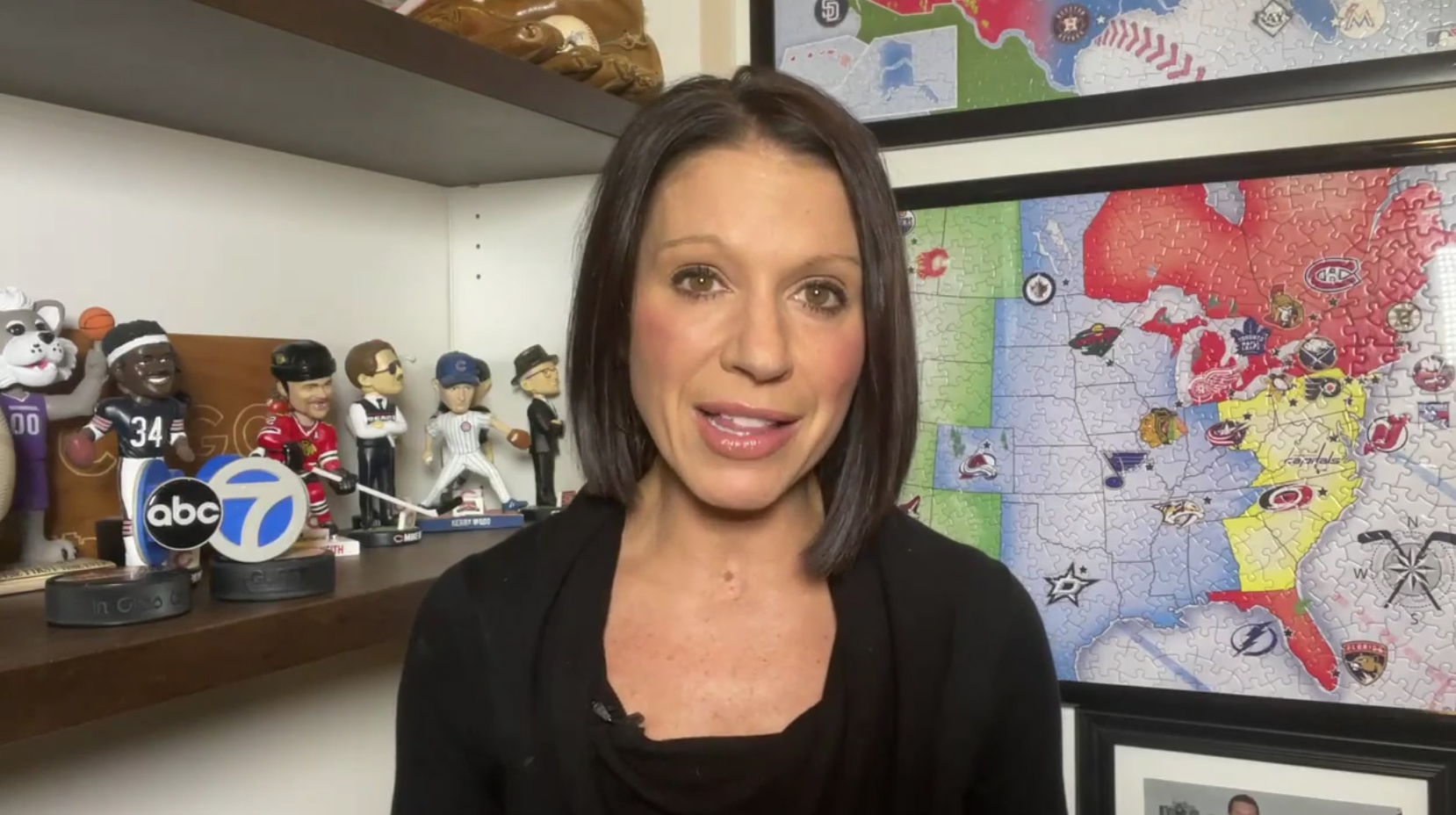 Select weather and sports segments are being produced remotely, including from talent’s homes, a practice that started in the spring of 2020.

NBC owned WMAQ has anchors in separate locations in studio and uses two boxes to create a “combined” shot while CBS owned WBBM is using a similar approach, with one anchor in the newsroom and the other in the studio downstairs.

All three stations are producing some sports and weather segments from alternate or home based studios. All three stations also have reporters working remotely and sometimes appearing on camera from home for standups or in-package interviews. 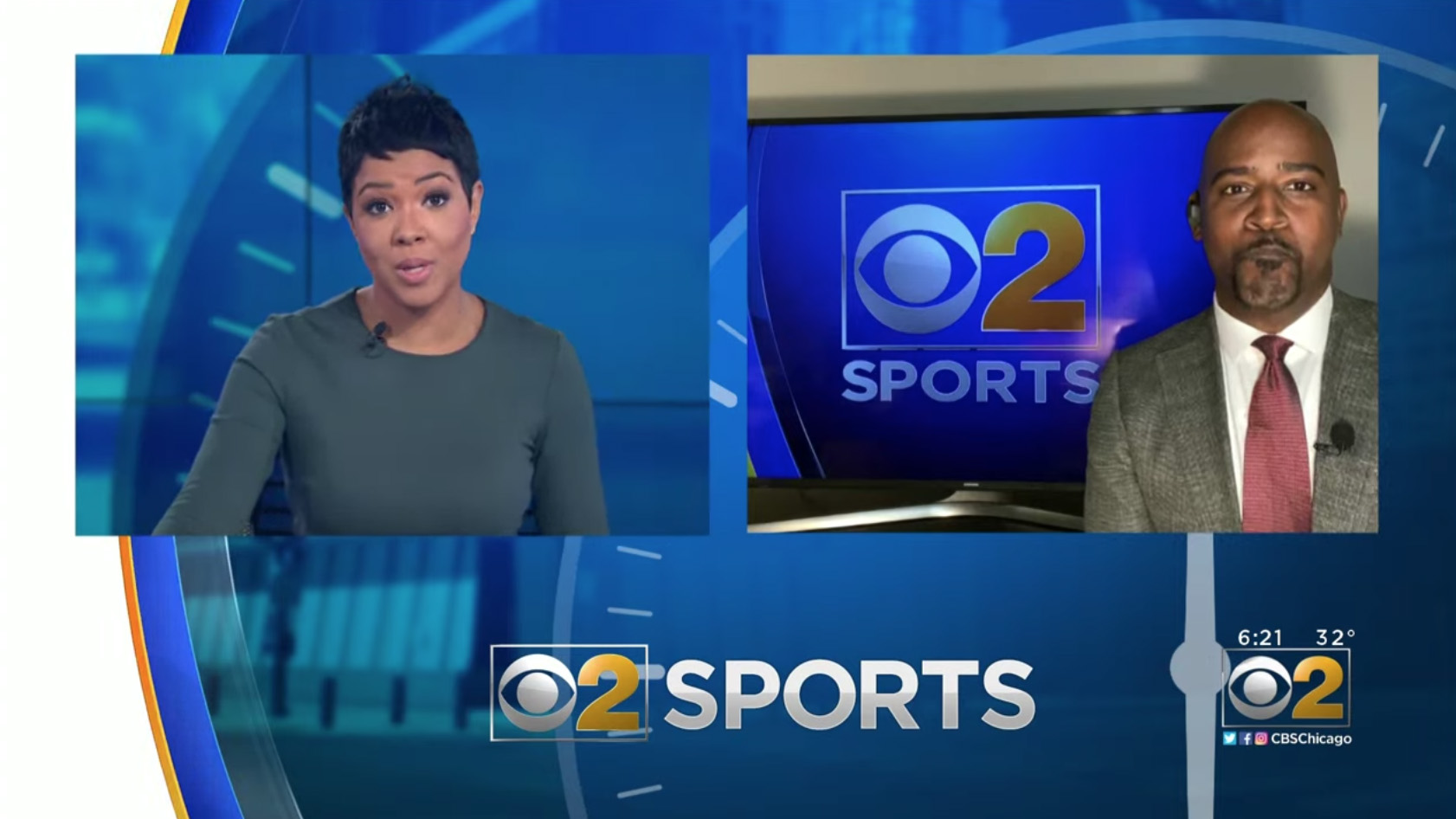 At the network level, it is once again becoming more common to see correspondents appearing from home setups as well.

Cable networks are also reverting back to home anchoring in some cases.

Many stations and networks invested heavily in remote production equipment over the past two years — ranging from high tech hookups into anchors’ homes with lighting, robotic cameras and video panel backgrounds that could be controlled remotely to simpler setups using mobile devices and ring lights.

At the local level, many meteorologists began using at home chroma key wall setups, often with less than ideal lighting, a practice that has started popping up again as the coronavirus spread continues.

While most networks and stations had returned to the studios during the summer, fall and early winter of 2021, many of them instructed talent to keep their at home gear handy in the event of another coronavirus spike, which appears to have been wise advice. 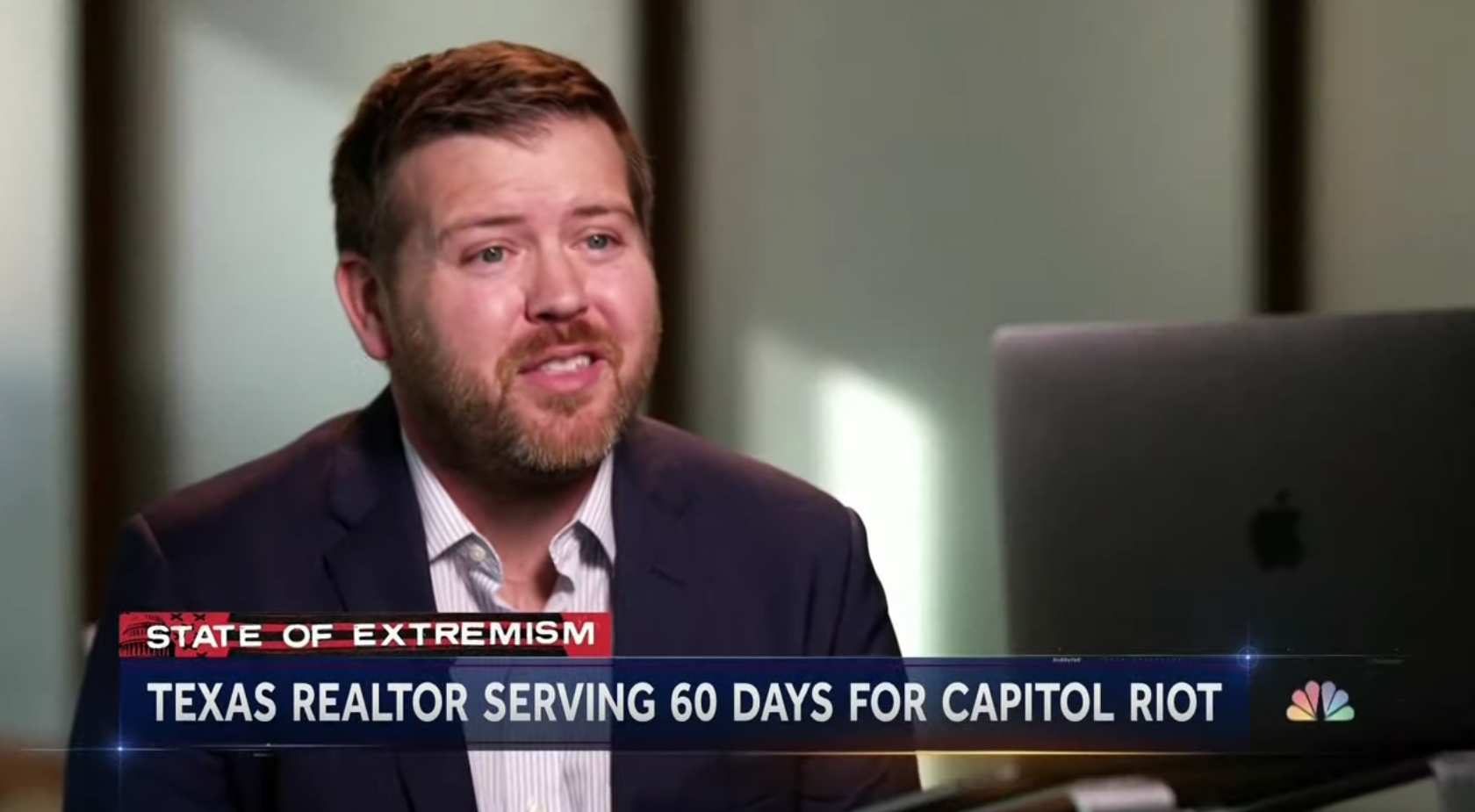 In this interview, the professor on screen is being interviewed remotely by NBC News’ Kate Snow via the laptop to the right of the screen. However, the network dispatched a crew to capture him using professional cameras, while Snow was also captured in a similar manner. The pair were even shown look at their computer screens, rather than directly at the camera as in a traditional video call. This type of setup has appeared on TV news even before the pandemic but become more popular during it.

Editorial and technical staff also largely worked remotely during the earlier days of the pandemic and many broadcasters have continued operating with reduced headcounts in newsrooms and production areas. In some cases, entire shows can be produced and controlled remotely, further reducing the need for workers to come into broadcast facilities.

There are also signs that some broadcast job functions may never return to “in office,” with some sources saying entire teams have been told that they will likely work remotely indefinitely or permanently.

This has numerous advantages, including most notably keeping risk of exposure to potential infections much lower. Staffers also typically don’t have to wear masks when working from home, something that most stations and networks were requiring when in the office, which can make for a more comfortable work environment.

At the network level, “NBC Nightly News,” which was anchored from Lester Holt’s apartment for long periods of 2020 before returning to its normal studio and then moving to Studio 1A in September 2021, has so far continued to originate from the studio.

“ABC World News Tonight” managed to make it through the pandemic so far without anchoring remotely, though it reportedly was prepared to do so if needed. “CBS Evening News” also managed to keep its Washington, D.C., studio open for most of the pandemic, though after a staffer tested positive in the bureau, anchor Norah O’Donnell to broadcasted from an alternative location.

CBS did have a breakout of COVID-19 cases near the start of the pandemic, causing it to shutter its broadcast center in New York for a time. At one point, the network’s owned NYC station featured local news anchored from a sister station in Los Angeles.

Both “Evening” and “Tonight” have also continued to use their respective studios as of this writing, as have “Today,” “CBS Mornings” and “Good Morning America.”

All three morning shows had at least one primary team member anchoring remotely at some point during the earlier days of the pandemic.

Cable news shows are also broadcasting from split locations — either with anchors socially distanced in different parts of the studio or one or more in an alternative location. This includes MSNBC, CNN and even Fox.

Many shows have continued to be filmed without studio audiences, or using reduced capacity along with vaccine requirements or mask mandates to bring some audiences back.

“We’re coming to you live from the studio that we’ve made look like two separate bedrooms,” joked co-host Kelly Ripa at the top of the show.

The pair had been socially distancing in studio with a wider desk using a “blending” technique to make it appear the pair were sitting the normal distance from each other.

“The Tonight Show” remains in studio as of this writing, as does “The Late Show” on CBS. Both had reduced studio audiences as well. CBS’s “The Talk” is also continuing to use its studio.

While most stations and networks continue sanitizing high touch surfaces such as anchor desks and switchers, scientific evidence showing the coronavirus doesn’t survive well on most surfaces has shifted focus to vaccinations, boosters, testing, masking, social distancing, physically separating work areas and other precautions that avoid exposure to the virus in air and preventative measures to boost the body’s immunity against contracting the virus or developing severe symptoms.

All three major U.S. broadcast networks have corporate vaccine requirements in place, though testing is permitted as an alternative. Religious and medical exemptions are also considered.

These rules typically also include employees working at their owned stations in major markets. Meanwhile, local TV stations part of large ownership groups were also preparing to implement vaccine or testing requirements as a federal deadline for companies with 100 or more employees approached in early January 2022.

Although the Emergency Temporary Standard was ultimately blocked by the Supreme Court, many companies, including those outside the broadcast industry are still moving forward with various testing, masking or vaccine requirements.

Despite the SCOTUS ruling, individual companies are generally able to still require vaccines, masking or testing standards if they want, including requiring the jab as long as religious or medical exemptions to any vaccine or similar requirements are permitted.

No major religion in the U.S. frowns on vaccinations and many have publicly encouraged parishioners to get the shots, despite select vaccines were developed using decades old immortalized cell lines that could conflict with religious views on reproductive issues though the vaccines themselves do not contain any material produced by the lines (numerous other prescription and over the counter medications were developed using the same technology).

Many major companies are reporting that all or most religious exemptions have been denied.

For medical exemptions, companies are also only required to provide “reasonable accommodation” to those unable or unwilling to get vaccinated due to medical concerns. This can include placing the employee on unpaid leave but keeping the position open for them when and if they are able to comply with vaccine requirements.

A separate rule working its way through the courts for organizations that receive Medicare or Medicaid funding, which are mostly health care providers, to require the vaccine, is unlikely to affect broadcasters.

Multiple companies and organizations have already terminated workers for not being vaccinated by their own self-imposed deadlines. Others are adding surcharges to unvaccinated employees’ portion of health insurance premiums.