Round 1 results of Set Madness 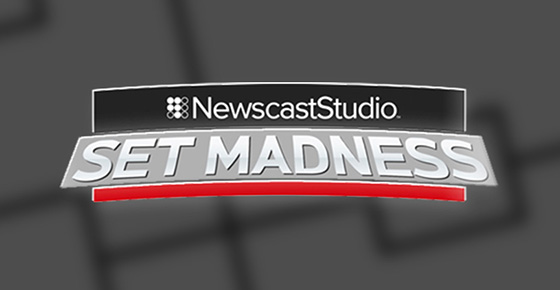 The results are in after a record setting vote in NewscastStudio’s Set Madness.

Thanks for voting in Round 1! Voting for Round 2 begins Tuesday morning and lasts through 11:45 p.m. ET on Saturday, April 12. The winners of that round will be announced the following Monday and voting will open again on Tuesday. The rest of of the tournament will continue with the same pattern, culminating in the winner being announced April 28.