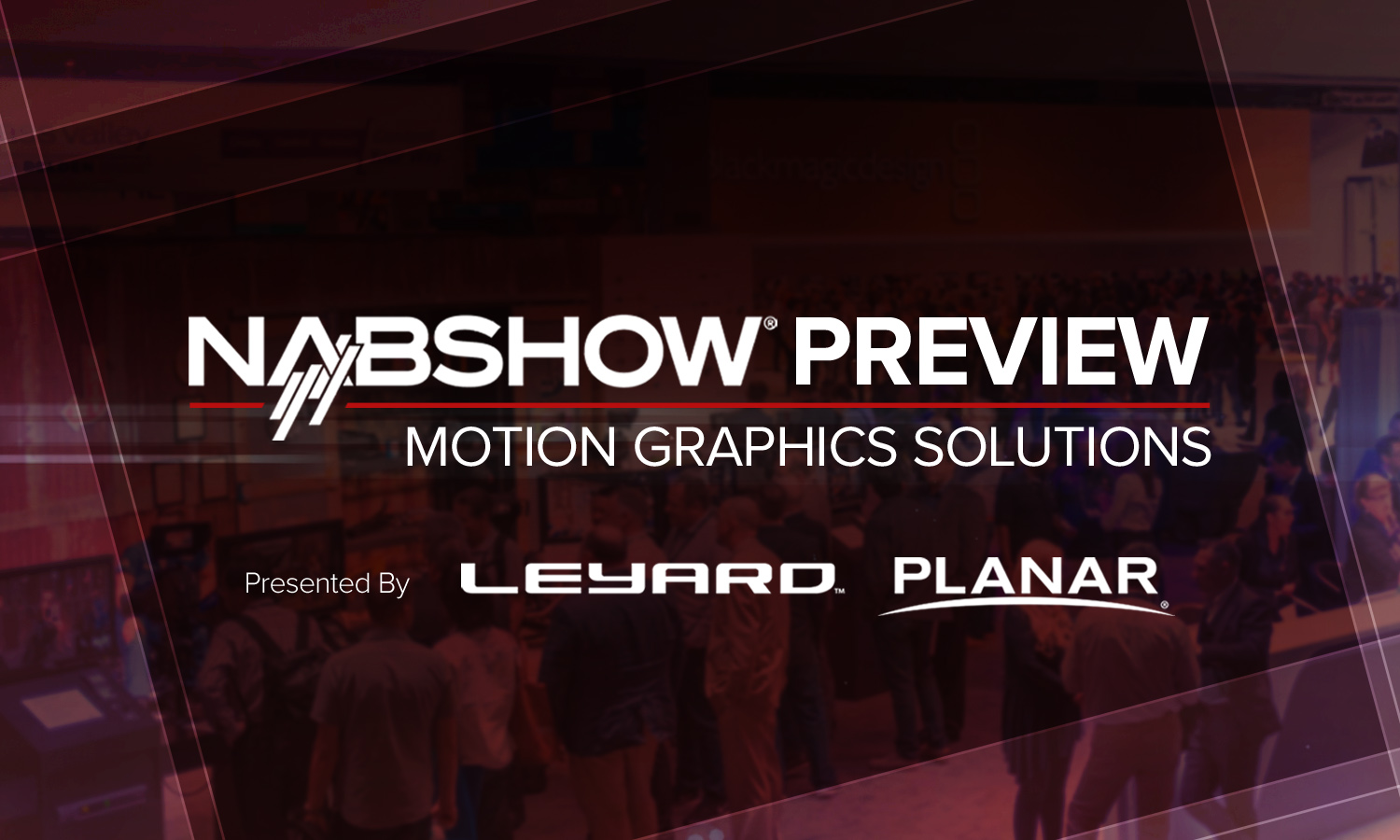 Avid will showcase innovations for everyone from large media enterprises to creative teams, independent professionals and aspiring pros.

These include MediaCentral solutions for sports, news, post-production, and live sound. Avid’s MediaCentral next-generation media production suite powers the simplest to the most complex workflows, connecting every user in a completely integrated workflow environment with a unified view into all media.

It gives sports, news, and post-production teams the power to create and deliver more content quickly and efficiently.

Brainstorm Multimedia will feature the latest in its Aston and eStudio family, which can create sophisticated graphics for broadcast, alongside its InfinitySet virtual studio and augmented reality solution.

For the election, Brainstorm will also focus on AstonElections, its cost-effective and extremely user-friendly, template-based intuitive application intended for graphics coverage for broadcast elections.

Maxon will highlight the latest release of its popular Cinema 4D software.

The company will also feature many guest speakers in its booth, showcasing the power of Cinema 4D for graphics creation and virtual reality.

ChyronHego will show the latest updates in its end-to-end production workflow, part of the Camio Universe.

ChyronHego will feature Prime 3.0 including a tighter integration with Camio and HDR output capability.

FOR-A, the exclusive North American distributor of the ClassX content creation and playout system, will feature 4K upgrades to its product lineup.

NewTek puts the power in the hands of the creators with end-to-end solutions for IP video creation.

The recently announced NewTek NDI PTZ1 – the world’s first TV-production grade pan/tilt/zoom camera that is truly plug and play – comes with built-in NDI functionality and transmits full 3G 1080p 60 video directly to NDI-compatible products across a standard network. The camera connects to a network and delivers pristine video and audio, as well as tally, PTZ control, and power all over a single Ethernet cable.

Ross Video will highlight many product upgrades, including the newest versions of XPression Studio, Frontier and Lightning.

Version 8.0 of XPression will support importing of models, mesh and lights created in Cinema4D and Autodesk’s FBX interchange formats, along with providing the ability to render scenes using HDR and hybrid log gamma (HLG).

Vizrt’s NAB Show experience will include the “Big AR Show,” focusing on how broadcasters can utilize augmented reality and virtual studios for news, sports and entertainment. AR is a key part of the company’s newly upgraded sports analysis solution, known as Viz Libero AR.

As well, the company will show the latest updates to its Viz Engine platform and new integration with Adobe Creative Cloud.

Also of note, Vizrt has released a free version of its Viz Artist design tool, enabling a new generation of designers to begin experimenting with broadcast graphics creation.

Ventuz will show the latest in its broadcast graphics solution along with new augmented reality integrations.

With Ventuz X, the real-time graphics software developer Ventuz Technology shows their most comprehensive approach to the presentation of data-driven graphics in broadcast and live events yet.

Zero Density will feature the latest version of Reality, a virtual studio solution.

The updates include the latest Unreal Engine support alongside an HDR rendering pipeline and video wall support with portal window functionality.